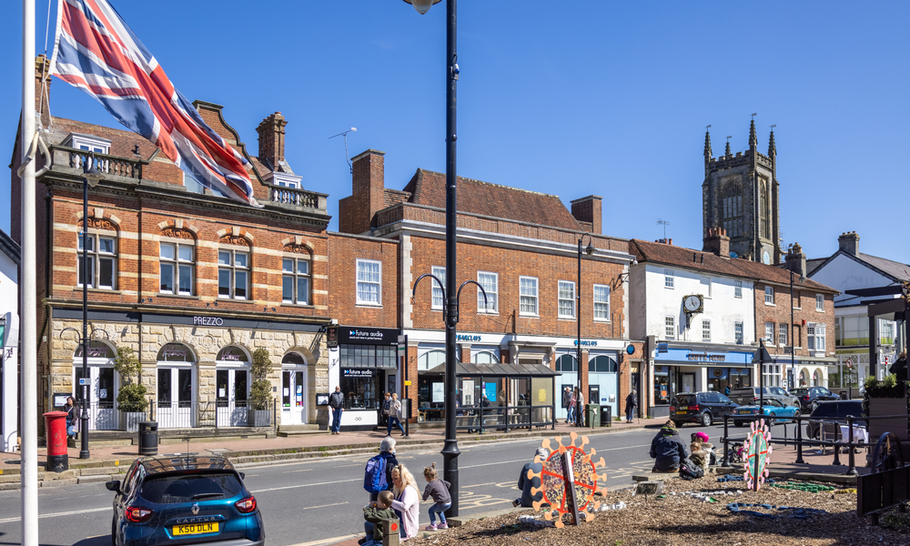 Society is currently divided between those who own their home and those who don’t. Today, the property pages of newspapers and magazines are eliciting two opposite responses from these strata. While homeowners are delighted with the news that average house prices are now £256,000, renters and young people only heave another weary sigh. Their dismay is justified, for the odds are truly stacked against them. Indeed, house prices are now ten times average wages.

Quite rightly, the Government has realised this cannot go on and has proposed a radical set of planning reforms to allow young people to get onto the housing ladder. By creating Growth Zones where development can be fast tracked, and by requiring clear-cut local style guides, housing supply should be significantly boosted, and prices will fall.

While it’s wonderful that these reforms are in the works, I fear they are almost bound to fail. Why? Because they will invariably come up against one of the most powerful forces in any political system: the self-interest of politicians driven by the Nimby factor.

Given that home-owners make up 63 per cent of the population, and an even greater proportion of the voting base, diminishing the value of their homes is always going to result in an electoral backlash. Only consider the case of what happened in the Sussex town of Burgess Hill in the 2019 local election. There the Conservatives went from holding twelve seats on the district council to a measly two, mainly due to substantial development, even with advanced infrastructure put in place. Local or national politicians therefore have no incentive to vote for reform. The fact that the Government has already dropped the planned algorithm to allocate more housing to the South East, where homes are least affordable, is testament enough to the Government’s fear of backbench rebellion from not-in-my-back-yard (Nimby) MPs intent on keeping their seats at all costs.

This isn’t a caricature. As a councillor in the leafy Sussex town of East Grinstead, I’ve seen the Nimbyism of Conservative councillors first hand. If a development was ever proposed which facilitated parking and spacious living, it was always met with objections on the grounds that the town would lose a green space. Conversely, if a development was proposed on a brownfield site in the centre of the town, it was labelled overdevelopment and objected to for a lack of parking. Whatever the development was, councillors always seemed to find a reason to object to it, and usually with many angry Nimbys backing the refusal.

Part of the problem is the vague nature of local district councils’ planning policies. For example: Mid-Sussex District Council has a policy requirement for development to “include…appropriate landscaping and greenspace” while simultaneously optimising “the potential of the site to accommodate development,” makes a mockery of the whole process. Who determines what’s “appropriate” or what “optimises” development? Councillors, of course, and they interpret these words in whichever way they wish in order to block whatever development they dislike in order to gain re-election.

Whilst I was on the planning committee of my local council, I interpreted this planning policy in a manner which allowed for substantial development. Lowering East Grinstead house prices was my central concern. Needless to say, I was the only one supporting more housing, and I was met with much disapproval. Fellow committee members told me not to interpret the policy in the manner I was doing, and instead to “play to the gallery”. I refused. For me, making East Grinstead affordable was far more important than satisfying Nimby homeowners.

I was consequently thrown off the planning committee. Only Nimby voices now remain.

Similar forces are now in motion against Johnson and Jenrick’s planning reforms. Iain Duncan Smith is already pointing to the fact development is “harming Tory electoral chances”, and a great number of Conservative MPs raised their opposition to the plans during the Queen’s Speech debate, including Theresa May and Liam Fox. Nothing unites the Tory party more than electoral self-interest; this is the force Johnson is now up against.

Of course, residents and politicians will dress up their opposition to the plans in far more appropriate clothes than blatant self-interest. As is always the case, the plans will be opposed for not providing the appropriate infrastructure. But this excuse just doesn’t wash. The Government’s White Paper on the reform has made it quite explicit that any future infrastructure levy will raise substantially more than current Section 106 Agreements. And if that doesn’t satisfy the rebels, then they should make amendments to the forthcoming Bill, rather than voting it down entirely.

Those opposing these reforms, however, are right to point out the new rules will give residents less of a say over development. Growth Zones would minimise the role of councillors in order to meet higher housing targets. But this shouldn’t keep us from passing the reforms; it’s simply a necessary feature to increase the housing supply. If councillors and MPs were given the opportunity to take the homeowning majority’s concerns to heart, then they’d oppose almost all development. And why wouldn’t they? It’s entirely in their own electoral self-interest.

Johnson must oppose this self-interest, and face down the Nimbyism of his own politicians and voters, by pushing through these planning reforms. Such a course of action will not be popular, parliamentary and council seats will be lost, but it is the right thing to do. And with a majority of 80, now is the opportune moment. Any electoral price to be paid could be more than adequately weathered. The alternative is to leave a generation locked out of home ownership forever by the Nimby factor. This is surely not something that Conservatives, the party of home ownership, could ever want to see.