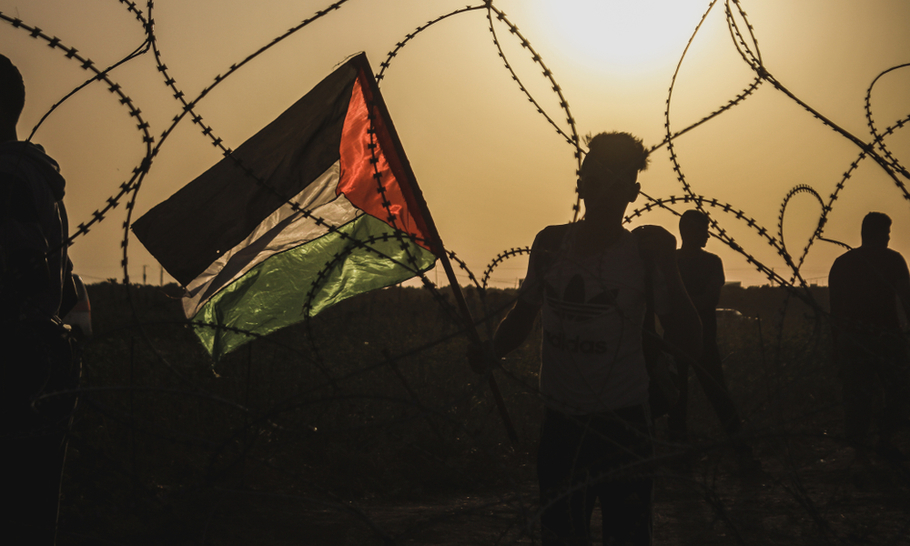 Protests at the Gaza-Israel border 2018.

Secular states like religion to be a private matter. Religious leaders are perennially warned “not to meddle in politics”. So how come the Chief Rabbi’s article in the Times last week, widely described as “unprecedented” in its attack on the leader of a political party campaigning in a general election, didn’t receive the usual treatment?

The answer is simple — because however outspoken the Chief Rabbi’s denunciation of the Corbyn Labour Party, it expressed a genuine concern among British Jews that was widely considered legitimate.

More can be said. The charge of anti-Semitism that has bedevilled the Labour Party under Jeremy Corbyn emerged as part of a strident public debate in which British Jews felt threatened. For many, the land and state of Israel are at the same time both a cherished theological and political reality. Many view their future looking back over the rim of a historic abyss, the Holocaust.

The conversation that can arise from this history is intensely charged, especially when it turns to Israeli human rights violations. These have been shocking, for example, when Israeli live fire at the Gaza border killed over fifty Palestinian demonstrators and injured 1,000 on 14 May 2018.

The term “Zionism” is at the heart of debates concerning Israel. Neither side in the war of words bothers to define what “Zionism” means and so it has become an empty container to be filled with whatever meaning the user wishes. It is through one such usage that anti-Semitism rears its ugly head and has rendered “Zionism” a word so freighted with insidious meaning that wise speakers avoid using it.

I have had experience of how this happens. During the last decade of the apartheid regime in South Africa, the young black ANC supporters I knew would often report killings by the South African military as “the Boers have killed…”. I think I did the same myself. Were we being racist when we spoke of the Boers? Was it shorthand? Perhaps sometimes. In more reflective moments the words used were “the system”.

When it comes to the Left, and today’s Labour Party, its anti-Semitism springs from an elision of this kind: where the acts of an individual are seen as representing those of a state — of an entire race, even. The conclusion is that the people in question are somehow collectively responsible, and from this, much poisonous pseudo-reasoning follows.

Full-frontal anti-Semitism has not gone away. Think of the Nazi-style cartoon put up in Tower Hamlets, which the council subsequently removed. Jeremy Corbyn supported the artist, incredibly — he claimed — without bothering to examine the cartoon. Jewish MPs have been “hounded out” of the Labour Party. Is it any surprise the Jewish community is worried?

The Labour Party’s internal deliberations over this anti-Semitism scandal will only emerge after the election, when the independent Equality and Human Rights Commission releases its report. But a variety of anti-Semitism has clearly manifested itself within the Labour Party and with an uncontrolled influx of allegedly 500,000 new members, the number of cases has mounted up.

Here the weakness of Corbyn’s leadership became obvious. Weeding out offenders started too slowly and took too long. The buck stops at the top. On this, Corbyn has failed.

But is he anti-Semitic? The Chief Rabbi justifiably worried about the soul of Britain, but the old warning about looking into men’s souls — Corbyn’s soul anyway — should apply. Better to focus on what he has, and hasn’t done. He has clearly shown a lack of political and prudential judgement, and very little understanding of Jewish concerns and feelings, and of the impact of their historical experience.

Fellow religious leaders, sensitive to the growing persecution of religious minorities around the world, have shown Rabbi Mervis great solidarity. The Archbishop of Canterbury underlined the “deep sense of insecurity and fear” in the Jewish community. But the Chief Rabbi risks being seen, inappropriately for a religious leader, as overly politically partisan.

It might be wise now for him to give an equally timely warning to Johnson. The following wisdom from the Talmud recommends itself as good counsel: “The liar’s punishment is that even when he speaks the truth, no-one believes him.”