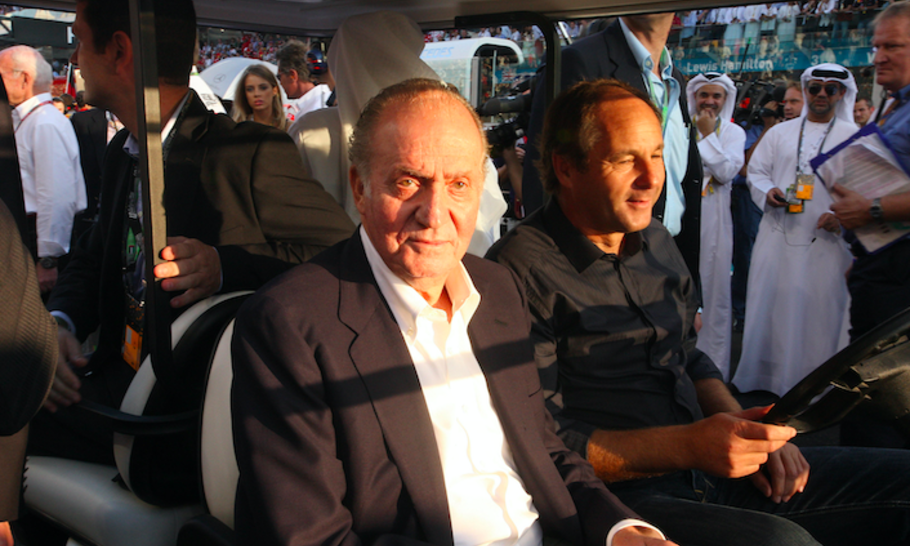 Kings of Spain have been famous for their lonely retreats at the ends of their reigns. Philip II built a monastery at the Escorial near Madrid where he insulated himself from the cares of empire; his own quarters were as austere and as bare as any monastic cell. Charles V (who was also the Holy Roman Emperor) retreated to another monastery of Yuste in the Gredos mountains in Extremadura, when he “retired” as King and Emperor. Former king Juan Carlos I is in a different sort of retreat in an extravagant hotel in the deserts of Arabia. And the landscape is not the only difference. He is there against his will.

Since he has not been exiled in a formal sense, his legal status abroad remains nebulous. It is thought to have been the Royal Household which suggested that, in the wake of the corruption crisis in which he was implicated, he must leave the country, which he then did in August 2020. Others say it was his son, Felipe VI, with whom relations have soured, who insisted on the move. The Spanish government played a part. Ministers felt that he needed to leave in order to save the institution of the Spanish monarchy from crumbling entirely under the crisis that had engulfed him.

His supporters allege that any misdemeanours need to be handled via a full legal investigation. This has been simmering on for some time. The Spanish Attorney General, Dolores Delgado, has asked for a further six months to establish the case against the ex-King, involving detailed analyses of cases involving foundations and Swiss bank accounts and undeclared commissions, although a Swiss judge has now announced that there is not enough evidence in the case before him. (It is not that he “ stole”   from the Spanish people per se, but that he failed to declare “ gifts” from international consortia or Saudi monarchs, which should have been subject to tax). Thus far Delgado ’ s team has not yet established its case, and Juan Carlos has redoubled efforts to sort out his financial situation. Even a King deserves due process.

But then there is the other interlacing scandal of his vengeful Danish ex-mistress, Corinna zu Sayn- Wittgenstein , to whom he gave (or, he alleges, “ lent”) €65 million. That gift was allegedly a reward from the Saudi King for his role in a high speed railway contract in Medina. Though if the millions were lent, it looks all the more as if it was in an effort to hide them. But Corinna’s sense of vengeance (and entitlement) is such that she is suing her former lover in the London courts over harassment by his agents (who were trying to get it back).

In the light of these woes, it is not surprising that the former protagonist of the Spanish transition, the man who was in many ways the enabler of Spanish democracy, by divesting himself of the powers bequeathed on him by General Franco in the 1970s, who did so much to bridge political divisions, who was once described in glowing terms by the old leader of Spain ’ s Communist party (Santiago Carrillo), as “ the hinge between the old apparatus of the State and the authentic democratic aspirations of civil society”, is now longing to return home. That the Swiss judge has dropped a corruption case has emboldened him to do so. He is entirely alone and could see out his last days in the desert. Is it fair on an old man who did so much for Spain?

But should he? What would such a return do for Spain? There are many who may have sympathy for the old King, but who recognise that his presence could jeopardise the position of his son and the institution. The monarchy in Spain has many detractors, on Right and Left and amongst vocal separatists. His return would be become a focus of resentment. The government of Pedro Sanchez believes the King should not be allowed to live in his old Palace, and it would be hard to be seen in public, to go to restaurants, to socialise openly, which might well be the rationale for returning in the first place. A political giant in his time, Juan Carlos has been undone by misjudgements on money and women. Perhaps having secured his reputation and completed his role by the mid 1980s, he felt free, like an elderly Icarus, to live as he wished. A man of a different age, he could scarcely have imagined that such errors of judgment would bring him to this point.

A longing to return is understandable for an isolated old man, left in limbo in Abu Dhabi, but it is fraught too with potential hazards, legal and political. A Spanish monastery may yet be the ideal place to reflect on the purgatory he has entered. But any actual conclusion to the matter would inevitably be wretchedly divisive. No wonder he has been urged to remain in the Arabian desert.