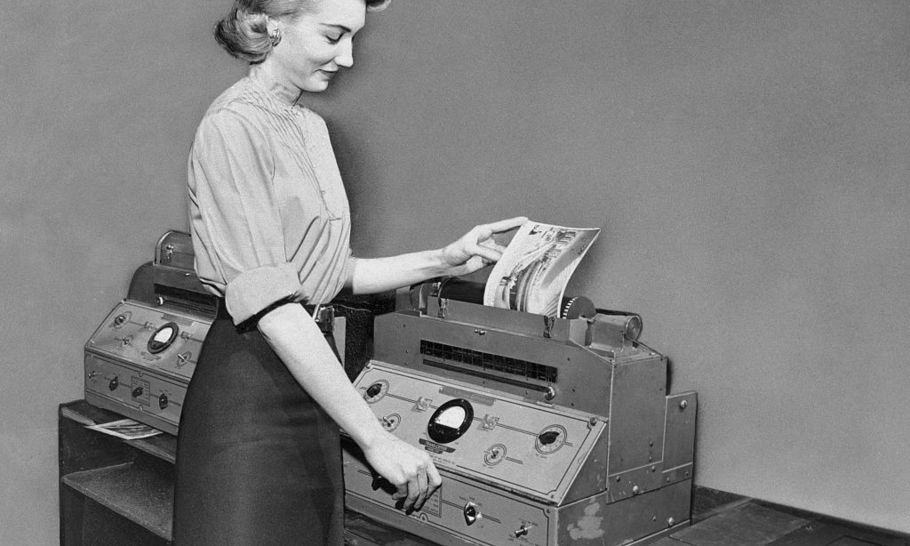 The life of technologies is not unlike that of people. They are conceived, they are born after a period of pregnancy, they have their childhood and adolescence. They progress to adulthood, they flourish, they reach their peak, they strut and fret upon the stage for a while, and then they are heard no more. In my field of communications this happened again and again. Telegraphy? Dead as a doorknob. Telex? Long deceased. The French Minitel? Not even a memory. Telephony survived but not in a form that would be recognisable by Alexander Graham Bell.

There are also those which were not even allowed the luxury of birth. They died in the womb. I know. I worked on a technology in the 1960s that promised to increase the number of telephone channels between major cities in the UK from a few dozen to about a hundred thousand. Alas, by the time the equipment was ready to install, a better technology, a more efficient technology in the form of the optical fibre, was born. The one on which I worked was heard no more.

Fax machines, more or less, followed the same trajectory. When were they born? Very few people know it. It gave me a chance to exercise my favourite pastime-betting. “I bet you,” I said to an innocent victim, “that you will not be able to name the decade when fax machines were first put in service. I give you three guesses.“ The bet was usually taken, some decades named, the earliest was the 1920s, but nobody, not a single one among the two dozen people who took the bet, got it right, not even after the third guess. When I told them the actual date they did not believe me. So where and when did fax service start? The first line was set up between Paris and Lyon in 1865. The service came to an end five years later with the Franco-Prussian war. It was not resurrected after the war.

The idea could not have come before the adoption of electrical telegraphy for the reason that faxes and telegrams were to be transmitted on the same lines. The first telegraph line in the UK was installed between Paddington and West Drayton in 1839. How much later came the first suggestion for a fax machine? Quite soon. The first patent was taken out by Alexander Bain, a Scottish inventor, as early as 1843.

The basic principles of telegraphy and sending facsimile, are practically the same. The difference is in the coding. Telegraphy has a code (e.g. the Morse code) for each letter. If we take the English alphabet that means 26 different codes. Fax is much simpler. It needs only two codes: one for a white spot and one for a black spot. In the actual realisation the image is scanned and a series of black and white spots are transmitted.

The period of gestation, if we ignore the five years of the Paris-Lyon fax line, was very long. Although there was no shortage of inventors during the rest of the 19th century, it was not until 1902 that Arthur Korn’s device became commercially available. By that time, the demand was there. Photography became widespread and cheap. Various newspapers competed with each other to bring the latest news in pictorial form. One of the pioneers was the French journal l’Illustration. It announced the invention in its issue of 24 November 1906, the front page of which showed a photograph transmitted from Berlin to Paris. Soon after, Edouard Belin invented a portable fax machine just in time to be used during the First World War to send pictures from the battlefield.

American newspapers were a little behind because they mainly served a local population with little interest in the world outside. However, the captains of industry realised that picture transmission was the future. In an after-dinner speech the chairman of the Radio Corporation of America pointed strongly at that future. He said, “the new possibilities of radio should make it feasible for us to say ‘ZIP,’ and a page of London Times is in New York City. Not being an engineer I am not interested in the details: that is your job.” The engineers of RCA got cracking. They completed the feat of sending a fax across the Atlantic and back with only some minor distortions of the image. By 1926 RCA introduced a commercial fax service.

After the Second World War, four major American newspapers, the Miami Herald, the Chicago Tribune, the Philadelphia Inquirer, and the New York Times had experimental fax transmissions. But the new availability of television killed the project before it was born. People preferred moving images.

A factor that ushered in the mass availability of the fax machines was the Carterfone decision in the US in 1968, which forced the telephone companies to allow direct access to their networks. The Post Offices in Japan and in Europe followed suit. After that it was the usual positive feedback mechanism that ensured the fast growth. Lower prices led to more offices adopting the fax machine, and a larger number of machines sold, led to economies of scale in the manufacturing process and hence to lower prices. In fact, the price of fax machines declined by a factor of thirty in the period between 1980 and 1992. In the UK there was a further factor that helped the introduction of fax machines. The country’s very efficient postal service ground to a halt in 1987 owing to a strike by postal workers and it is one of the rules of economics that the suspension of a service, even for a short time, can lead to the take-off of a rival.

Fax ownership was mainly confined to business users — it was never intended that there should be a fax in every house, and a little fax for every child. The decade from 1986 to 1996 started with a relatively small number of fax machines, about a hundred thousand both in France and in the UK, rising to about 2.2 million in France and to 1.2 million in Britain by the end of this period. The international comparison in 1996 showed that Japan was leading with about 100 fax machines per thousand population followed by the US with 80, Italy had 36 and the UK was down to 20. The leading position of Japan was probably due to their alphabet. The US figure is high because it is the US. The relative positions of Italy and the UK may be explained by the quality of their respective Post Offices: excellent in the UK, anarchic in Italy.

After 1996 there was still a modest increase but saturation was soon reached. Their exit was inevitable although they have been putting up a good fight trying to delay the day when the last fax machine is moved to a museum.

The problem with the fax was that there were so many downsides. In contrast to email it relies on telephone lines, it costs money, it uses loads of paper, it is less secure. A major blow to fax in the UK came at the beginning of 2019, when the UK government issued an order to the NHS, immediately suspending the purchase of fax machines and phasing them out completely by the end of March this year. The end in the UK is nigh. The demise will surely be mourned. Exit is a sweet sorrow. A sorrow because something familiar is going to disappear and sweet because of the joy of getting rid of an obsolete technology. That means you can replace it with something up-to-date.