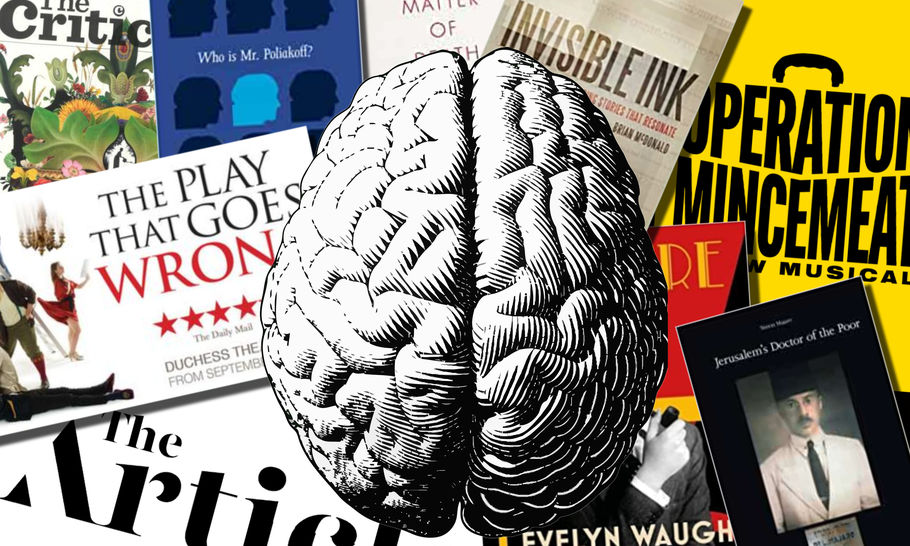 Some of the best books I have read in the last couple of years have been self-published. Perhaps the most interesting thing about this is the range of subjects, from 1920s Oxford to Jewish refugees during the Second World War. Martha Leigh’s family memoir, Invisible Ink, published by Matador in 2021, tells the extraordinary story of her parents. Her mother was a concert pianist from Czernowitz (now in Ukraine) and her father, RA Leigh, was one of the leading Rousseau scholars of the post-war period, who rose from humble beginnings in the Jewish East End to become a professor at Cambridge.

Simon Majaro has also written a fascinating family memoir, Jerusalem’s Doctor of the Poor, about his father, a refugee from the Russian Revolution, who settled in Jerusalem and for sixty years treated Jews, Arabs and Christians alike. Majaro has now written his first novel, also published by SML Publications. Who is Mr. Poliakoff? is a historical thriller which moves between the German invasion of the Soviet Union and the Gulag to spies in Israel.

David Fleming has just published his first book, Hellfire: Evelyn Waugh and the Hypocrites Club (The History Press, 2022), a fascinating and well-told account of an extraordinary group of figures in interwar Oxford, including Waugh, Anthony Powell and the political journalist Claud Cockburn.

The veteran TV producer, Martin Smith, has also recently published a new book, Matters of Life and Death (independently published, £9.95 from Amazon). It is based on a set of talks on contemporary history which he gave for a community radio station in Bristol during Covid, ranging from eugenics to colonialism, and from the Holocaust to Putin.

This is just a small selection of new books which couldn’t find a home with mainstream publishers, but are all well-written, handsomely published and take on important and often little-known subjects.

Another exciting trend in publishing is the rise of small, independent publishers such as Pushkin Press and Persephone Books, Notting Hill Editions, Carcanet Press and Fitzcarraldo Editions (see my recent piece for TheArticle of 16 June 2022). These publishers have championed authors, often neglected and in translation, who have gone on to win recognition as Nobel prize winners and bestsellers.

This is part of a larger trend in British culture – the rise of independent voices outside the mainstream, whether in publishing, theatre or journalism. In theatre, some of the best shows in recent years have been put on by small companies. One case is the critically acclaimed musical, Operation Mincemeat, written and performed by SpitLip, which is about to transfer to the West End after successful runs at the Southwark Playhouse and the Riverside. Another is Filter Theatre, who have put on extraordinary productions of Twelfth Night, Macbeth and A Midsummer Night’s Dream. And, of course, there is Mischief, who started with the hugely successful The Play That Goes Wrong. These have all been among my favourite theatre productions in the past decade: the funniest, the cleverest and the most imaginative.

In recent years, a number of new magazines and websites have started up, including TheArticle (online) and The Critic (online and hard copy). Abroad Leon Wieseltier has started up Liberties in the US, with contributors including Michael Ignatieff, Michael Walzer and Robert Alter, and in Australia, the publisher Morry Schwartz has revived The Jewish Quarterly, with contributors ranging from Simon Schama and David Grossman to Benjamin Balint and Deborah Lipstadt.

Another exciting new development in journalism has been the emergence of Substack, with leading British and American commentators like Bari Weiss, Andrew Sullivan, Matthew Goodwin and economic historian Adam Tooze setting up their own columns online. Some are academics, others leading journalists who left prestigious papers like The New York Times and The Sunday Times to find more creative autonomy on their own at a time of growing conformity, even censorship in the mainstream culture.

These are all signs of the times, just as in the 1980s and 1990s independent TV production companies and small film independents (Miramax, Goldcrest and Working Title) changed the media world on both sides of the Atlantic. The ambition and creativity of this new generation of independents are hugely welcome. Whether as publishers, theatre companies or self-publishing writers, they have brought exciting new voices to British culture.