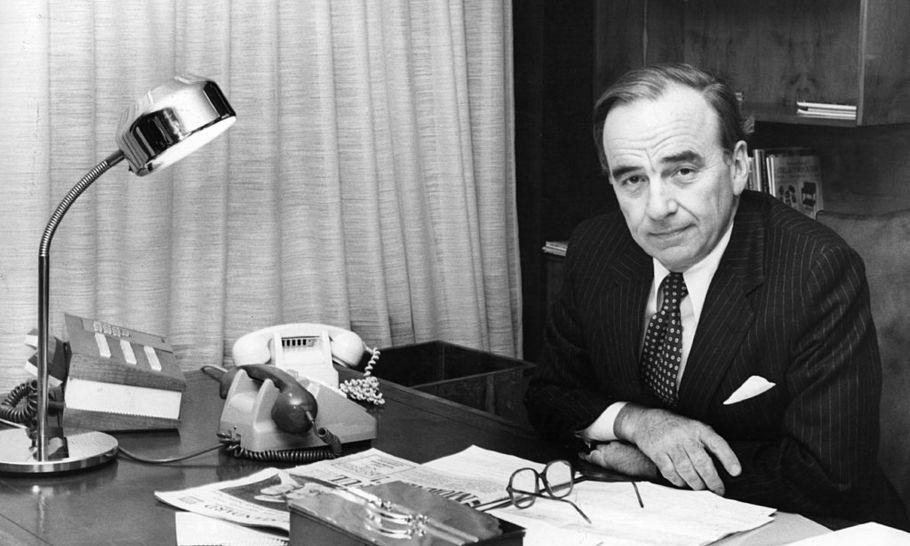 Rupert Murdoch has always been an object of fascination. He was the model for Lambert Le Roux, brilliantly played by Anthony Hopkins in Pravda (1985). Dennis Potter famously called his cancer “Rupert” because of his loathing of Murdoch. Barry Humphries played Murdoch in the TV mini-series Selling Hitler (1991) and Brian Cox played a media tycoon, Logan Roy, based on Murdoch in the HBO series, Succession (2018).

Now comes The Rise of the Murdoch Dynasty, a three-part documentary series shown on BBC2 and still available on BBC iPlayer. The Guardian, the Independent and the Telegraph all gave it four stars. This says more about the terrible state of TV reviewing in the British broadsheets than it does about the series.

First, the series begins in 1995. Why? What about Murdoch’s background in Australia, his first thirty years in Britain, taking over the News of the World (1968) and the Sun (1969), acquiring the Times and Sunday Times (1981) and launching Sky in 1989? This was when he revolutionised tabloid newspapers and satellite TV. These crucial early years barely get a mention.

Second, there’s the question of bias in the series, raised by Stephen Glover in his hatchet job in the Daily Mail. The interviewees are mostly from the liberal press in the US and UK: Alan Rusbridger and Nick Davies from the Guardian, journalists from the Washington Post, New York Times and the New Yorker, but none from the Murdoch-owned New York Post or Wall Street Journal. There are interviews with two reporters from the News of the Worldand a few editors and executives who once worked for Murdoch: Les Hinton, David Yelland, Roy Greenslade, Piers Morgan and Andrew Neil, but apart from Neil they offer little insight and only Yelland and Hinton worked for Murdoch in the last 25 years.

Above all, there are the absences. There are no interviews with anyone from the Murdoch family. No Rebekah Brooks — she is much mentioned but never interviewed. No interviews with any of the Prime Ministers or Presidents who had dealings with Murdoch. The political figures who are interviewed are relatively small fry. No interviews with Michael Gove or Priti Patel who both attended Murdoch’s third wedding (when he married Jerry Hall), Ivanka Trump (a trustee for the trusts set up for Murdoch’s two youngest daughters) or Tony Blair (godfather to one of Murdoch’s children). This is the view from the servants’ quarters: Alastair Campbell, Anthony Scaramucci, a couple of reporters from the News of the World. It’s a story told by yesterday’s men: Tom Watson and John Prescott, Heseltine and Steve Bannon.

There is plenty of gossip. Roger Ailes, from Fox News apparently said, looking at James Murdoch, “Tell me that mouth hasn’t sucked cock.” One journalist says that Ailes tipped Trump off about the questions for the first TV debate during the Republican primaries. Andrew Neil says that Blair spoke as much to Murdoch during the week leading up to the Iraq War as he dd to his Foreign Secretary or Defence Secretary.

But there’s nothing about the money and the deals that led to Murdoch’s extraordinary multimedia empire. Little about the deals with all those Prime Ministers and Presidents. Thatcher famously let Murdoch buy the Times, Cameron apparently let him acquire a bigger share of BSkyB when Brown wouldn’t. No wonder Episode One is called “Kingmaker”. Politicians allegedly helped him buy an empire in exchange for his support and turned a blind eye to the phone hacking and the complicity of the police. But none of this is new.

Worse still, little of this is interesting. The people you really want to hear from either never agreed to be interviewed or seem to have hit the cutting room floor. There’s not enough of Andrew Neil, the only smart person in the programme. And where is David Elstein, former head of programming at BskyB, one of the few Murdoch executives with a brain the size of a planet?

The series has too much gossip, too much speculation about who was the frontrunner to succeed Murdoch, and then fizzles out with an overlong section about Murdoch’s climate scepticism. The best parts are about Murdoch’s support for the Iraq War and Brexit (lots of Farage here) and how he made his comeback by supporting Trump. But the interesting stuff is not new and the new stuff is not interesting. Four-star TV? Not in a million years.