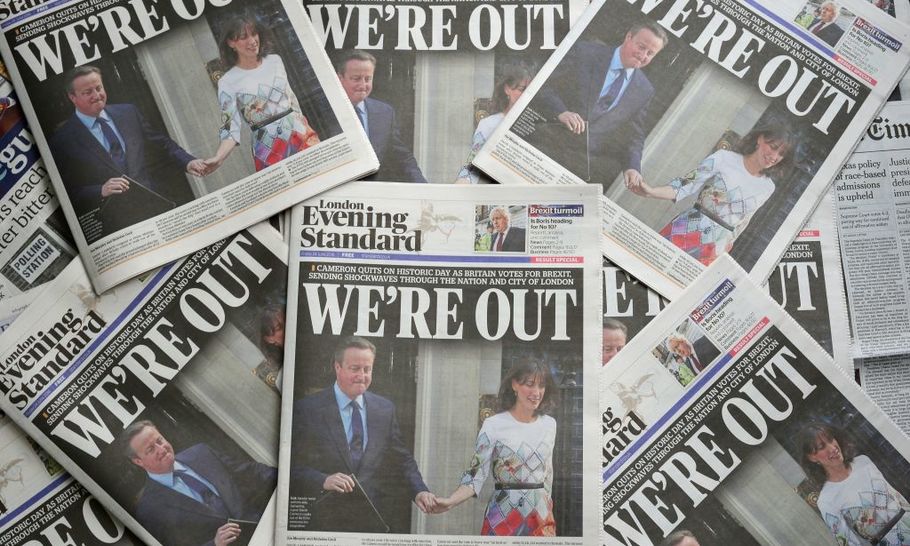 £8.4 million — it was the biggest ever political donation in British history, and made by an insurance salesman made uneasy by immigration and who opposed Britain’s membership of the European Union. Arron Banks gave this enormous sum of money to the 2016 Brexit campaign.

If that money came direct from Banks’s bank account, then it was perfectly legal. (Banks has not been found to have breached electoral law). Foreign donations to elections and referendum campaigns have to be declared and identified. One of the biggest failures of the 1997 Labour government was not to adopt clear laws limiting political donations. Britain failed to ban donations by rich individuals or rich trade unions who want to buy influence.

Instead money continues to flow into political parties from the super rich, in exchange for access, peerages, and contracts.

Banks’s close associations with the Russian government are not disputed. His own published accounts of his involvement in the Brexit campaign recorded meetings with the Russian ambassador Alexander Yakovenko, a close Putin associate. A Russian spy, Alexander Udod, was tasked with getting close to Nigel Farage, Ukip and Aaron Banks. Udod was expelled from the UK in 2018 following the attempted murder of Sergei Skripal in Salisbury.

The Skripal killer squad came from the GRU, the Russian military intelligence agency, headed up to 2016 by Igor Sergun. He was a strong advocate of Brexit, not from any reasons of “taking back control” or other anti-EU arguments advanced over many years by British politicians and journalists of right and left but simply because Putin intensely disliked the role of the EU as a supra-national body which imposed sanctions on Russia after Putin’s invasion and annexation of Crimea.

Putin had funded other anti-EU politicians like Marine le Pen in France, the Alternative für Deutschland in Germany and the anti-EU Lega party of Matteo Salvini in Italy. In a sense this was no more than the continuation of a long-standing Russian practice since the 1920s of providing money for politicians and organisations which sympathised with Russian foreign policy objectives.

In evidence to the House of Commons Select Committee on Culture, Media and Sport, Banks and his associate, Andy Wigmore, denied any Russian connection.

Banks had been in Moscow and at least three business deals were offered at the Russian embassy or by Russian agents to the pair. The Russian ambassador and the spy Udod were invited to parties hosted by Banks.

The Electoral Commission did refer Banks to the National Crime Agency but Theresa May did not order the intelligence agencies help provide evidence. She refused to accept that any question mark might be placed over the very narrow win for Brexit when 36 per cent of the total registered electorate voted to leave the EU. Jeremy Corbyn has been a life-long opponent of EU membership and had voted against every EU treaty in the House of Commons since 1983.

With the arrival of Boris Johnson and a 100 per cent Brexit cabinet, the political establishment began to instinctively retreat from the notion that Russia may have influenced Brexit. Labour’s new leader, Sir Keir Starmer, also wants to shut down Brexit, believing that to challenge it would alienate Labour Red Wall voters who voted out in 2016.

In a new book Going Dark, Julia Ebner, a researcher at London’s Institute for Strategic Dialogue, reports on Russia’s Internet Research Agency, a Putin trolling operation that reached one in three Americans between 2015 and 2017 when Putin tried to get Trump elected. The Internet Research Agency set up 3,841 fake twitter accounts to pump out Kremlin lines on Trump and also Brexit. The Russian state-controlled TV station, RT, and linked news agency, Sputnik, based in in Edinburgh, provided endless platforms for anti-EU commentators, economists and politicians.

Banks may have gone too far with the chutzpah of his latest demand that he be allowed to see and challenge the suppressed Russia report that the Intelligence and Security Committee of the House of Commons produced last year, and which is released today. Johnson delayed publication but after the farce of his failed efforts to impose Chris Grayling as ISC Chair, we will now get to read it. The ISC Chair is Julian Lewis, a pro-Brexit Tory MP who has spent his political life seeking to expose the baleful Russian interference in democratic politics.

In the end Banks will survive as it was his legal right to give money to a political campaign. The fate of Brexit will be settled not by uncovering the origins of that £8.4 million, but on whether in 12 or 24 months’ time Brexit has brought us freedom, as the Brexiters always claimed it would, or whether we are left out in the cold.