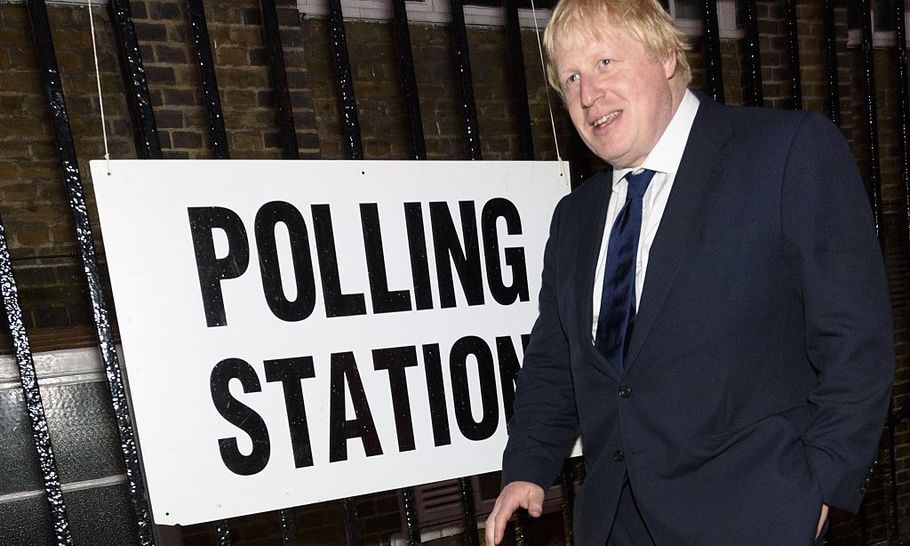 Is a Conservative victory now inevitable? The weekend polls, reporting leads ranging from eight per cent (BMG and ComRes) to 16-17 per cent (Opinium and YouGov), suggest a gradually widening gap, with the Tories benefitting from the fading fortunes of the Brexit Party. If the Conservatives enjoy a double-digit lead in the nationwide popular vote on December 12, Boris Johnson is likely to secure an overall majority, and the ability to deliver Brexit by January 31.

However, he has not yet sealed the deal with the electorate. Johnson remains vulnerable on three counts.

First, he is not that popular. According to the latest Opinium survey for the Observer, just 30 per cent say he is trustworthy, 29 per cent think he is “in touch with ordinary people” and 37 per cent consider him competent. In eight decades of polling, Johnson is the first Prime Minister who has had no honeymoon with the electorate.

He enjoys a big lead over Jeremy Corbyn not because most voters like him but because large majorities dislike Corbyn. The same Opinium survey gives these ratings to the opposition leader: in touch 33 per cent, trustworthy 26 per cent, competent 24 per cent. There is little sign yet of the huge surge that Corbyn enjoyed in his ratings during the campaign two years ago.

However, although Corbyn would surely avoid references to the soundtrack of Tony Blair’s 1997 landslide — “Things can only get better” — the sentiment could be relevant. This week’s head-to-head television debate with Johnson gives Corbyn the chance to change voters’ minds.

This could play on Johnson’s second potential vulnerability. Though condemned by Conservatives and right-of-centre newspapers, a number of Labour’s apparently controversial policies are actually rather popular. A recent YouGov survey for the Sunday Times found that 60 per cent of voters support the idea of raising income tax on those earning more than £80,000 a year. Only 23 per cent were opposed. People also support nationalising the railways by 56-22 per cent and favour the idea of forcing companies to give workers a third of the seats on company boards by 54-21 per cent.

To that can be added a finding from the latest ComRes poll for the Sunday Telegraph: 56 per cent of voters support keeping freedom of movement between the UK and the European Union. Just 23 per cent oppose the idea. It’s even popular with millions of Conservatives — their voters divide evenly, with 42 per cent in favour and 42 per cent against.

Labour’s problem lies not with its policies but its competence. To the terrible figures for Corbyn cited above, we can add this stark finding from the latest Deltapoll survey for the Mail on Sunday. Asked which would be “best for the economy”, 52 per cent say a government led by Johnson and his chancellor Sajid Javid, while just 28 per cent prefer the partnership of Corbyn and John McDonnell.

If Labour cannot close that gap, then the Conservatives are likely to win a clear majority. The blunt truth for Labour is that, in the battle for votes, competence usually trumps policy. But, by the same token, if Corbyn could persuade enough voters that he would be an effective prime minister, it wouldn’t take much for him to deny Johnson an outright majority.

Thirdly, the Conservatives could be vulnerable to tactical voting. In 1997, they lost around 30 seats more than they would have done on conventional projections based on uniform swing. This was because enough Labour and Lib Dem supporters were willing to switch sides in order to unseat Conservative MPs.

Could something similar happen this time, with the result that the Tories fail to make the net gains they need to stay in office and deliver Brexit?

Tactical voting optimists say “yes”. The campaigns to encourage their cause are far stronger than in 1997. Hundreds of thousands of younger voters have joined the electoral register in recent weeks, and much of the social media campaign — a channel that did not exist in 1997 — will be directed at them. Surveys by Deltapoll in three strongly Remain seats in London, published by the Observer, suggest that the Liberal Democrats could topple a number of Conservative MPs in the capital.

Against that, there is one obvious difference with the 1997 election. Tony Blair was highly popular; many Lib Dems were entirely happy to vote Labour to turf out the Tories. Today’s Lib Dem voters view Corbyn very differently. They face a conflict: they don’t want Brexit, but they fear what today’s Labour Party might do to the economy if it came to power. The same Deltapoll survey that showed a strong willingness of Labour supporters to switch to the Lib Dems found a much weaker willingness of Lib Dem supporters to switch to Labour. Unless this changes, tactical voting will have only a limited effect this time. Once again, the key lies with Corbyn and McDonnell allaying voters’ fears of how they would run the country.

The next few days are likely to be crucial. This coming Thursday, the election will be three weeks away. On the equivalent Thursday in 2017, Theresa May launched the Conservative manifesto, and almost immediately her ratings began to plummet. Meanwhile, Labour’s manifesto enjoyed a popularity that few pundits expected. This is not to say that history will repeat itself — but much can still happen between now and polling day.

Johnson is unquestionably far better placed than Corbyn. According to the spread-betting markets, the current expectation is that the Conservatives will end up with  a working majority of 37.

I cannot quarrel with that estimate. But if the Tories slip by 20 seats between now and December 12, we shall once again have a hung Parliament, with too few Tory MPs to deliver Brexit. Johnson has every reason to enjoy the latest voting intention polls; but victory is not yet in the bag.