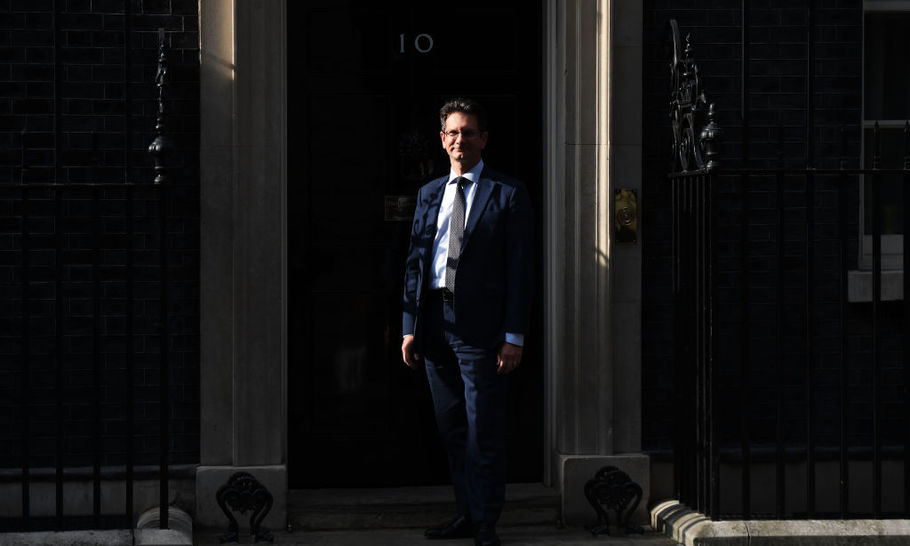 On the battleground of Covid-19, a struggle is under way for the soul of the Conservative Party. It is being fought out between Tory loyalists who back Boris Johnson’s approach to the pandemic and small-state Conservatives. The latter compare the arbitrary, even autocratic approach implied by the Government’s latest anti-coronavirus measures to Big Brother in George Orwell’s Nineteen Eighty-Four. The question is: who will win?

It would be simplistic to characterise this clash of ideology as one of authoritarians and libertarians. Neither the Prime Minister nor the rest of the Cabinet would, in normal times, be seen as advocates of big government, let alone a quasi-dictatorship. As for the rebels, who are said to number up to 80 MPs, they are not yet a coherent, organised lobby group, comparable to the Thatcherites and Wets, or the various factions on the European Union.

And yet such labels are useful. The Tory authoritarians, if we may call them that, believe that in a public health emergency of this magnitude, the end justifies practically any means. So they greet with equanimity such draconian restrictions on individual liberty as the ban on singing and dancing in pubs, or £4,000 fines for “reckless” refusal to self-isolate. The authoritarians are also relaxed about bypassing normal parliamentary scrutiny, on the grounds that there simply isn’t time for the endless procedural skirmishing that has dragged out the Brexit process. Their justification for toeing the party line is that the sooner the country submits to a strict prophylactic regime, the sooner the pandemic will be over — and that this is what the public wants and expects from the Government anyway.

The libertarian rebels are dismayed and angry about what they see as a betrayal of everything they went into politics to do. Their de facto spokesman is Steve Baker, for many years a thorn in the side of David Cameron and Theresa May as a leading light of the European Research Group (ERG).

Baker is a fascinating figure, not least because he is a rare beast in the Tory menagerie: a principled libertarian who is not ashamed to stand by his convictions even when they are unpopular. A stubborn, self-made Cornishman with an RAF background, Baker belongs to the international libertarian movement. He helped found the Cobden Institute to propagate the gospel of 19th-century classical liberalism and Austrian thinkers such as Ludwig von Mises and Friedrich von Hayek.

Such doctrines are much more influential in the United States. There libertarian ideas are popularised by the novels of Ayn Rand, promoted by philanthropists, think tanks and other institutions, such as George Mason University, but rooted in the American Revolution. Here in the UK, libertarians have never controlled the commanding heights of the economy in the way that Alan Greenspan chaired the Federal Reserve from 1987 to 2006.

Yet under Margaret Thatcher the currents of classical liberal and libertarian thought coursed through the veins of the British body politic, including limited government, privatisation, free market economics and low taxation. Unlike most Tory MPs, Steve Baker is a trained engineer; yet he has a profound aversion to social engineering of any kind. Libertarian hostility to the EU is not based on nationalism — indeed, they tend to favour the free movement of people — but on the regulatory mania of the European model. Libertarians are usually sticklers for parliamentary procedure, because only constant vigilance can ensure democratic accountability of national or supranational authorities. Hence the ERG’s erstwhile hero Jacob Rees-Mogg, now Leader of the House of Commons, is under pressure to allow MPs proper consultation and debate before yet more draconian rules are imposed.

Indeed, Boris Johnson himself is seen on the small-state wing of the party as a hostage to Big Brother. Comparing the Prime Minister to King Théoden in Tolkien’s Lord of the Rings, Baker issued an appeal to liberate the old Boris: “The king is under the spell of his advisers. And he has to be woken up from that spell.”

When he was a columnist for Charles Moore’s Daily Telegraph, Boris Johnson backed libertarian campaigns for the decriminalisation of cannabis and the privatisation of the BBC. It is true that he has elevated his former Editor to the Lords and hopes to appoint him as chairman of the BBC. In that capacity, no doubt, Lord Moore of Etchingham would infuriate all the right people and might even hasten the inevitable demise of the licence fee.

But now that Boris Johnson is firmly ensconced in Downing Street, he cannot afford to risk the wrath of the British people, which has yet to be persuaded that there is any alternative to local lockdowns and other restrictions on social activity. It is not the spell of his political and civil service advisers that compels him to take ever more authoritarian measures, so much as the fear of losing touch with public opinion.

The bumbling mannerisms and flashes of brilliance that made Boris a star in peacetime have not deserted him, but they are out of place in time of war — the war against coronavirus. He seems to many, not least in his own party, to have temporarily lost his touch. Yet there is nobody to replace him. Rishi Sunak, the Chancellor, is more popular because it is his job to dispense largesse, but if there were any substantial policy difference between No. 10 and No. 11 Downing Street, we would know about it by now.

As long as the Government remains united behind the authoritarian approach, the Tory libertarians have nowhere to go. The anti-lockdown movement has a legitimate place in the public debate, but it is powerless to prevent the curfew, surveillance and social isolation juggernaut from crashing through. The pandemic has yet to subside. Until it does, the sad words of King Théoden will echo through England’s green but not so pleasant land: “The days have gone down in the West behind the hills into shadow.”