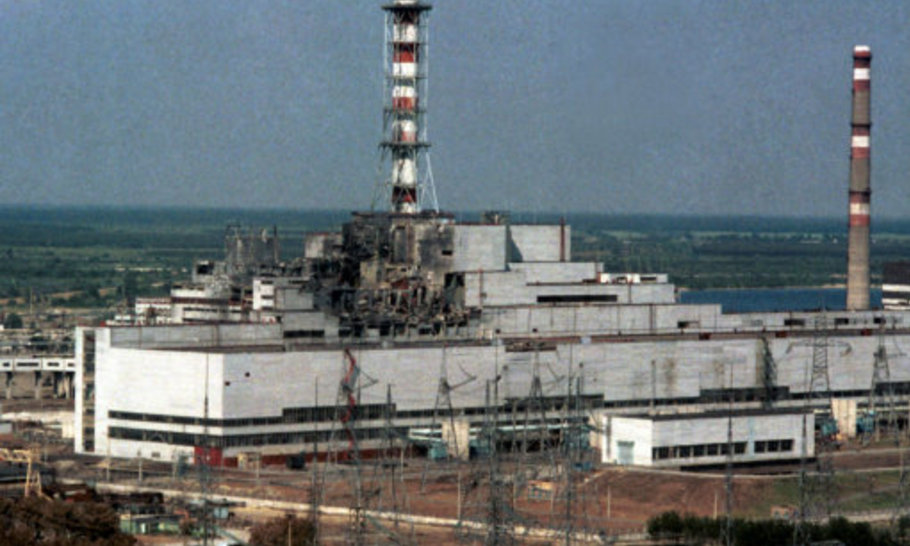 Last Friday, Chernobyl (HBO/Sky Atlantic) won nine BAFTAS, in addition to the ten Emmy Awards and seven RTS Awards it had already won. It is an outstanding drama series. Jared Harris, Emily Watson and Jessie Buckley lead a superb cast. It is brilliantly directed by Johan Renck (Breaking Bad) and written by Craig Mazin, and the music, production design and prosthetic make-up are all extraordinary.

Chernobyl is a five-part drama series telling the story of the 1986 nuclear disaster in the Ukraine. Like Vassily Grossman’s great novels, it creates the sense of a whole society at a moment of crisis: scientists and engineers, miners and soldiers, nurses, politicians and the KGB. It moves between human interest stories, nuclear physics and the secrets and lies at the heart of the Soviet state. It was one of the key events leading up to the fall of the Soviet regime, barely five years later.

The series focuses on the disaster at the nuclear plant at Chernobyl and at first seems to be about problem-solving. What can the scientist Valery Legasov (Jared Harris), and his colleagues do to prevent radiation spreading through the Ukraine and Belarus? He forms an unlikely alliance with a senior Kremlin official, Boris Shcherbina (Stellan Skarsgård), Chairman of the Council of Ministers, who knows nothing about physics but lots about shouting down phones to get things done.

But increasingly, Chernobyl turns into a story about lies, deceit and corruption at the heart of the Soviet state, as it becomes clear that the disaster was not a one-off problem but symptomatic of a state that is falling apart. A society once famous for its science and engineering — Soviet military hardware, Gagarin and the space race and the image of the great dam at the end of David Lean’s film of Doctor Zhivago — had become backward and left behind by the US and western Europe.

As the nuclear plant explodes, no one has PPE, gloves, face coverings — not the firemen who are first at the scene of the gaping reactor, of the nurses in the local hospital who treat their terrible radiation burns. The team trying to clear up the chaos at Chernobyl have to borrow a state-of-the-art robot from Germany. Scene after scene shows a society which looks like something from the 1970s. Everything is poor and shabby, from the polyester suits worn by small-time local politicians to the wallpaper in people’s apartments. The first programme begins with Legasov speaking into an old-fashioned cassette recorder. It is 1988, four years after Apple launched the Mac.

There are interesting references to the Soviet war in Afghanistan, another key point in the crisis of legitimacy that engulfed the Soviet state. Technologically left behind, militarily humiliated, hopelessly corrupt, the Soviet Union in the late 1980s comes across as a backward basket case. Worst of all, the state constantly lies about what is going on. The heroes of the series are those who realise the truth and are prepared to speak out. The two key figures are dead or dying by the end of the series. Both have cancer from their exposure to high levels of radiation — cancer, as in Solzhenitsyn’s famous 1968 novel, becomes a metaphor in Chernobyl for the Soviet Union. From the nuclear plant to local party politics to the Kremlin, yes-men and stooges have been over-promoted. Those who tell the truth disappear.

There is one major problem with this, however. Liberties have been taken with the real story. The epilogue acknowledges that the character of Ulana Khomyuk (brilliantly played by Emily Watson) is fictional, a composite of a number of Soviet scientists. A key scene at the end, which shows Legasov taking the witness stand at a trial, and bravely denouncing the state, makes for a dramatic climax but is a fabrication.

Writing in The New Yorker (“What HBO’s ‘Chernobyl’ Got Right, and What It Got Terribly Wrong”, June 4), Masha Gessen criticised the series for depicting Soviet citizens “who appear to act out of fear of being shot. This is inaccurate: summary executions, or even delayed executions on orders of a single apparatchik, were not a feature of Soviet life after the nineteen-thirties.” She called the scenes of scientists criticizing the system in confrontation with bureaucrats “repetitive and ridiculous”—it would have been unthinkable. “The series,” she writes, “often veers between caricature and folly.” A few goodies expose the corruption of the state, she writes. It makes for good TV drama but is not an accurate representation of the Soviet Union in the 1980s.

But there is so much to applaud in Chernobyl. The look and feel of the series are a joy. It is full of tension and dramatic moments. Some are just passing scenes. A peasant woman refuses to leave her home because of radiation and summarises a whole history of 20th century Ukraine. The scenes of suffering in a Moscow hospital are unforgettable. The courage of ordinary people is movingly depicted when we already know what fate awaits them. Despite its inaccuracies, Chernobyl deserves the enormous acclaim it has received.