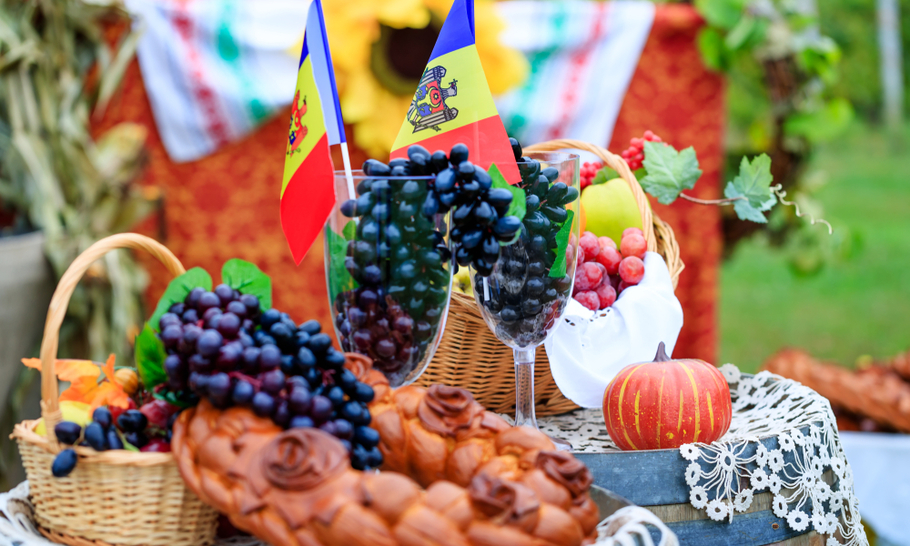 I have been blessed in life in that I have visited almost all of the best places in the world for wine, and in most places wine is packaged in a lovely landscape which makes the experience memorable, to say the least. I say “almost” because I never made it to Argentina, and there are even a few countries closer to home that I have missed and which make good wine: Georgia is on many people’s lips now with its wine-making traditions that take us back to Hesiod, to the Ancient Greeks and beyond. Moldova, it seems, has also come of age.

Squashed between Romania and the Ukraine, Moldova’s history is complicated, but it is essentially the eastern half of the Principality of Moldavia that the Russians wrested from the Ottoman Turks in 1812. It was made part of Romania in 1859 but was reclaimed by the Soviet Union after the last war. Some little bits still belong to the Russians, such as the massive cellars at Cricova where the last bottles from Göring’s cellar are stored, and occasionally poured — but only if the Russians think you’re worth the effort.

Moldova became independent in 1989 and in the course of the nineties we began to see the first of its wines in British supermarkets. I remember them well. They were often produced under the supervision of Western wine experts, and British MWs such as the great Angela Muir had a hand in sanding down the rough edges. They were mostly produced from the “Mac” varieties: Chardonnay and Cabernet in particular, similar to other wine-producing states in the former Soviet Empire like Bulgaria.

Moldova actually comes in at around number twenty in the world’s list of wine producing nations by bulk. It benefits from a continental climate that allows for a long growing season. When the wines first reached us, experts dismissed them as “herbacious” (New Zealand’s first wines to come to Britain were similarly written off) which meant the acidity was too high and the fruit was a bit green. That normally calls for a balancing act: you leave a bit of unfermented sugar in the wine to offset the sharpness of the acid.

Since the nineties I have seen few Moldovan wines, but recently I have tasted a handful of estates and have been highly impressed. Progress has been achieved by broadening the palate a bit to include some of the native Romanian varieties found chiefly across the River Prut that separates Moldova from Romania: principally from the Fetească family. In many instances it seems to me that the acidity so decried in the wines at the beginning was really an asset: acidity gives length and structure. Take, for example, the 2019 Dealu Nucului blend of Fetească Regală and Sauvignon Blanc, which has a telltale gooseberry aroma and a bit of bite from a smidgen of carbonic gas, making it a really refreshing summer wine.

A Moldovan specialist that impressed me for its range of fruity varietal wines was “The Merry Mole” which is actually the brainchild of C & O Wines in Cheshire. The whites — possibly more than the reds — are splendidly sappy and long. The 2019 Sauvignon Blanc, for example is also ripe and refreshing and I was disarmed by a lyrical, jasmine-scented Pinot Grigio (sic). Moldovan wines labelled in Italian would not usually inspire confidence. Another good 2019 Sauvignon Blanc with authentic catty aromas came from Radicini .

Of the white wines that used local cultivars I was equally impressed by the 2017 Individo, a blend of Fetească Regală and Riesling from the 300 hectare Château Vartely estate near Moldova’s capital Chisinau. It is a splendid, citrusy wine with great power and persistence. Billed as semi-sweet was the 2017 Salcuta Riesling Traminer blend with a predictably floral character. The acidity is high enough to compensate for the extra sweetness; so much so you’d hardly notice it was there.

There were good rosés too, like a 2019 Blanc (not really a rosé, I admit) de Cabernet from Albastrele with plenty if muscle and an unusual pepperiness. Simply gorgeous was a fruit-salad like 2019 Rosé de Purcari: one of the nicest rosés I’ve drunk this year.

Passing on to the reds, there is an exemplary, cool climate 2018 Cabernet Sauvignon from Château Vartely at Dealu Nuculu. The Salcuta 2015 ENO Reserva combines the Bordeaux standbys Cabernet Sauvignon and Merlot with the Georgian Saperavi grape to make a light, smoky wine. The 2015 Negru de Purcari was also made in a Bordeaux idiom: three-quarters Cabernet topped up with Saperavi and Rară Neagră. It is suave and stylish, and not surprisingly tastes of blackcurrants with a pinch of pepper.  I preferred the Bostravan Dor 2017 blend of Fetească Neagră and Pinot Noir to the one that used Cabernet, which I found too sweet. This had a smell of mulberries and a pleasant sharpness to it. The 2017 Vartely Individo blend of Rară Neagră, Malbec and Syrah with its redolence of fresh raspberries might have been my favourite from the entire collection. It shared the honours with the 2019 Rară Neagră de Purcari, a purely Moldovan experience with taste of cherries and caramel — a truly memorable wine.