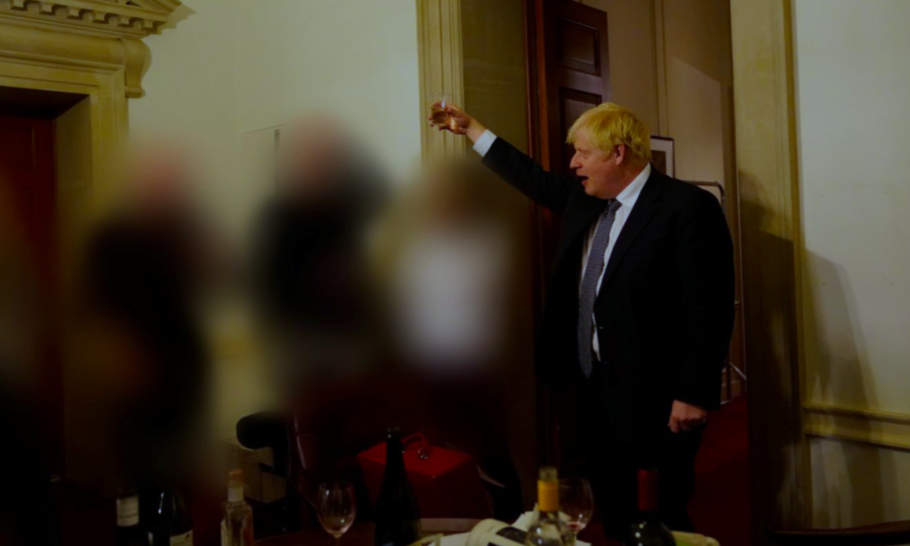 The Sue Gray Report described a Number 10 thick with the wretched smell of dishonour. Tory backbenchers should be up in arms, but they’ve yet to find a spine.

The excuse is that this partying was just a few people letting off steam during an incredibly stressful period. Johnson was doing his best to keep spirits high in tough times, like all good leaders in the Conservative tradition – like Churchill and Thatcher. Nonsense. Johnson hasn’t demonstrated an ounce of good governance or leadership.

Can you imagine this happening in Thatcher’s No10 during the Falklands War? Put the rights or wrongs of the conflict aside; here was a leader who completely understood what her role was, and what she should be doing. She established a war cabinet, made sure the money was there to support the forces and focused on covering the diplomatic and legal flanks. Thatcher scrupulously deferred to her military commanders and supported their decisions to the hilt.

The stakes, for Thatcher, could not have been higher, domestically or internationally. The stress was managed by complete focus. No partying until 4am. No suitcases full of booze. No bloody cake.

If you want a glimpse of what proper leadership looks like in a time of national crisis, then visit the Churchill War Rooms. These were created under Downing Street as the national nerve centre to navigate the United Kingdom through the Second World War. This is Churchillian leadership in architectural form.

My grandmother was a telephone operator in the war rooms. I’m proud that she was at the heart of government during this period but, as she would point out, she was near the bottom of the pecking order. During her service she was given a signed book, Great Contemporaries by Churchill. With it she received a handwritten postcard saying:

“I hope I have not been a great trouble to you with my many telephone calls.
—Clementine S. Churchill, 1942”.

Here was the wife of a wartime leader, making time to apologise… to a telephone operator, for calling her husband. All staff, no matter their position, were treated with respect, even as bombs rained down on London and the country prepared for invasion. That’s stress. That’s leadership. There’s no excuse for the way people in Number 10 treated the cleaning staff and security personnel. It’s a disgrace.

Johnson is not a leader in the Conservative tradition. He’s not even a leader in the post war tradition. The Blair and Brown governments would have been appalled at such unpolished, unprofessional behaviour, especially Brown. It makes the administrations of the 60s and 70s, which were so ineffective and dysfunctional, look like the models of professionalism

This will be a party to celebrate a Queen who acts as a focus for what it is to be British. Party-gate represents what is worst about the divisions created by English Nationalism. The Crown gives us unity and pride; Johnson, division and conceit. The 70-year reign of Elizabeth II gives us a sense of stability and continuity so we can navigate our future; “Boris” creates fear of the “other”. As a nation, the monarchy helps us recognise success and excellence while supporting community and service; nothing Johnson has done can touch it.

The only good that Party-gate has done is pull into focus 70 years of service from one individual. And that’s a party worth having.