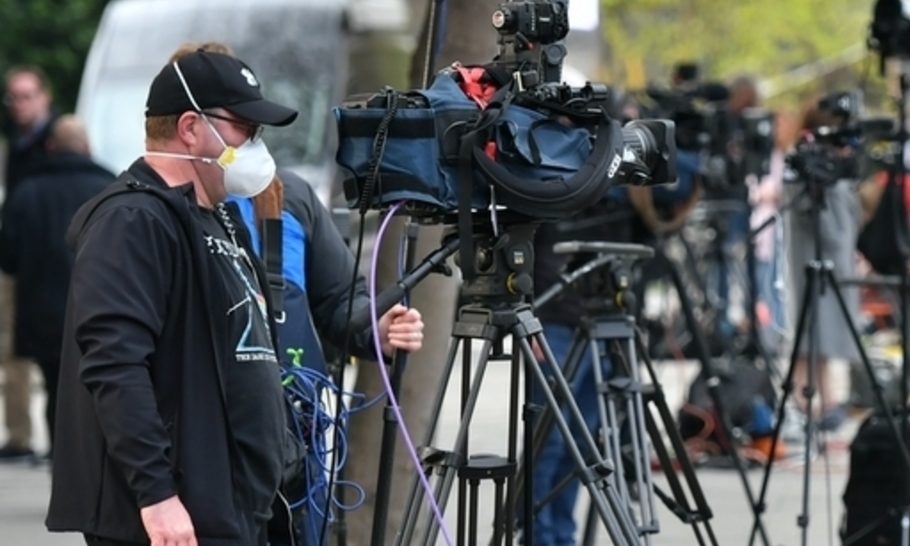 It is one of the great ironies of the modern age that there is more media space than ever before, yet so little diversity in what TV, radio and newspapers deem ‘a story’ to be.

The advent of the Covid-19 virus is a defining moment in our lives, and our history. It’s a huge ‘story’ — multifaceted, complex, global, and it affects every single person, organisation and system on the planet.

Yet to follow most of the UK media in the past two or three days, there is only one ‘story,’ and that is Boris Johnson and his health. In criticising this approach, I do not minimise either the significance of a Prime Minister being in intensive care, or the legitimate public interest in his health at this time, or the widespread sympathy and concern it has aroused. Even speaking as someone who is not a fan or natural supporter, and who has many criticisms of the way Mr Johnson and the government have handled this crisis, I share that sympathy and concern. I want him to get well, and when he is fully fit, to get back to work.

However, the focus on his situation has become disproportionate, and risks becoming a distraction from what both government and media should be focusing upon.

I have been up since shortly after 5am. I have watched and listened to various TV and radio outlets. I have read several media monitoring reports of the main UK papers. This has meant hearing and reading endlessly about Mr Johnson, without learning a single new fact beyond what we already know — that he spent a second night in intensive care. Downing Street said he was stable and in good spirits, and many leaders from around the world, and many people at home, the Queen included, are wishing him well. That is it.

Meanwhile, can anyone recall the name of the consultant geriatrician whose death in Kingston hospital was announced yesterday? Dr Anton Sebastianpillai was his name. He was in his 70s and his sad death was barely noticed amid the non-stop chatter about Boris Johnson. Can we recall how many deaths there were yesterday, here and in other countries around the world? Do we recall any update on the situation regarding testing, ventilators or protective equipment for NHS and social care workers? These were huge issues before Mr Johnson went into hospital, they remain huge issues now, and genuine public interest is not well served if we lose sight of that because the Prime Minister is seriously ill.

Even at the best of times, much of our media, broadcast as well as print, is far too focused on issues of personality, and celebrity. These are not the best of times. The real story is too big for it to be so narrowed down in this way.

From the human level, I totally understand why yesterday Dominic Raab talked of the fiancée, friends and family of Boris Johnson who are of course sick with worry. But so are many thousands of other families, and all will want the Prime Minister to get well. There is a risk, however, that other sufferers feel they are just numbers, not real people, when there is so much focus on one individual, no matter how famous or how important he is.

I also understand why the government, and parts of the media, want to continue to present Mr Johnson as a strong figure, because leadership really matters in a crisis. But now he is in intensive care, his life in the hands of real doctors not spin doctors, I think they should dial down a little on the language of war, and the ‘he’s a fighter’ rhetoric. What does it say about people who have lost that fight against the same disease — that they weren’t fighters, because they died? Words matter.

There is a lot of talk about key workers and essential journeys. Of course, journalists and camera operators are key workers — the media coverage of a crisis is essential to the public understanding of it. But is the media circus outside St Thomas’s hospital essential? Is it necessary for a reporter to have to be there to read out the words given to them by a government spokesman on the phone from Number 10? I don’t think so. Are they going to find out anything to add to the sum of human understanding by being there? I doubt it.

Finally, on the issue of ‘whose finger on the nuclear button?’ Again, can we please just be a bit more grown up about this? There was a time when not just Winston Churchill, but also Anthony Eden, were both quite ill, and the government largely hid the truth from the media and public in a way that would not be possible, or right, today. But government still governed.

The current Prime Minister is far and away the dominant figure in the government and for him to be out of action clearly makes a difficult and complex situation even more challenging. But he has a nominated deputy, who deputises while not replacing. He has a team of ministers who are used to taking decisions. The country has, despite being hollowed out by austerity, and despite being briefed against by Dominic Cummings’s army of special advisers, a good and strong civil service.

Of course it is different when the Prime Minister cannot function as normal. But everything has been made different by this crisis. Those in government have to step up and embrace the added responsibility. And those in the media have to cover their words and actions, question and scrutinise and challenge, respectfully and seriously.

The government should focus on the things that it can do, not those that it cannot. And the media should remember that, even if they seem unable to handle more than one big story at a time, the public can.