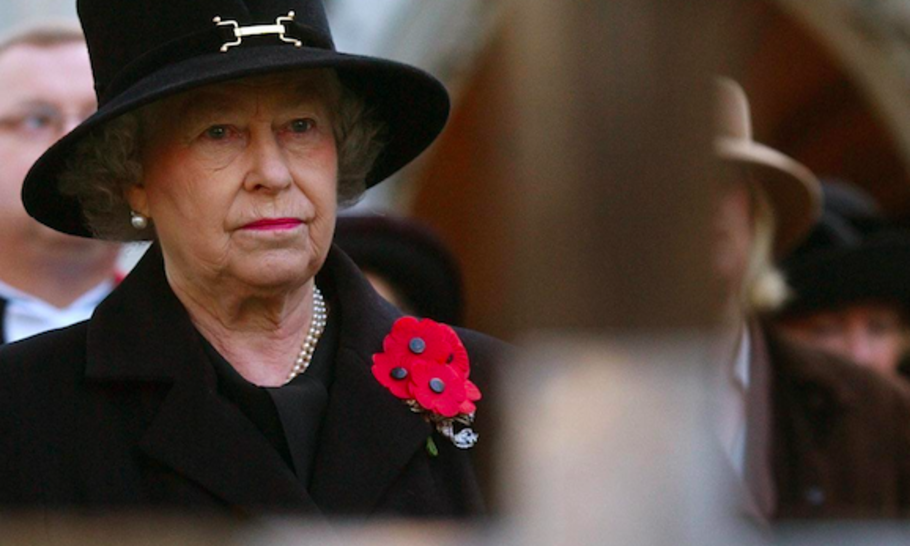 This year’s Remembrance Sunday ceremony at the Cenotaph will have a particular poignancy. It will be the Queen’s first public appearance for several weeks, after her doctors advised her to rest last month. She had been due to also attend tomorrow’s Festival of Remembrance at the Royal Albert Hall, but two major events in one weekend was deemed too exhausting. Her advisers at the Palace seem to have swung from expecting too much from our nonagenarian monarch to erring on the side of caution. We may be sure that the Queen herself is steadfast in her work ethic and sense of duty, but perhaps it is better to be safe than sorry.

The last thing that she would want, however, is for the media focus on her health to distract the nation from the purpose of an event in which she has participated throughout the nearly 70 years of her reign. Nothing unites us, moves us and inspires us as a country more than this simple ceremony. The respect and gratitude that we show to the dead is a measure of our care for the living; and this is especially true of those who have sacrificed their lives so that we may live in peace and freedom. The poppy-wearing and the wreath-laying, the silence and the music, have become an essential part of what it is to be British. For a few brief moments, whatever the weather, we come together every year to commemorate those who will never grow old. The war dead are who we once were. This annual ritual is who we now are.

The gatherings at the Cenotaph and at war memorials around the country have become a symbol of how seriously we take our public realm. It was noticeable that on Armistice Day yesterday, the two-minute silence at 11 am was less widely observed than in the past. After a year’s interruption due to the pandemic, services were held at Westminster Abbey and elsewhere; even the COP26 climate conference fell silent. How many people, though, remembered to stop whatever they were doing to mark the eleventh hour of the eleventh day of the eleventh month, when the guns fell silent in 1918?

The British are not a pompous people, however fond we may be of pomp and circumstance. We tend to mock our leaders and ourselves more than most, with a self-awareness that we like to think other nations lack. But we can take satire and irreverence too far. Some things are sacred. We do not look kindly on those who squander either our material or our spiritual inheritance. “People will not look forward to posterity who never look backward to their ancestors,” as Edmund Burke observed two centuries ago.

The armed forces are inextricably bound up with the monarchy. The sense of patriotic pride that most Britons feel on Remembrance Sunday is not to be taken for granted. In many countries people fear the military. We may resent the venality and fecklessness of many of our politicians and from time to time a few of our servicemen or women, too, let themselves down. Yet the forces, like the sovereign to whom they swear allegiance, occupy a unique place in our affections. This mutual loyalty of soldiers and civilians is the fruit of our history and must never be taken for granted.

When General Sir Nick Carter, the retiring Chief of the Defence Staff, told MPs this week that “we encourage a laddish culture” because “our soldiers have to go close and personal with the enemy”, his remarks caused dismay. For troops to be effective in combat, it is not necessary for to turn a blind eye to bullying, misogyny or brutality. General Carter is a brave and by all accounts an intelligent soldier, but encouraging a “laddish culture” is not the way to retain the confidence of the country in those who fight for us.

Here is Burke again: “It is the love of the people; it is their attachment to their government, from the deep stake they have in such a glorious institution, which gives you your army and your navy, and infuses into both that liberal obedience, without which your army would be a base rabble and your navy nothing but rotten timber.”

By “government”, the great Anglo-Irish statesman here means the whole political system, not an individual ministry — for politicians were at least as despised then as now. But he is surely right that our parliamentary system, our constitutional monarchy, with all its faults, still commands our allegiance. That is why we are incensed by those who should be its guardians turn out to be abusing our trust. We should, though, ensure that our criticisms are proportionate to the offence. The vast majority of public servants in this country, whether civilian or military, are competent and conscientious. The line “may she defend our laws” in the third verse of “God Save the Queen” really applies to ministers, civil servants and officers, rather than the monarch. As we glimpse the Queen this Sunday, we can reassure ourselves that the decency that we prize so highly in those who hold offices of state is not exclusive to the gallant lady who has reigned over us for so long.