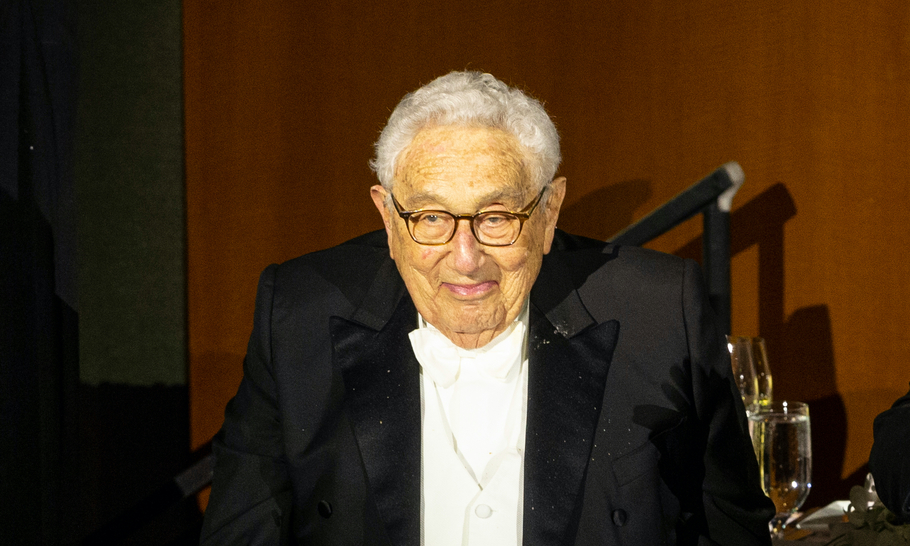 The signs are everywhere. Not a day now goes by without exclamations of shock and horror as yet another media “discovery” is revealed about the extent and depth of Chinese interest, influence and involvement in almost every walk of Western life, and in the affairs of nations, large and small.

Of course, while some of this is growing, little of it is new. What is being “discovered” amid cries of alarm and indignation has been obvious for most of this century, and even before.

The difference is in the way it is now viewed.

A little more than a decade ago the world looked admiringly at the Chinese “miracle”, in lifting hundreds of millions out of poverty and using microchip technology, mostly American-invented, to vault to the forefront of economic advance. That this could apparently be done in the framework of an utterly discredited Western political theory, communism, re-labelled socialism with Chinese characteristics and, in practice, delivering a new and super-dynamic form of capitalism, merely excited further admiration.

That went even further over the top with the Cameron and Osborne “golden age” of UK-Chinese relations, mortally offending Japan (as some of us warned it would), the UK’s real best friend in Asia, in the process. Not only did a new wave of Chinese investment and technology just arrive in the West unannounced but, with the UK very much in the lead, doors were thrown wide open, inviting fresh Chinese investment and involvement in everything from nuclear power, docks, airports and railways, to universities, utilities, prime property, pubs and football clubs — and a lot else besides. Huawei advanced into the 5G world unchecked. Meanwhile, ports all round Europe were “acquired”. The Chinese had indeed arrived.

But now, of course, world opinion, or at least Western opinion, has veered round completely the other way. Thanks not least to ten years of Xi Jinping’s rising aggression and domineering tone (in Hong Kong, the South China Seas and in really nasty minority repression inside China), the pendulum has swung from one extreme to the other, from “love everything Chinese” to “denounce everything Chinese”. Minsters, institutions and whole countries who were queuing up for a slice of the growing Chinese cake, back then (the City of London included), are now walking rapidly away.

What has not changed is the naiveté and immaturity of the whole approach to the very complex and very deep Chinese phenomenon. Where, before, there was uncritical acceptance of Chinese interest and involvement anywhere and everywhere, we now have a sort of shotgun Sinophobia, led by the likes of Donald Trump’s former Secretary of State Mike Pompeo and widely supported on both sides of the Atlantic, all lining us up for a third Cold War, which could easily become a very hot one.

But, as Henry Kissinger warns, this kind of new Cold War would be different to the last one. This time the simplicities of world division between two philosophies, communism and free world capitalism, and the focus on nuclear weapons, would absent. This time there would be a puzzling overlap of “isms”, with both East and West mixing past doctrines and with quite new economic and social models emerging. And this time, in place of a technologically lagging and increasingly impoverished Russia (Upper Volta with missiles) we would be facing a fast-growing, high-performing China, easily matching the West in weapons sophistication and in understanding the totally changed nature of warfare in the age of artificial intelligence and cyberspace. Indeed, in some areas, well ahead.

Besides, a good many countries, not only in Asia and Africa but also in Europe, are far from sure they want to be on either side in a future America-China bust-up. New Zealand is just the latest country to express its discomfort at too much anti-Chinese belligerence and too much of the Manichean rhetoric about rivalry between “inevitably” clashing worlds that flows from US think-tanks and academia, from some of the people round Biden and from echoing voices here in London.

There is the additional point that this kind of megaphone diplomacy and chest-thumping is proving completely useless. If the purpose is to check Chinese domineering and overreach, and make the Chinese Communist Party leaders grow up and understand their own best interests, then it is time to stop lecturing  about China re-shaping the world order and start adopting a far more subtle and clever approach — and one which could draw usefully on time-honoured Chinese insights and maxims

Those insights are the ones (coming down from Sun Tzu and others) which tell us that head-to-head confrontation and outright rivalry are not the way to “win”, if indeed “winning” or “losing” are the right verbs at all, in the digital age of ceaselessly interweaving networks.

Instead, the clever response should be a deliberately confusing combination of good cop and bad cop, of intense cooperation in several areas, (climate being the obvious one), insistence on absolute reciprocity in business treatment, straight emulation in global strategies like China’s Belt and Road Initiative (BRI), on which the democracies should be able to do better (and also cooperate), ruthless pinching of innovations and technologies, just the way the Chinese have done all along, and energetic deployment of soft power at every level and in all forms.

It’s really good to learn that a non-Chinese kind of BRI may be on the next G7 agenda – although, of course, it is late off the mark, should be a G20 matter and on a partnership basis, not a competitive one, or with a bit of both in it.

The Chinese boast about opening all their various Silk Roads, East to West and round the continents. We need to make sure that these are top-capacity two-way roads, for both goods and services and for ideas, along with opening up several others ourselves.

We have a lot to learn from modern China, including how to deliver high-quality living standards to millions fast, and big grassroots social programmes. They have even more to learn from the rest of us about how to sustain and expand the framework of law and justice, without which it will all eventually fragment and crumble — the old Chinese nightmare. There is absolutely no winner of any kind in this next Cold War, which some seem so eager to bring on. But with care, real thoughtfulness and analysis there is a convergence process — a peaceful one — to be secured. We should be starting on it now.