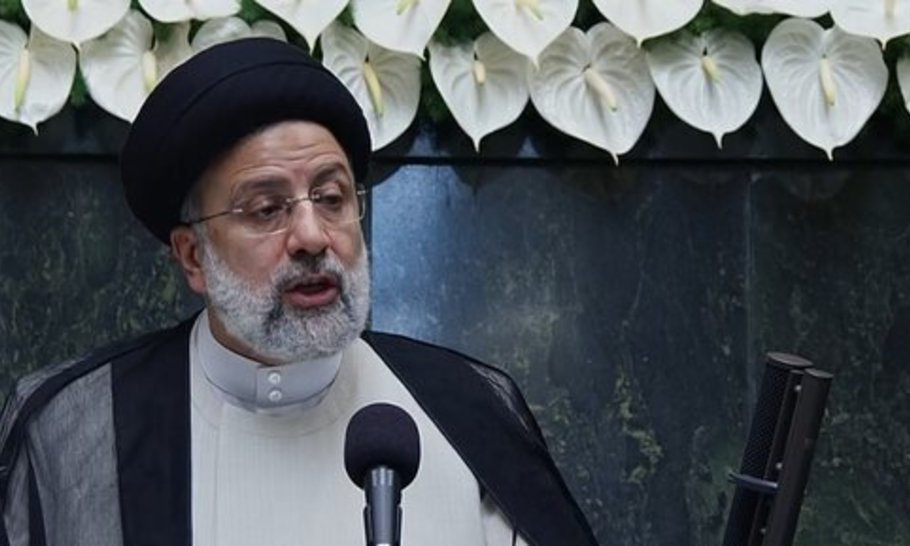 Ebrahim Raisi, the new President of Iran, who was sworn in this week, is the most sinister figure to emerge on the world stage for several years. Not since 2014, when the terrorist leader Abu Bakr al-Baghdadi declared himself “Caliph” of Islamic State, have the forces of jihadism had such a champion. Raisi, of course, belongs to the Shia rather than the Sunni branch of Islam, but his readiness to disrupt the fragile peace of the region has just been demonstrated by two attempts to hijack oil tankers in the Gulf.

In recent years, the leadership of the Islamic Republic has usually presented two faces to the world: a “moderate” secular President, who leads the government, and a “hardline” Supreme Leader, who is head of mosque and state.  Now both offices are held by men of extreme views. Indeed, it is widely expected that Raisi, 60, is being groomed to succeed the present Supreme Leader, AyAli Khamenei, who is 82. Khamenei himself is a former President and succeeded the founder of the republic, Ayatollah Ruhollah Khomeini, as long ago as 1989. As the longest-serving head of state in the Middle East, Khamenei has ensured that the principles of the Islamic Revolution have endured and is determined that they will be preserved by posterity.

Raisi is the answer to his prayers. Known as the “Butcher of Teheran”, his reputation as a judge dates from 1988, when he was one of four members of a brutal “prosecution committee” that ordered the executions of some 30,000 political prisoners. Many were tortured before being loaded into forklift trucks and hanged from cranes. This massacre was probably the worst of the many purges carried out in Iran since the 1979 revolution, but it was by no means the last. During his ascent through the ranks of the judiciary to become Prosecutor-General and Chief Justice, Raisi also presided over several more mass executions after countrywide protests against the regime, beginning with the crushing of the Green Movement in 2009. In Iran, Raisi is the equivalent of Judge Jeffreys — except that his notoriety is incomparably greater than James II’s “hanging judge”.

As President, though, Raisi is a threat not only to his own people but to the rest of the world. He is seen as close to the Iranian Revolutionary Guard Corps (IRGC), which pursues a belligerent foreign policy and has become a potential rival to the clerical regime. On his watch, the Iranian nuclear programme is certain to be accelerated and even before his election had been increasing production of enriched uranium, the raw material for nuclear weapons. We have no reason to trust the assurances at his inauguration that the purposes of this programme are “completely peaceful”. It is true that Khamenei has issued a fatwa declaring that nuclear weapons are haram (forbidden), but this would not prevent the Supreme Leader and Raisi himself from justifying their creation and use by a broad definition of self-defence. They could cite the example of the Prophet Mohammed himself, who used military force in the service of Islam, and sharia law, which permits anticipatory self-defence in certain circumstances. They would have little difficulty in arguing that Israeli sabotage of Iranian nuclear installations and the assassination of Iranian scientists justified retaliation. Even US sanctions are seen as acts of war in Teheran.

In Israel, the Defence Minister Benny Gantz repeated his country’s longstanding warning that it would not tolerate a nuclear-armed Iran. That eventuality could be no more than ten weeks away. Pointing to the recent attacks on tankers, Gantz did not mince his words: “Now is the time for deeds — words are not enough. It is time for diplomatic, economic and even military deeds, otherwise the attacks will continue.”

Opinion inside and outside the Jewish state is divided over whether the Israel Defence Force (IDF) has the capability to knock out all of Iran’s nuclear facilities by airstrikes alone. Once such an attack had been ordered, there would be no alternative to an unprecedented war between the two most powerful military states in the Middle East. Nobody in Israel wants war, but there is an air of inevitability about the coming confrontation. Iranian leaders have threatened to annihilate Israel so many times that the IDF has been preparing for war for decades. Israeli special forces have succeeded in slowing down Iran’s nuclear programme by infiltration, assassination and cyberwarfare, but sooner rather than later that programme will reach its goal.

The thought of men like Raisi and Khamenei in control of weapons of mass destruction is chilling. The West is desperately seeking to revive the nuclear agreement that was unilaterally abrogated by Donald Trump. But that deal is almost certainly dead, notwithstanding Raisi’s rhetoric. The best thing that the United States and its allies can do now is to deploy the strategy that has kept the world from nuclear war since 1945: deterrence. The Butcher of Teheran may be ruthless but he is not stupid. If the cost of the nuclear option is too high, the IRGC will rein him in. It may not relish a fight to the death with the IDF, because it must know that it would lose. The only chance of avoiding a conflagration is to persuade the new leadership in Iran that the survival of the Islamic Revolution would be jeopardised by war — and that in such a conflict the West would stand by Israel. We are now in a race against time: our diplomats need to raise their game. Otherwise the Butcher’s bill could dwarf anything we have seen before.