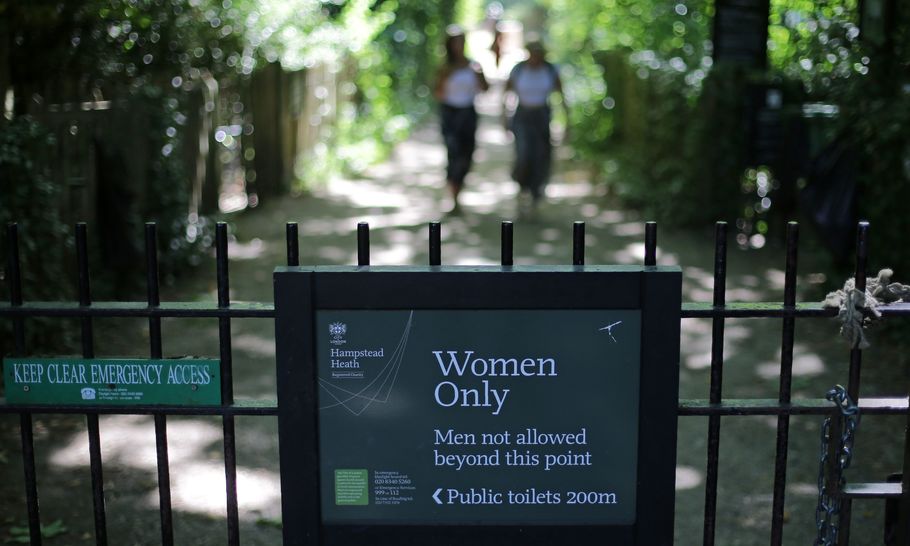 In the current debate over the place and role of trans women in society, a debate that has already reached a spectacular level of acrimony, no question seems more acrimonious than this: should trans-women be allowed in women’s shelters?

This question seems to cut to the very core of what ‘gender-critical feminists’ fear, namely that people who they view as men will gain access to spaces meant only for women. This access, they say, renders such spaces null. Women’s shelters are fundamentally about safe spaces away from men, so how can they fulfil their purpose if male-bodied persons – that is, people with penises – can barge in and make use of them?

It would be too easy to characterise every advocate of this position as a transphobe. Obviously they just don’t ‘like’ trans-women, right? And as someone who’s regularly waded into the swamp of online political debate, I’ve seen for myself that some people have indeed raised this issue to give a veneer of legitimacy to their own prejudices.

But I believe that many do so out of genuine concern, and it would be wrong to simply dismiss them. We must engage with them in mutual good faith.

In my experience as a trans-woman in the UK, after a certain point in our transition, most of us are perceived as women and treated accordingly by the majority of people. This is heartening. But with the assumption of this identity, we’re confronted not only with a risk of hate crimes targeting our identity as trans-people, but also with many of the social dangers that dog women, such as the perennial threat of sexist violence and harassment. This is one of the costs of transitioning that often goes untold, and it should help to establish another common cause between feminists and trans-activists.

The debate over whether trans-women should be given equal access to women’s shelters is typically framed in terms of what increased danger this initiative may pose to cis-women, and this concern shouldn’t be dismissed as irrelevant. But what’s left out of this debate is the reality that excluding trans-women from women’s spaces endangers them in a two significant ways: by compelling them to stay in abusive relationships and domestic situations, and by increasing their risk of homelessness. To my mind, excluding trans-women from women’s shelters will cause more suffering than it would if they were accepted.

Some gender-critical feminists argue that the presence of a masculine-bodied person would trigger trauma in residents who have been abused by men. This is a fact, and it’s all too easy to pussyfoot around it. But it’s worth considering that masculine-bodied persons are by no means the only deserving shelter residents who may cause distress to their fellow residents. Those who’ve suffered trauma may have behavioural issues that cause distress to others, and shelters up and down the country are already finding ways to deal with that reality.

It’s my view that if a resident is causing significant distress to other residents, and for the sake of the latter’s safety there is no alternative but to see that the former seeks refuge elsewhere, a shelter should be able to act on this initiative. Determining when this is the case won’t always be easy in practice. But I doubt there are many who would argue that victims of trauma, with the mere potential to cause distress to others, should – as a matter of principle – be excluded from shelters.

I don’t see why this shouldn’t apply to trans-women. Those who disagree, or those who wish to exclude trans-women from women’s shelters, tend to concentrate on the claim that trans-women are men with male bodies. While it is true that trans-women have a y-chromosome, it would be disingenuous for anyone to claim that trans-women are always visibly male. I don’t think it’s the case that most trans-women appear male-bodied, at least not unambiguously. This is especially true of those who have had hormone therapy or surgery: they often ‘pass’ or present as women who just happen to be taller or broader. It’s my position that trans-women, regardless of whether ‘they’ pass, shouldn’t be excluded from women’s shelters. But to clarify the weakness of the gender-critical position on women’s shelters, I think we should also ask, “Would it be right to exclude women in general who just happen to be broader or taller on the chance that their presence would make other residents feel intimidated?”

I think for most, the answer is no. And if this the correct answer, I don’t see why the same consideration shouldn’t be applied to trans-women. At this point gender-critical feminists will dig their heels in for reasons that seem to be more ideological than practical: women’s shelters are meant to be men-free spaces, they maintain, and that’s that. Women need spaces where they can go and know there will be no men, period. Even if some of these men look and sound like women, they are not ‘real’ women, therefore to permit access to trans-women is to betray the gender-exclusionary principle which underpins women’s shelters.

In a debate all too riven with incommensurable ideological differences, I think it’s important to frame this matter in practical terms, by recalling why this principle was established in the first place. It was established because, statistically, men pose a greater threat to women than other women do. Apart from anecdotal hearsay, there is no firm evidence at this point that trans women post the same threat. There is evidence, on other hand, that through a host of economic and sociological factors – some subtle, some obvious – men are still oppressing women. This oppression is called ‘the patriarchy’.

Trans-women, who routinely face discrimination in housing and employment, often lack the financial clout, and certainly usually lack the social identifiers, to be counted among those at the top of the patriarchy. Even if you cannot be persuaded that trans-women are in fact women, from a sociological standpoint, it would be dishonest to claim they are identical to men.

This debate can create the illusion that trans women are already excluded by definition from women’s shelters: we aren’t. In the UK, a shelter can turn away a trans women if they think their presence will cause a problem, but trans-women stay in these shelters all the time and there is rarely an issue. People arguing to keep trans women out of shelters are actually arguing for a change that would likely put more people, not fewer, in danger. My point of view on this is a conservative one: the current rules are working, and we shouldn’t try and fix something that isn’t broken.