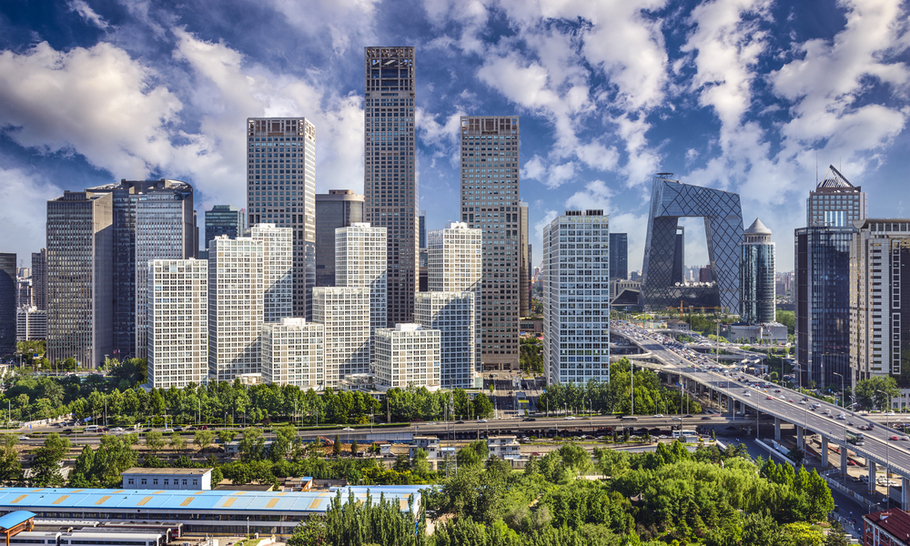 The risks of doing business in China are growing. Covid-19 is only the latest in a saga of ups and downs, misrepresentations, and investors losing their shirt. President Trump, derided the world over for sounding the alarm on the dangers of doing business as usual with China, increasingly looks as though he called it right. American and other western businesses would do well to follow his lead and begin to decouple.

Relations with China have followed a lamentable cycle of complacency, fuelled by growth and profits, leading to concerns about the malign nature of the CCP being brushed over. And then the illusion of a trading partner acting in good faith is shattered in one way or another by the Chinese state, only for the status quo to quickly return.

Just a decade or so ago, almost every conversation about China’s economy was dominated by concerns about the property bubble. The bubble had been deliberately inflated by the Chinese government to boost GDP growth and investor confidence. Masses of poor quality housing was built and left unlived in, while property prices tripled in just four years from 2005-2009. Investors around the world bought into this smoke and mirrors strategy before the truth was revealed and many experts became nervous about the potential for the unsustainable bubble to burst.

In the end, crisis was only narrowly averted around 2011 through a dramatic range of measures taken by Beijing – including limiting second home ownership and increasing interest rates – to deflate the bubble. However, one of the consequences of confronting reality was the end of double-digit annual GDP growth, and the rate of expansion of the Chinese economy has slowed in every year since.

The deflation of the property bubble and the deception of the CCP in creating it, not to mention the slowing of growth, was not enough to deter investors. China’s expanding middle class and demand for luxury western brands – including everything from Louis Vuitton to Mercedes-Benz – continued to pull in businesses. This burgeoning consumer market proved just too attractive to resist throughout the 2010s and a growing number of corporate leaders decided that China held the key to their future growth.

And then US-China relations declined, with Trump’s hawkishness central to his 2016 election campaign, followed by the President’s imposition and China’s counter-imposition of tariffs on goods traded between the two countries. As trade flows weakened and became more expensive, and investor confidence deteriorated, the trade war began to have an impact on the global economy – damaging growth around the world and proving especially harmful to manufacturing.

At the start of this year there was light at the end of the tunnel. President Trump and President Xi Jinping reached a “phase one” agreement to begin de-escalating the trade war they had started. As each side began to lift tariffs, China promised to take measures to resolve America’s concerns, including strengthening intellectual property protection and importing more products from the US.

And then Covid-19 hit, wreaking havoc on the world’s finances and raising a series of potentially damaging and as yet unanswered questions about what the Chinese authorities knew and when. Suddenly, the untrustworthy nature of the CCP was brought into sharp relief once again and the world was reminded that President Trump’s tough approach was the only rational way to deal with such duplicity.

China’s rapid bounce back from the crisis, and its supposedly buoyant stock market, seem too good to be true to some commentators, who point to the history of widespread earnings manipulation by some Chinese companies, as well as lingering distrust of an economy which often has elements of Soviet-level dishonesty.

As uncertainty around the picture in China grows, the response from companies with a financial interest there has been mixed. Some, like video conferencing specialist Zoom, reacted to alarm over China-based data processing swiftly, by moving non-China traffic to non-China data processing centres and giving subscribers more control over the facilities used for their calls.

Key players in technology, manufacturing, and pharmaceuticals are reviewing their supply chains and accelerating the movement of production out of China – with Vietnam and Mexico the key beneficiaries of the shift.

However, other companies have gone in completely the opposite direction, including London-headquartered bank HSBC, which came under fire from British and American government officials when their Asia-Pacific CEO publicly expressed support for Hong Kong’s freedom-crushing security law.

Australia-based bank ANZ is altogether more confused in its response and is representative of the majority of the world’s corporates when it comes to China. When CEO Shayne Elliott took the top job in 2016, he appeared to abandon his predecessors’ plan to bet the house on China in favour of what seemed to be a more measured and diverse strategy, and as recently as May pointed to the increased risk now attached to ANZ’s Chinese investments.

However, this appears to have been PR spin. Over the summer it quickly became apparent that the bank’s leadership is determined to maintain good relations with the CCP in order to protect its Chinese investments – even if this means destroying the career of a US citizen in the process. Under pressure from Chinese regulators and the bank’s Chinese partners, ANZ fired a high-performing trader, the American Bogac Ozdemir, who wrote on LinkedIn about his distrust of Chinese officials over the Covid-19 pandemic. This has been followed by worldwide criticism of Elliott, and what some might regard as a conveniently timed retirement of the bank’s chairman, David Gonski.

The chaos at the top of ANZ in the face of Chinese pressure is being replicated across corporate boards in the US and around the world. One academic has suggested the bank’s buckling to CCP bullying should be the topic of an MBA for troubled corporate leaders who need lessons in “information resilience”.

As the global pandemic continues to shine a spotlight on the Chinese state, US and global corporates are still struggling to develop the clarity of vision required to recognise the risks of doing business with an authoritarian state. Corporate leaders would do well to recognise that, far from the typical refrain of “Orange Man bad”, President Trump has issued timely warnings on these dangers which they have foolishly ignored. No matter what the outcome of next week’s election, it’s time they listened to him.