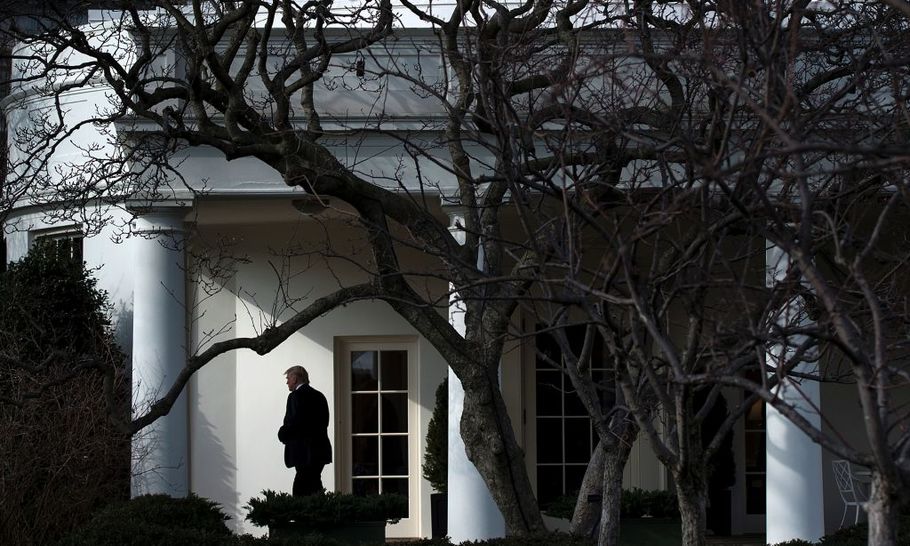 Joe Biden’s task seems obvious enough. He must win back a decent number of the long-term Democrats who backed Donald Trump four years ago. If he does that, he will become President. If he doesn’t, he will lose.

In fact, that’s not quite right. It is perfectly possible for Trump to retain all the support he secured in 2016 and Joe Biden to win. Indeed, Trump could add win one million — and conceivably two million — more votes than last time and still lose. As for Biden, it would obviously help to persuade last-time Trump supporters to switch sides; but it’s not necessary.

As we approach Labour Day and the unofficial start of the final, hectic race to election day, let’s crunch the numbers. For the contest is not as straightforward as it looks.

In 2016, Clinton won 48 per cent of the national vote, while Trump won 46 per cent. Six per cent voted for other candidates. This “other” block was well above the recent norm. In each of the three previous presidential elections, “other” candidates won less than two per cent of the vote between them. The latest polling evidence suggests that this year’s election will see the “other” total fall back again.

What does this mean for the Trump-Biden contest? Here are two assumptions. First, the “other” vote will drop from six to two per cent. Secondly, Trump could lag two per cent behind in the popular vote, as he did four years ago, but still win the electoral college. In that case, Trump will need 48 per cent of the vote, compared with Biden’s 50 per cent, if he is to remain President. The 46 per cent he won last time will not be enough. Even if the “other” vote is three or four per cent, the central point remains: Trump will have to do better than last time to retain the presidency. Just holding on to the long-term Democrats he won last time will not be enough.

That’s the arithmetic. But those numbers reflect a deeper political point. American politics is plainly polarised. But between the committed pro-Trump right and the passionate pro-Biden liberal and left are millions of American voters who keep away from both ends of the spectrum. When US pollsters ask voters to say which of three ideological groups they belong to, around 35 per cent say Conservative, another 35 per cent say Moderate, and around 30 per cent say Liberal.

The following table shows how their allegiances have shifted since 2016*:

As those figures show, Trump has consolidated his support among Conservatives, while Liberals are even more pro-Democrat than last time. These two shifts broadly cancel each other out. By far the biggest movement, and the reason why Biden’s lead is now around 9 per cent overall, is the shift among moderates. These are the swing voters who will decide who wins in two months’ time. TV reports that include interviews with conservative-minded Democrats who voted Trump last time are right to record that they are standing firm. Trump’s base is indeed solid. But this misses the point. The electoral action is elsewhere.

What explains the big shift to Joe Biden among moderates? A big clue comes from a question that YouGov asked about the candidates immediately before the 2016 election, and has repeated in its recent polls: Q. Do you think (candidate) is honest and trustworthy or not? Here are their findings for moderate voters:

As those figures show, the ratings of Clinton and Trump in 2016 were much the same — and equally bad. It’s very different this year. Trump’s figures are slightly worse than four years ago, while Biden is trusted far more that Clinton was.

Moderates also like Biden more than Clinton on a range of other qualities, but the figures have not changed as dramatically. These include general favourability, likeability and “cares about people like you”. Many of the voters that Clinton needed to back her simply did not rate her. Above all, they didn’t trust her. Biden has won them back, not so much because he isn’t Trump but because he isn’t Clinton.

This brings us back to the disappearing minor party vote. The 2016 exit poll showed that the “other” vote was highest among moderates and smallest among Conservatives. It’s hard to escape the conclusion that Gary Johnson, the Libertarian candidate, and Jill Stein, the Green candidate attracted voters who would never support Trump but couldn’t stand Clinton. (As well as moderates who deserted Clinton for minor candidates, around one million liberals preferred Stein.)

This determined the outcome in three states that, on the night, put Trump in the White House: In Michigan, Trump won only 10,704 more votes than Clinton. But Johnson (172,136) and Stein (51,463) won more than 220,000 votes between them. In the other two states , the combined votes of Johnson and Stein exceeded Trump’s majority by four-to-one (Pennsylvania) and six-to-one (Wisconsin).

This analysis does not mean a Biden victory is certain. He has two specific weaknesses. First, though he is ahead of Trump on many issues, notably coronavirus, he is still narrowly behind on the economy. Second, he has fewer “enthusiastic” supporters than the President. If he trips up in the campaign, for example in the TV debates, he could see his less committed supporters slip away.

However, for the moment, Biden is well-placed, not least because he doesn’t need to win back a single voter who backed Trump four years ago. He just needs to do what Clinton failed to do in 2016: mobilise America’s clear anti-Trump majority to march behind his banner.

* The 2016 figures are taken from the exit poll commissioned by the TV networks; total sample 23,447. The August 2020 data combine results from surveys by YouGov, CNN and Morning Consult, with a total sample of more than 10,000. (They are the three companies which have published voting intention analysed by ideology.) These sample sizes minimise random sampling error. It should be added that the results from the 2016 exit poll are similar to YouGov’s 4,000-sample eve-of election survey; while the recent surveys by the three polling companies are broadly consistent with each other. This means that, despite the methodological differences between an exit poll and conventional surveys, the comparison between 2016 and 2020 is robust.