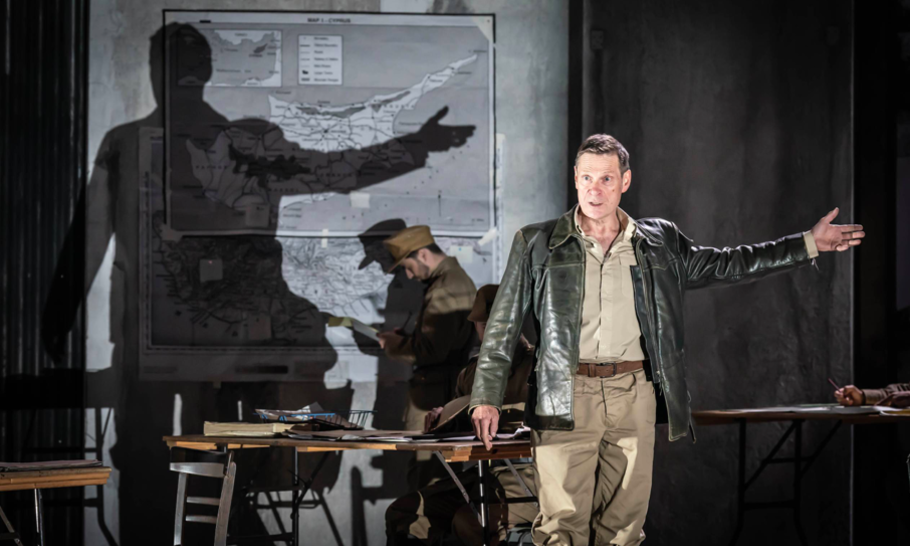 Productions at Grange Park Opera, performed at West Horsley Place in Surrey, are always sensible and usually inspire self-reflection. This is a welcome relief from some modern productions that are too anxious to tell you what the director thinks. In this David Alden production of Otello, the opera ’ s title might almost be Iago, the reference it was given in its early creation since there was already an Otello by Rossini. Of course, there is nothing wrong with having two different operas of the same name, and in the 1890s two operas called La Boh è me were written by different composers, the famous one by Puccini, and another by Leoncavallo (better known as the composer of I Pagliacci ).

In Alden ’ s production , Iago is very much the dark star. His presence is felt throughout, and seen at the beginning of each act, half hidden by the curtain. At the end he sits in the shadows as Otello kills first his wife Desdemona and subsequently himself. Those final moments, as he learns the truth from Iago ’ s wife, were very strongly portrayed, and we are left with the powerful impression that Verdi very much intended to convey in his penultimate opera. It is a more nuanced work than Rossini ’ s earlier Otello , where the eponymous protagonist is merely irascible. Here in Verdi ’ s hands he is a fatally flawed hero, brought down by innuendo and uncontrollable jealousy.

At Grange Park, Gwyn Hughes Jones produced a noble Otello, easily tormented by Iago, with Elizabeth Llewellyn a lovely, gentle-voiced presence as Desdemona. Elgan Llyr Thomas as Otello ’ s captain Cassio portrayed great sincerity, and Olivia Ray as Iago ’ s wife Emilia moved with perfect grace. A very fine, if silent, presence before she voices her exasperation with her husband ’ s perfidy at the end, when she sang with convincingly stunned amazement. As Iago himself, Simon Keenlyside ’ s baleful stage presence, superb singing and ostensibly honest bearing was the engine behind this excellent performance under the baton of Gianluca Marciano.

A wonderful yet sublimely simple staging allowed the music and singers to give their very best. Ever present on the cavernous, semi-circular stage was a painting of the Madonna, an apt counterpoint to the evil machinations of Iago. The image allows him to show his real character when he subtly dismisses it as an annoying distraction. Opera as an art form, when done really well as it was here, can put us in touch with deep feelings about our emotions and current issues. Indeed, Keenlyside ’ s portrayal brings to mind a more modern villain, albeit perhaps with rather different motivations.

We owe it to Arrigo Boito, the librettist, and an operatic composer in his own right, not only for this adaptation of Shakespeare ’ s play but for the ability to coax Verdi into composing this opera. The intervening gap of some fifteen years since Aida had been filled mainly with his Requiem and revisions to Simon Boccanegra and Don Carlo . Boito as a young man had been rude about Verdi but fully made up for it. Having already provided the libretto for Franco Faccio ’ s Shakespeare opera Amleto (Hamlet), he and Faccio changed Verdi ’ s mind about retirement. They dined with him in 1879, and thanks to their cajolery we have this remarkable work, followed six years later by his final masterpiece, Falstaff .