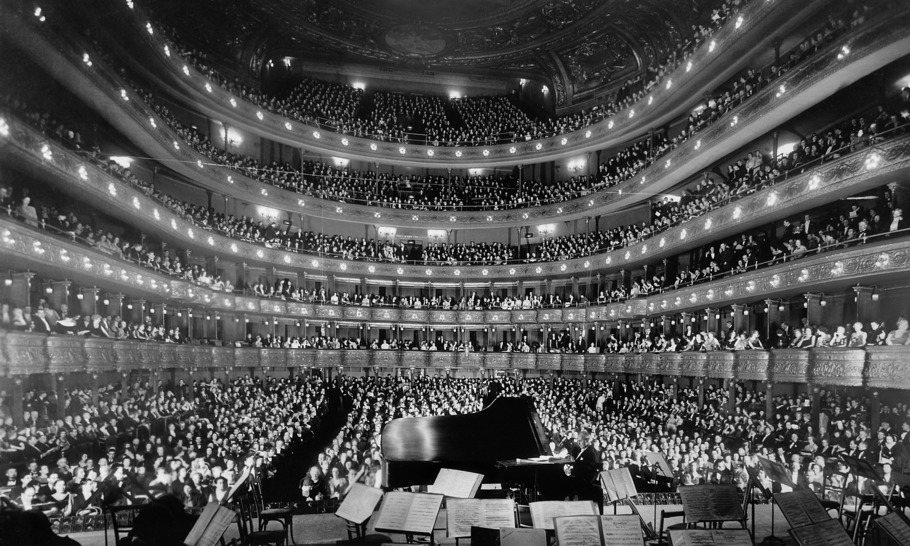 In 1848, the European year of revolutions, Wagner began what became his great Ring cycle, revived this season by the Royal Opera and broadcast by the BBC. Like any great work of literature its themes illuminate human ambitions and politics, and as a uniquely European creation (it derives from a medieval saga called the Nibelungenlied ) it may hold lessons for the European Union. Thinking of the ring itself as the Euro with treaties engraved on Wotan’s spear, the construction of Valhalla, built by the giants, can serve as a metaphor for the modern European Union. At the end the whole edifice goes up in flames partly because of an over-weaning sense of entitlement, and partly because Wotan is unable to correct flaws in the payment for Valhalla.

Wagner’s framework has three levels: the Nibelungs, industrious smiths who dwell in the depths of the earth; the giants who reside on the earth’s surface; and the gods, spirits of light who live on the cloudy heights. Wotan, king of the gods, arranges for the giants to build Valhalla, but to pay them he steals the gold that Alberich, master of the Nibelungs, took from the Rhine and the ring of power he created from it. One giant then kills his brother, takes all the treasure and turns into a dragon to guard it forever. In the remaining three operas of the Ring cycle Wotan seeks a way to recover the gold and return it to the Rhine, thereby nullifying his theft of what was originally stolen from its depths by Alberich. Thus will he preserve the treaties inscribed on his spear, and the gods can live on peacefully in Valhalla.

The serious obstacle to this is the existence of the ring, but his plan is a deep one. He fathers two children, Siegmund and Sieglinde, and forges a sword that can kill the dragon. The children initially grow up together, but are later split apart (like West and East Germany), with Sieglinde being forcibly married to a man she doesn’t love (like East Germany’s forced marriage to the Soviet Union). Then, following the Prologue ( Rheingold ), Siegmund and Sieglinde reunite, become lovers, and Siegmund grasps the sword that Wotan created. With the plan now well under way, Wotan’s wife Fricka strongly objects, pointing out that Siegmund is not the free hero that Wotan thought he had created, and he bows to her demands, breaking the sword with his spear.

Siegmund is killed, and Sieglinde later dies giving birth to their son Siegfried (united Germany). Here now is the free hero that Wotan wanted. He re-forges the sword, kills the dragon and takes the ring. In the meantime, Wotan places his daughter Brünnhilde into a deep sleep as punishment for having tried to protect Siegmund from the pursuing husband, and help Sieglinde escape. Surrounded by fire she can only be woken by the most fearless of heroes — Siegfried himself. After coming to manhood he breaks Wotan’s spear with its treaties, awakes Brünnhilde, wins her as his wife, and all is now set for the completion of Wotan’s plan to return the gold to the Rhine.

But the ring displays an independent power. Siegfried gives it to Brünnhilde as a token of their union, and departs on a great journey. She refuses to give it up when one of her sisters begs her, and when Siegfried returns, drugged and duped by Alberich’s son Hagen into forgetting his marriage to Brünnhilde, he forcibly takes it back, setting the stage for catastrophe.

Hagen keeps watch and waits, communicating in a dream with his father Alberich, two embodiments of naked ambition scheming to regain a power they consider rightfully theirs, like Putin and Hitler. When Siegfried, now wearing the ring, brings Brünnhilde as a wife for Hagen’s half-brother, fury and deception lead to oaths being sworn on the point of Hagen’s spear. Siegfried has been manipulated, but by the time he remembers that Brünnhilde is his beloved wife, it is too late. Hagen thrusts his spear into Siegfried’s back.

There follows one of the great orchestral moments of the Ring, Siegfried’s funeral march as they carry his corpse back to the palace. Brünnhilde, finally realising how she herself has been duped into condemning him, demands a great funeral pyre be erected, rides her horse into the flames, and as the Rhine overflows its banks and Hagen reaches for the ring, the river sweeps him aside. The Rhinemaidens claim the ring, taking it down to the watery depths, while flames consume Valhalla. It is the end of the Ring cycle, the destruction of Valhalla and, as the title of final opera ( Götterdämmerung ) states, the Twilight of the Gods.

As a Wagner aficionado, Germany’s chancellor Angela Merkel knows the story well, but seems to have had no more power to act than the characters in the drama. Having seen the spear and its Euro treaties break the sword of democracy wielded by George Papandreou of Greece seven years ago, she is fully aware of the problem, but her solution at the time was to strengthen the spear, strengthen the treaties. This worked, but nationalist voices now call for weakening the spear, which could yet be broken.

In Wagner’s Ring , after Siegfried has broken the spear, Wotan resigns himself to the idea that his days are over and that his grandson Siegfried will inherit the earth. But it doesn’t turn out that way. Other forces are at play. The ring inspires huge envy. No one can give it up. Rejection requires too much strength of purpose, and Hagen’s schemes cause its owner to forget recent history and betray the union (with Brünnhilde) he so joyfully joined.

Can the same happen with the EU, tied as it now is to the fate of the Euro? Rejecting it and its associated treaties is surely part of the reason for the British vote to leave, and may yet cause further ructions. The clash of fiscal rules with democratic legitimacy remains a serious problem, but no-one has yet come up with a plan to dissolve the Euro. The idealism that inspired its creation still burns brightly in Continental Europe, suffering as it has from wars and internecine conflict, but the focus on internal problems ignores external threats. As in Wagner’s great European masterpiece, born of European internal conflict, external threats may not be recognised until too late.