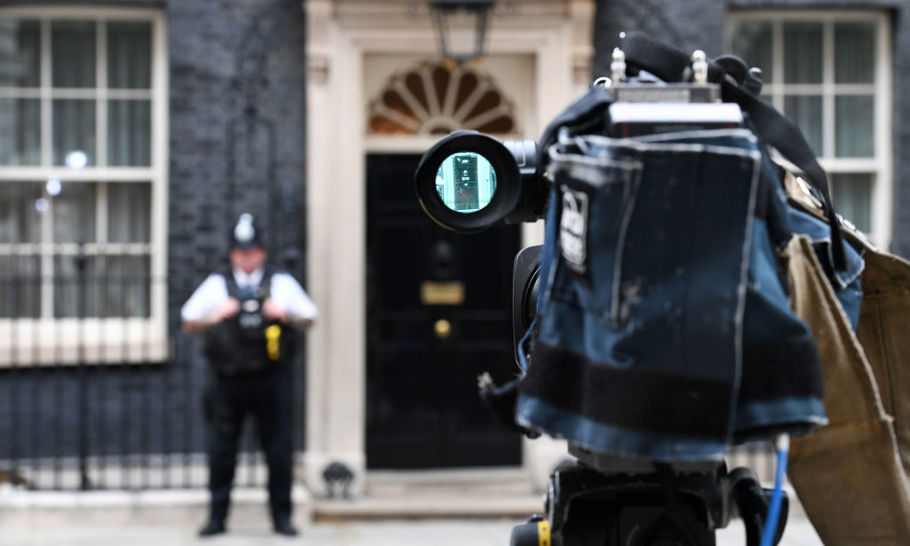 The Brexit saga is back with a vengeance. Michel Barnier, the European Union’s chief negotiator says his negotiations with Britain are going nowhere. He and David Frost, the UK negotiator, agree that the transition phase could end in December without a deal. The prospect of breakdown is real, even if we are witnessing the kind of public sabre-rattling that tends to accompany the diplomatic end-game in tough negotiations. Either way, the drama of the next few months will be real.

If news editors groan that more Brexit stories will bore their readers and viewers, I can offer reassurance. Voters switched off from Brexit in the spring, but are switching back on again. Twelve months ago, when Boris Johnson became Prime Minister, 71 per cent of the public told YouGov that it was one of the most important issues facing Britain. Three months ago, when the Covid-19 crisis was at its peak, the number had fallen to 25 per cent. It’s now back up to 45 per cent, not far behind health (56 per cent) and the economy (55 per cent). The salience of Brexit has oscillated, but what about public views on the issue itself?

A recent report, first published by Business Insider, caused a stir, when its headline proclaimed: “Support for Brexit is collapsing as poll finds big majority of British people want to be in the EU”. Sadly for pro-Europeans, its figures show no such thing. The data, from the biennial European Social Survey project, is eighteen months old. It tells us nothing about public attitudes since the UK left the European Union.

The truth is far less dramatic (as truth tends to be, to the frustration of journalists, politicians, campaigners and anyone who relies on excitement to generate attention). Since August 2016, two months after the Brexit referendum, YouGov has regularly asked the same question: “In hindsight, do you think Britain was right or wrong to vote to leave the EU?” Until May 2017, they tended to show slightly more people saying “right” than “wrong”.

Following Theresa May’s catastrophic election campaign, the public mood shifted: not much, but enough for voters to move, first to level-pegging and, from October 2017, a modest lead for “wrong” over “right”. And there it has remained. Four YouGov polls since Easter have shown an average of “wrong” 45 per cent, “right” 42 per cent. Their latest survey reports a 47-40 per cent lead for “wrong”. There might have been a slight shift; then again, recent polling movements might simply reflect sampling fluctuations.

So: a clear, if small, majority of us think Brexit was a mistake — that means we would now vote to rejoin the EU, right? Wrong. YouGov’s tracking question looks back, not forward. There may be people who think that, on balance, we were wrong to leave the EU but, now we are out, would prefer us to make the best of Brexit rather than embark on the arduous process of applying to return.

The polling evidence suggests that is, indeed, the case. Three recent polls have asked people how they would vote in a referendum held now on whether to rejoin the EU. Excluding “don’t knows”, these are the results:

So, one poll shows a tiny shift to “in”, one a slight shift to “out”, and one no change. Taking account, again, of sampling fluctuations, the chances are that a referendum held now would produce much the same result as in 2016.

Of course, no referendum will be held anytime soon. If one were held in a few years’ time, it will be in circumstances that are very different and which, indeed, we cannot predict with any certainty. Public opinion then may have moved, very possibly a lot. The best way to view recent YouGov, Kantar and Panelbase polls is to say there is a modest amount of buyers’ remorse for leaving the EU, but not — at least not yet — enough remorse to undo Brexit.

The stability of recent times may not last. The outcome of the current negotiations could change the public mood. Or, rather, the experience of life next year, once the transition phase is over, could change the mood. A YouGov survey last month found that, by 63-15 per cent, we would prefer to end transition with a trade deal rather than without a deal. Even people who voted Leave four years ago would prefer a deal by a margin of almost two-to-one.

We should be cautious about interpreting these numbers. A deal would certainly boost the pro-Brexit poll numbers in the short run, while a breakdown in talks would probably dent those numbers. The real test, however, will be next year. Will the news show lorries delayed at Dover and Calais, or will trade continue to flow freely? Will imported food be dearer and harder to find in the shops, or as cheap and plentiful as it is today? What will happen to jobs and investment? Will the voters’ verdict be that Boris Johnson has redeemed or betrayed his promise to deliver a freer, fairer and more prosperous future?

Those questions could have a special potency in Scotland. Recent surveys have shown, for the first time, a modest but steady majority for voting “yes” in a new referendum on Scottish independence; and, as that Panelbase survey shows, a big majority of Scottish voters still want to be in the EU. Next May, if Scottish voters decide that Johnson has made a mess of Brexit, the elections to Scotland’s Parliament could produce a thumping victory for the Scottish National Party and its likely demand for a fresh vote on whether to leave the UK.

The Westminster Parliament, with its big Conservative majority, has the power and the numbers to deny a new referendum on Scottish independence. Politically, however, would Johnson be wise in those circumstances to deny Scotland’s voters the right to decide their destiny? Might that provoke a dangerous crisis in relations between London and Edinburgh?

One way and another — and views will vary as to whether this as a blessing or a curse — the Brexit saga has many more chapters to go.