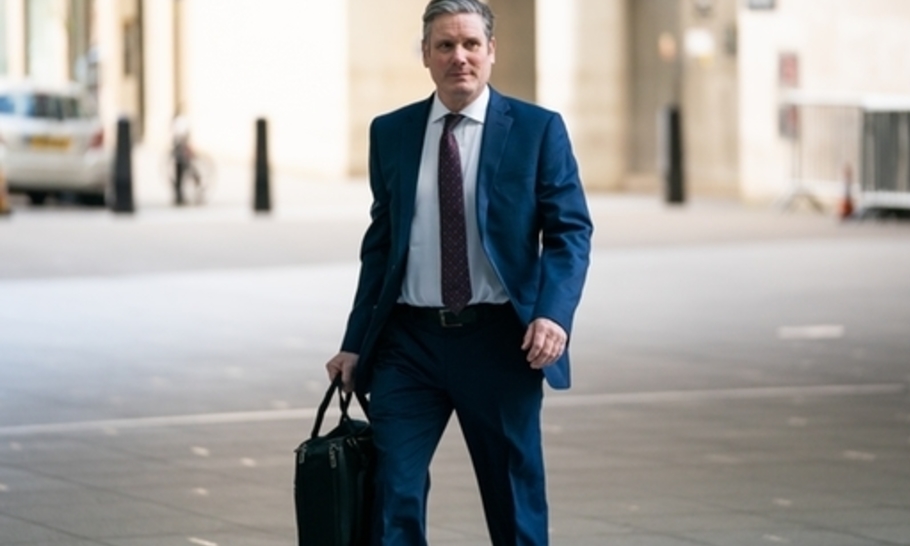 Sir Keir Starmer, fresh from his landslide victory in the Labour leadership contest, has unveiled his first Shadow Cabinet. In the process, he offers us our first glimpse of Starmerism. The headlines include promoting leadership rival Lisa Nandy and former party leader Ed Miliband back into senior shadow ministerial positions.

It is little surprise that Starmer has used his first step as Leader of the Opposition to shunt his party away from Corbynism and toward the centre. The plum jobs of Shadow Chancellor, Foreign Secretary, Home Secretary and Cabinet Office Minister have all gone to Labour MPs far to the right of Jeremy Corbyn.

It would be wrong, though, to characterise the new line-up as a clean break from Corbynism. In fact, this Labour front bench neatly balances both the left- and centre-leaning wings of the party. Corbynites including Rebecca Long-Bailey, Emily Thornberry, Andy McDonald and Jonathan Ashworth remain around the Shadow Cabinet table and Starmer resisted the urge to promote divisive centrists like Yvette Cooper and Hilary Benn.

This balanced approach is consistent with his leadership pitch. Starmer sees himself as a uniting force and an anti-factionalism revolutionary. Just as he did while campaigning to Labour members, he is using his first days in the top job to present himself as a leader for the whole party, no matter who you are or which intra-party group you might have previously associated with.

Unfortunately for him, though, this outlook appears naïve and doomed to fail. The Momentum group and the hordes of Corbynites and trade unionists who have controlled the party for the last five years are not going anywhere. Now that Starmer has empowered moderates within the party by promoting the likes of Lisa Nandy, Anneliese Dodds and Rachel Reeves, internal civil war is inevitable.

As I wrote in January in the Independent, Starmer is employing the same stratagem initially favoured by Corbyn on Brexit. Corbyn tried to walk the tightrope between the Leave and Remain wings of his party for some time by refusing to give straight answers on Labour’s Brexit policy.

The result was an unmitigated disaster. MPs regularly briefed against the party line and no one knew what Labour stood for. Chaos reigned. The ultimate outcome was a catastrophe of a general election campaign in which the party tried in vain to avoid discussing the issue du jour altogether, culminating in its weakest showing since before the Second World War.

Bafflingly, Starmer has now adopted Corbyn’s failed Brexit tactics and is applying them to the party’s direction as a whole. By worshipping party unity above all else and giving the impression that he has no beliefs of his own, he is trying to please everyone, but will soon find that he is pleasing no one.

Corbynites see Starmer as a centrist who wasted no time sweeping the top decks of the party free of socialists and gleefully replacing them with his right-leaning stooges. Meanwhile, those on the centre-left of the party will never fully trust the man who served in such a key Shadow Cabinet position until the very end of Corbyn’s tenure, and still refuses to remove some of his predecessor’s most senior allies from the front bench.

No one wins from a Starmer leadership. The centre-left wanted Nandy and the Corbynites wanted Long-Bailey. They settled on the compromise candidate, but that is like putting a plaster on a gunshot wound. The party continues to bleed.

Starmer ought to look to how Boris Johnson dealt with a comparable situation. Last year, rising to the top of a party riven by policy divisions, Johnson showed no hesitation in laying down the law. He set party policy in stone with no ambiguity by laying out his Brexit plan and expelled those who rebelled against it.

There were several very difficult parts of that progression. First, Johnson had to succeed in his negotiations with the EU, a task widely viewed as impossible at the time, in order to avoid committing to a no-deal Brexit. Then, he had to call a general election early enough for Brexit to be the question on the electorate’s minds and win it decisively.

Starmer does not have the luxury of reverting to public opinion to settle differences within his party, so he must be even more authoritative than Johnson in the enforcement of the party line. At present, though, he appears both unwilling and incapable of executing such a feat. He prefers to coast. That cannot last.

Some within Labour want radical socialism, others social democracy. For as long as Starmer continues to sit on the fence, he may call that consensus, but his mandate remains thin. If he is indecisive, it is difficult to see him as anything other than a placeholder until 2024, when he is likely to lead Labour to yet another general election defeat.

The Labour party is excellent at not making existential decisions. It was even willing to consider having two party leaders at the same time, to avoid a decision on its direction. But this inability to determine what type of party it wants to be has serious consequences.

Post-Corbyn, the party must decide what it wants to be. That will be tough, but it cannot be avoided. Starmer’s election was a mere postponement. Labour is procrastinating, and it will be punished with a long sentence on the Opposition benches.