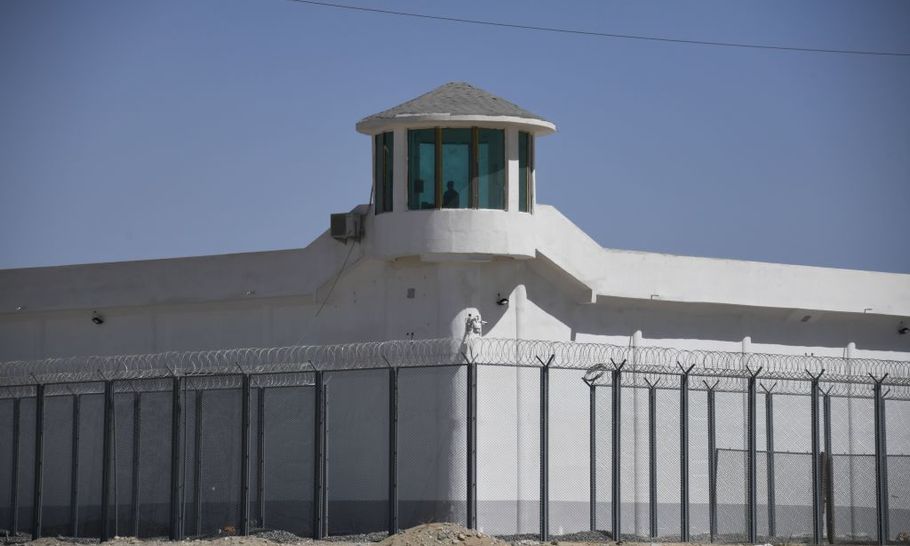 Two weeks ago, the President of the Board of Jewish Deputies, Marie van der Zyl, sent an open letter to Liu Xiaoming, the Chinese Ambassador to Britain. She wrote that “nobody could fail to notice the similarities between what is alleged to be happening in the People’s Republic of China today and what happened in Nazi Germany 75 years ago”. Foreign Policy had previously printed a story about the discovery of 13 tons of Uighur hair. Van der Zyl cited Uighurs loaded forcibly onto trains, men forced to trim their beards, women sterilised and the “grim spectre of concentration camps”. The Board of Jewish Deputies letter was courageous in challenging stereotypes of Muslim-Jewish relations.

Newspapers and broadcasters, and, of course, Jewish publications, featured the letter, together with a strong statement from Cardinal Charles Bo of Yangon, President of the Asian Bishops’ Conferences describing the events in Xinjiang as the “world’s worst mass atrocities”. Then came the question in Radio Four’s 2nd August Sunday programme — why had the Pope said nothing? He had the opportunity. Why, according to reports, did he delete from his 5 July Angelus message words of support for protesters in Hong Kong against the Chinese Government’s new Security Law? Francis’s worldwide popularity is built on his known sympathy with victims.

The silence of Popes can be more neuralgic than their utterances. Francis will remember how Pius XII’s failure to denounce the Holocaust — once he was aware of it — undermined him and the Catholic Church despite the many Catholics, and even the Pope himself, sheltering Jews from Nazi murderers. There is a comparison to be made with the way Pius XII came under pressure from the US to speak out in September 1942. The egregious human rights violations of the Chinese government, made horrifically clear in leaked drone footage from 2019 of blindfolded Uighurs awaiting transportation, and testimonies from Uighurs themselves, are being politicised and instrumentalised by the US government. China has become “the enemy”, a process intensified by Trump’s weakness in the polls with the November elections in sight. We are all required to take sides in a new Cold War.

So why was there no protest against Beijing in Pope Francis’s Sunday Angelus talks? Most obviously, because difficult and delicate negotiations are taking place this year between the Holy See and Chinese officials from the United Front Work Department, the body in charge of religious and ethnic minorities such as the Uighurs. The 2018 Holy See-Beijing Provisional Agreement about the appointment of bishops comes up for renewal in September. From the perspective of Rome this is central to ending a schism. The aim is to bring together the Chinese Patriotic Catholic Association, bishops selected by the State with post-agreement, papal approval required, and the former “underground” Church, bishops selected by the Pope but only recognised by the Chinese state in the Provisional Agreement. The agreement, full details not disclosed, determines who will lead at least 12 million Catholics.

Were the Pope to speak out, negotiations would come to an end. But the Chinese Communist Party has been foot-dragging. Persecution of religious minorities has not abated. Many reports suggest it has got worse — persecution of Catholics loyal to Rome could easily intensify. The Holy See holds two cards in its hand — it is the last state entity to still recognise Taiwan and to have an ambassador (nuncio) in Taipei, and it knows the CCP does not want a breakdown of talks, with a public Vatican denunciation to follow since it would be grist to the mill for the US.

The three key players in current negotiations are Cardinal Pietro Parolin, Secretary of State, and Archbishop Claudio Celli, a key negotiator, experienced in communications, and Archbishop Paul Gallagher from Liverpool, secretary for relations with states. None of them would be described as naïve. All are skilled diplomats. They have the unenviable task of balancing the Church’s prophetic voice with doing everything they can to protect Catholic communities in China, while keeping in mind the opportunity presented by a huge population potentially open to evangelisation. The stakes are high.

On the Chinese side, the Pope is seen as the problem, a foreign leader capable of profoundly influencing a minority group in the Peoples Republic, and of undermining the creation of a subservient Christian Church. Hackers, believed to be Chinese, have broken in to Vatican correspondence. Right now, Pope Francis would only undermine his own position by attacking Beijing in public on human rights. In his message, released four days after the 22 September 2018 Provisional Agreement was signed, he tellingly addressed “Catholics of China and the Universal Church”, calling for all to work for the common good, for reconciliation, and for full communion among Chinese Catholics. Francis even referred to China’s early experience of Christianity, “the fruits of the Gospel sown in the Middle Kingdom” and its recent travails: “your constancy amid trials, and your firm trust in God’s Providence even when certain situations proved particularly adverse and difficult”.

Silence in this case is not golden. Rome may be very glad that the leader of the Asian Bishops, Cardinal Bo, has used his prophetic voice on behalf of the universal Church. It is also good to see the British Board of Jewish Deputies deploring the fate of distant persecuted Muslims. And Marie van der Zyl was wise to avoid the word “Holocaust” in her open letter; in China “the Holocaust” refers to the estimated 20 million Chinese civilians who died in the 1937-1945 Sino-Japanese war.