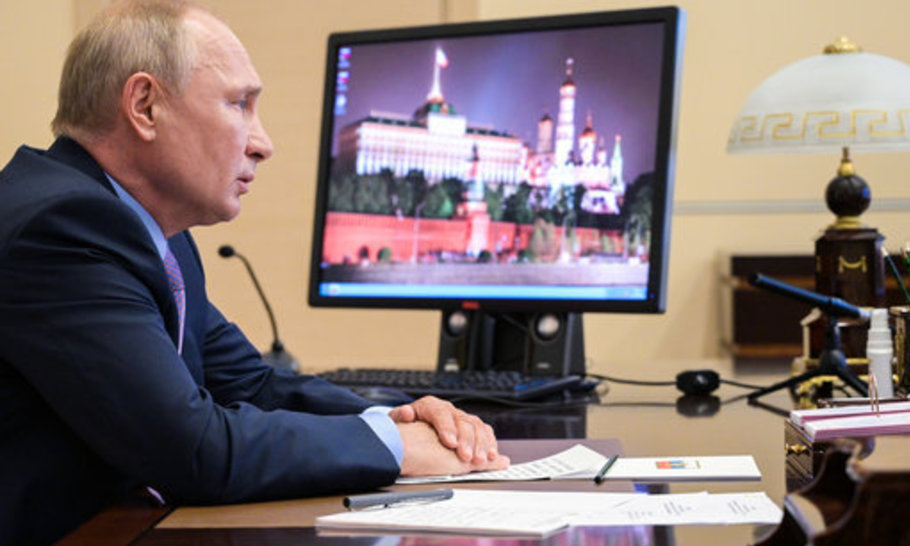 The discovery that computer hackers working for the Russian state have tried to steal the pioneering work of the Covid-19 vaccine team in Oxford is doubly revealing. First, it reminds us of the ever-present security threat posed by Moscow and other hostile governments. In this case, GCHQ anticipated the cyber-thieves, who go under the ludicrous moniker of “Cozy Bear”, and threw a protective cordon around the medical researchers. Not only have they failed, but the shadowy activities of the creeps who call themselves “The Dukes” have been exposed, doubtless to the irritation of their masters. Like the odious Salisbury poisoners, these are agents of the Kremlin, licensed not to kill but to plunder. His myrmidons know that there is nothing so vile that Vladimir Putin would not authorise it.

More significantly, however, this latest example of state-sponsored intellectual property theft is a sign of weakness. It reminds us of the contrast that still exists between the fecundity of the free world and the sterility of the authoritarian one. If Moscow were as confident of its ability to find a vaccine for Covid-19 as it claims, its network of cyber-warriors would not be devoting themselves to infiltrating the laboratories of the West. For all its vaunted triumphs of technology, the Chinese state is also still addicted to scientific and commercial larceny on a grand scale. There is no more reliable mark of a dictatorship than the habit of pilfering the discoveries of its more entrepreneurial neighbours.

It is true that tyranny is not entirely incompatible with creativity. From the mathematics of ancient Egypt and Mesopotamia to the computer science of TikTok and Huawei, the co-ordinated resources of an all-powerful state have often proved capable of producing remarkable results. Athens does not always defeat Sparta. Both the Second World War and the Cold War were damn close-run things.

Just because free enterprise has no monopoly of wisdom, however, does not mean that state monopolies are not damaging to those who impose them. It was only by removing controls from large parts of the centralised Chinese economy that Deng Xiaoping, some forty years ago, paved the way for its present prosperity. He understood that the monstrous monolith bequeathed by Mao was not only genocidal but suicidal too. The People’s Republic was incapable of harnessing the extraordinary abilities of the Chinese people.

By contrast, Xi Jinping is undoing Deng’s work, by reversing the latter’s cautious opening to the West. Nowhere is this more apparent than in Xi’s treatment of Hong Kong. Where Deng dealt with Margaret Thatcher as an equal and signed a solemn treaty with her to protect civil liberties and the rule of law in the former British colony, Xi has shown nothing but cruelty to the Hongkongers and contempt for the West.

Ultimately, though, Chinese interests will suffer for his arrogance — an attitude symbolised by the fact that, while Deng was content never to be head of state, government or party, but exercised power into extreme old age by virtue of his personal prestige, Xi was not content to lead the Communist Party and the army, but has made himself effectively President-for-life. Like Putin, Xi has eliminated any political competition. Absolute power does not only corrupt those who wield it, but the states over which they exercise it. And it does so, of course, absolutely.

The lessons that were learnt in the life-and-death struggle against Nazi Germany are still valid. One of them is that even the most sophisticated cultures can be perverted under diabolical leadership into committing the most abysmal crimes against humanity in the name of an evil ideology. Another is that, while such a totalitarian state may well acquire a reputation for efficiency and even technical superiority, sooner or later the intrinsic flaws in the political system will vitiate its plans for global domination. Ultimately, it did not matter that the Nazis built the first motorways and led the world in rocket science. The peace-loving democracies were reluctant to confront the self-styled master race, but once they did so, they were always going to win.

Today, the Western democracies are still forced to defend themselves against hostile states that prosecute their undeclared war by non-military methods. Cyber-theft is a continuation of that war by other means. But their lack of scruple is not a sign of strength. They know that, if they play by the rules, they can never win. That is the real meaning of Cozy Bear’s pitiful plot to claim credit for Oxford’s putative Covid-19 vaccine. The despots are doomed forever to play the part of the desperado . Putin in his pomp is nothing more than an emperor with no clothes.