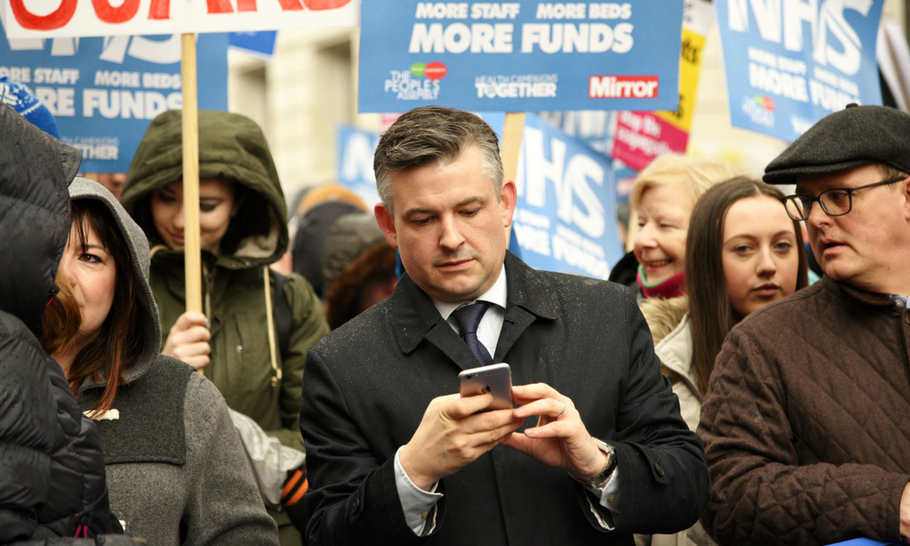 The latest YouGov MRP survey has confirmed the impression that the election is closer than it seemed a fortnight ago, when the same model predicted a Tory triumph. It still implies a Conservative majority of 28. But the margin of error is so large that it encompasses no majority at all; any prediction is bound to be arbitrary.

How will the country feel if it wakes up on Friday morning to find that the election has delivered another hung Parliament? At a guess, the reactions will range from angry to apprehensive. Almost nobody will feel other than a sense of anti-climax and déja vu.

The new hung Parliament, however, will not deliver the same kind of Government as the old one. Even if he still leads the largest party, as seems almost certain, Boris Johnson will be caught between the devil and the deep blue sea. Either he sticks to his pledge to “get Brexit done”, in which case the combined Opposition parties would probably defeat him in a vote of confidence, or he agrees to put his deal to a second referendum, thereby disappointing all those Leave voters who had just backed him in the election. Such an unpalatable choice risks reopening divisions within the Tories. The spectacle of Boris Johnson clinging to office while ditching his main policy would surely alienate the public.

It is much more likely that a hung Parliament would result in a minority Labour or a caretaker government. Either way, it is hard to see how Jeremy Corbyn would not be Prime Minister. And it is that scenario which has led one of his most senior lieutenants to voice fears about national security.

Leaving aside the question of how a recorded conversation with Jon Ashworth, the Labour health spokesman, came to be reported by the online platform Guido Fawkes, the implications of his words are genuinely hair-raising. Ashworth tries to reassure his interlocutor that, if Corbyn became Prime Minister, “the [civil service] machine will pretty quickly move to safeguard security”. This implies that even members of the Shadow Cabient share the concerns expressed earlier in the campaign by former Labour defence ministers such as Admiral Lord West and Lord Hutton.

Ashworth then insists that a Labour victory “is not going to happen”. The “combination of Corbyn and Brexit” has had a “dire” impact outside urban Labour seats, dominated by “middle-class, Guardian-reading people”, he concedes. “It’s abysmal out there. They can’t stand Corbyn and they think Labour’s blocked Brexit.”

Ashworth has apologised and sought to explain away his comments, but there is no reason to doubt that they accurately reflect his view of the campaign and his estimation of his leader. If the man whom Labour had intended to entrust with the NHS has grave doubts about Corbyn’s fitness for office, then what should the rest of us conclude? Let’s imagine for a moment what would be likely to happen.

It’s Friday 13th and the election has resulted in a hung Parliament. As it gradually dawned on the nation that Jeremy Corbyn was indeed moving into Downing Street, a sinking feeling would grip all but a minority of his hard-Left supporters.

With the City in turmoil and the currency collapsing, the flight of capital would be followed by the flight of talent. The economy would enter the fastest recession in history, beginning with the most mobile sectors such as technology and financial services, swiftly followed by small businesses. Inward investment would dry up immediately; the housing market would tank.

The main beneficiaries would be the unions, beginning with demands for a four day week across the public sector, backed by the threat of strikes. Despite Jon Ashworth’s repeated denials that the cut in working hours would apply to hospitals, NHS unions would insist and Chancellor McDonnell would ensure that it did.

A Corbyn government that tried to carry out the policies outlined in the Labour manifesto would find itself challenged in Parliament and in the courts, but it would use the prerogative wherever possible to overcome resistance. If necessary, emergency powers might also be invoked, against which there would be no legal recourse.

Already by Christmas the true intentions of the Corbyn revolution would be becoming clear. The United States would have cut Britain loose, plans to leave Nato would be in train and huge defence cuts announced. The Royal Navy’s two new aircraft carriers would be the first assets to be auctioned off, with Russia and China as the likeliest bidders.

Amid these uncertainties, Brexit would look like a sideshow. But the European Union would not stand idly by as its rules were flouted by Labour. It would threaten and if necessary impose financial sanctions on the UK, still a member state. The imminent prospect of a referendum, first on the EU, then on Scottish independence, would add to the sense of chaos. By the time Parliament reassembled, the Corbyn revolution would be running out of steam. Another general election early in the New Year would be inevitable.

All this and worse would be in store for us if the country were to wake up to a hung Parliament on Friday 13th. It would not be many days before people came to their senses, but by then it would be too late. A collective failure of the British imagination tomorrow could easily result in a vote for chaos, crisis and exodus. We would have only ourselves to blame. Thanks to Jon Ashworth, we have been warned.