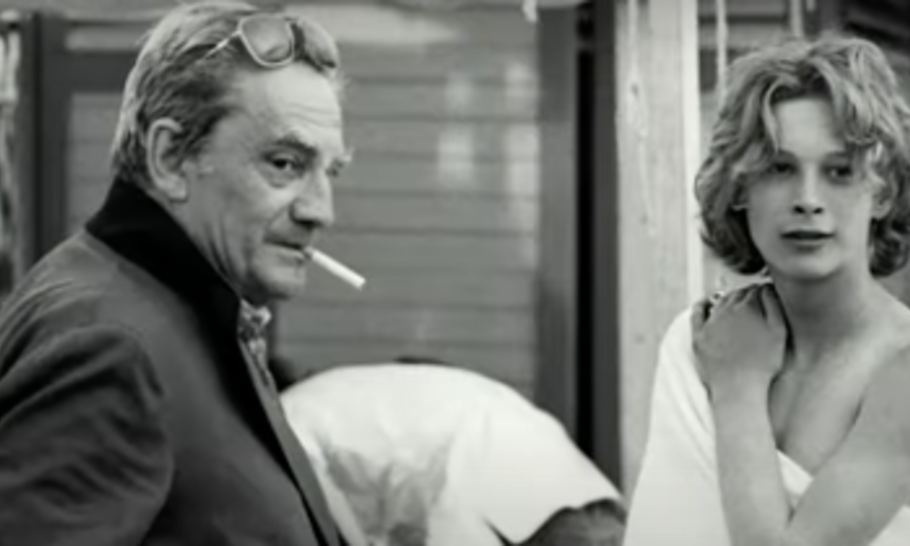 “He used to be more beautiful. He has aged. ” Thus spoke Luchino Visconti of Björn Andrésen, the 16-year-old star of his masterpiece Death in Venice at the 1971 Festival de Cannes — as Andrésen looked on with incredulity. This was a callous thing to say, even in jest. “In all the world, there is no impurity so impure as old age,” says a character in Death in Venice— a line delivered so forcefully that you cannot help but think that it is the director’s message. At the time of filming Death in Venice, Visconti was an ageing man of 64. If he was callous with others, he was just as callous with himself.

The recurring theme in the critical reception of Kristina Lindström and Kristian Petri’s new documentary The Most Beautiful Boy in the World has been the exploitative nature of the film industry and the havoc that the casting of Andrésen as Tadzio had wreaked with his life. Although I reject the suggestion of exploitation (nowhere in the documentary do we see Visconti or his crew acting with impropriety), at the time of the casting, Andrésen was still a child, pushed into acting by an overbearing grandmother who “wanted a celebrity in the family”. Although he had no interest in the acting profession, and may have even resented it, he was too young to hold his own. The documentary explores the effects of this early coercion on the rest of his life, deftly and sensitively.

But this is not what makes The Most Beautiful Boy in the World a fine film.

“He used to be more beautiful. He has aged.” This was a callous thing to say. Callous — but nonetheless true. At the time of the Cannes premiere, Andrésen was a stunningly handsome young man, a head above everyone else at that annual convention of the genetically blessed. And yet the mystical, haunting quality that his face had possessed a year earlier was already gone. Time was not kind to Björn Andrésen, and Lindström and Petri’s documentary — which moves between modern day and the filming of Visconti’s masterwork 50 years ago —is a meditation on its merciless march.

Thomas Mann’s 1913 novella Death in Venice is the greatest book of the 20th century. With raw Dionysian force, it dispenses with reason and speaks directly to the senses; it awakens our most powerful instincts and throws us in the depths of elation and despair; it gives us primordial joy, it dissolves our ego and unites us in an act of collective adulation. It is also a book which is virtually impossible to set to film. Many a cinematic giant tried and failed: Ferrer, Losey, Huston, Resnais, Zeffirelli. Because how do you find real-life embodiment of absolute beauty? It simply does not exist.

Yet Visconti found it in 15-year-old Andrésen. When Lindström and Petri’s documentary showed footage of Andrésen’s first audition, I was looking for flaws. I expected to see an averagely good-looking boy who was later transformed into a screen idol with various production gimmicks. But there were no flaws. That photo of Andrésen, head and bare shoulders, facing the camera squarely, gazing deep in – I have not seen anything so perfect in my life. Behind the eyes “the colour of water” — or maybe the colour of mercury — there was a chasm. What mysteries it hid, what passions … only he knew. His attention was turned inward, towards himself.  Still just a child, the boy looked definite and whole, a man who existed for himself, absorbed into his own way of being. Sensual yet chaste, serene yet indomitable, he spoke to the transient from the depths of the eternal. Everything around him seemed so trivial, so banal. Who was he, this majestic creature, this son of a strange god? A miracle of metaphysics? Nietzsche’s Dionysus? In an interview, Visconti declared that “once you’ve found absolute beauty, you’ve found death”. I am not sure about death, but, like a Nietzschean satyr, I would have put my life at the service of this boy without a moment’s hesitation.

“Any way time runs, it leads to disaster.” This line from Italo Calvino may well be the epigraph to Lindström and Petri’s documentary.

Bjorn Andrésen (pictured below) is no longer the most beautiful boy in the world — and time, which carries us all towards decay and annihilation, was especially cruel to him. After all, he had the most to lose. As I watched the documentary, one single thought dominated my mind:

“Whatever happened to you, Tadzio? Who dared to destroy your world?”

The face that once challenged and stunned is no more, and Andrésen’s physical decline, the obliteration of his beauty, its complete collapse, is difficult to accept.

But if The Most Beautiful Boy in the World is about the ruthlessness of time, it is also about a life that peaked too early. 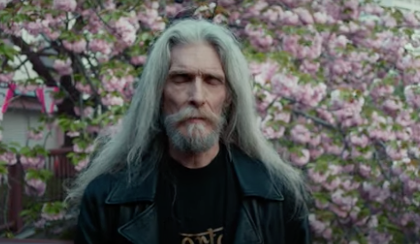 Björn Andrésen in “The Most Beautiful Boy in the World”

That moment when you realise that the best time of your life is behind you is a very hard moment indeed. You can only hope that it comes late, as late as possible. And certainly not at 20. After Death in Venice, Andrésen enjoyed several more years of success, as a pop singer and a TV personality; then, just like that, it was over. He had served his purpose and he was thrown out in the cold. Visconti moved on to his next projects, and I doubt that he checked on his young protégé. But Andrésen had few projects to move on to, so he was left to face the void, the endless succession of days and years gone by in a blur. He is vague about what happened in those years. But I don’t think he was happy.

He says he had not enjoyed his success. The fans, the media, the company of film stars — that was something he could have lived without. Maybe I believe him. But only up to a point.

Björn Andrésen is a thoroughly decent man whose life was distorted by tragedy. This is the impression I get from Lindström and Petri’s documentary. Björn Andrésen is also a genius — or, at least, he once was. Because beauty of the magnitude he once possessed is a kind of genius: a channel through which the spirit of the universe shows itself to the world.

The documentary talks about Andrésen’s “shattered dreams”. Had his mother not committed suicide, had his grandmother not been so selfish, had he never met Visconti — could he have turned out “normal”? With a nice house, nice family, nice job, that sort of thing? I doubt it, because a genius does not conform. He seeks his own way — which is often not a happy way.

So here’s to you, The Most Beautiful Boy in the World. You lit up for one brief, powerful moment, you emitted a blinding, glaring light, and you extinguished. You burnt too early and too fast. That was your tragedy.

But then, just imagine how much bleaker, greyer, duller the world would have been if, on a cold winter morning of 1970, in Stockholm, a 15-year-old-boy of ravishing beauty had not walked through the door of a sumptuous apartment right next to the Grand Hotel and Death in Venice, one of the finest films ever made, would never have been filmed. Andrésen’s legacy endures, the genius of his beauty will be revered by generations to come.

Maybe this was not worth the personal sacrifice. But I hope this is at least a consolation.