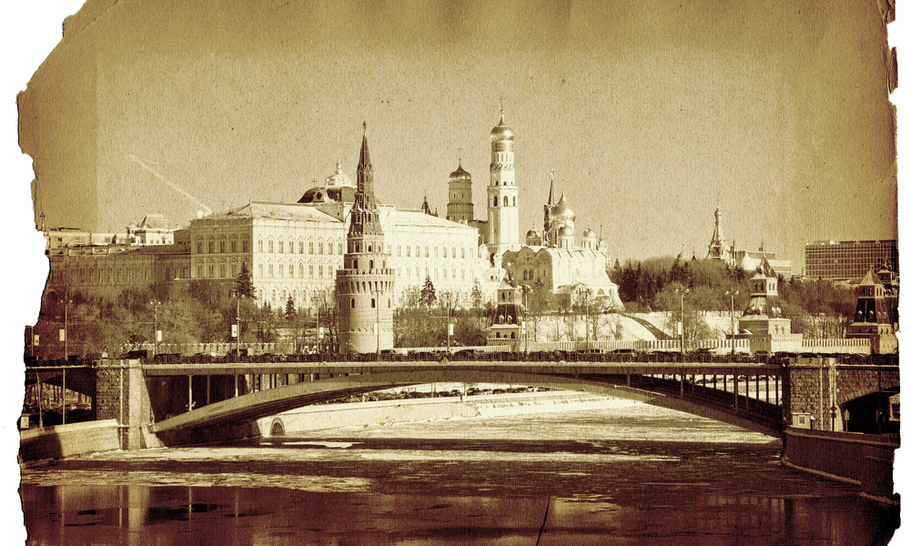 In 1972 I published a research book, entitled Superconductive Tunnelling and Applications. A sonorous title but unlikely to make the list of bestsellers. It sold about 500 copies in the first two years. Meanwhile I got involved with some other kind of research. The fate of the tunnelling book was no longer of much concern.

In the summer of 1974, we took a family holiday in Hungary (by this time our illegal border crossing 18 years earlier was forgiven). I went to explore the bookshops. I had great hopes of finding something interesting about János Kádár’s goulash communism”. The newspapers were dreadful, the weeklies a bit better, the monthlies worthy of attention. Having bought a number of monthlies, I transferred my interest to books on physics and engineering.

While browsing in a shop selling Russian books, I suddenly noticed my name in Cyrillic letters. Odd. It turned out to be the Russian translation of my tunnelling book. I bought two copies (it cost about one-third of its price in the West). I was certainly pleased that they had translated it, indeed my vanity was tickled — but I was annoyed by their complete lack of interest in contacting me or my publisher before publishing it in Russian.

Not entertaining any realistic hope of a reply or explanation, I wrote to Mir, the company in Moscow that published the translation. Sure enough, for six months I heard nothing. Then I got exasperated. I decided to write a strongly worded letter, mentioning high-sea piracy, and sent it to the Soviet Embassy in London. Three months later I got a letter from them, littered with grammatical errors and written on an ancient typewriter, telling me that it was not the Embassy’s job to get involved with book translation.

And then, out of the blue, I got a letter in late September 1974 from Mir, the Russian publisher. It was in good English and to the point. They declared their willingness to pay me royalties (they did not say how much), but there were a few conditions attached. The royalty payment could not be used for travel or accommodation, it had to be collected in person from their office in Moscow — and the offer expired at the end of the year. We had just under three months to sort it out, and a Russian winter to contend with.

It was an offer we could not refuse. My wife and I decided to travel to Moscow. I was curious. I had never been to the Soviet Union, although their political system was a pet topic of mine.

I managed to book a tour to Moscow that would allow me to be back in Oxford for the beginning of the term. No scientist waited for us at Moscow airport, although I wrote to a number of them who worked on similar problems. The tour representative was there and she herded us into a bus, together with half a dozen English tourists. We were pleased to see the English tourists — felt safer, indeed, in their presence. We drove to the Intourist hotel, quite close to the Kremlin.

Next day I took a taxi to Mir. An editor received me cordially. I was not sure where he stood in the hierarchy or whether he was a science or an arts editor. He invited me into his office, apologised that his English was not good, but offered Russian or French. I chose French. He further apologised that he knew nothing about tunnelling and asked me whether I had read any Russian novels. I told him that I was very fond of classical Russian literature and had also read more recent novels in the style of Socialist Realism. He assured me that we had plenty of time to talk about literature, because the man he had sent to the bank to bring my royalties had not yet returned and he might not return soon because bank business took time.

The editor confessed to a penchant for French literature and quoted many a passage from various Molière plays. I reciprocated, quoting the only Russian poem I knew by heart — the one that Pushkin wrote to the Dekabrists (Decembrists). Then he changed to poetry, telling me that the best period in France was the second part of the 19th century and his favourite poet was Verlaine. I said quickly “Les sanglot long des violons de l’automne”, and he continued with “Blessent mon coeur d’un langueur monotone”. So we had an amicable conversation for at least half an hour. Then I committed a faux pas. I asked him “Have you read Sartre’s Les Mains Sales?” He frowned, obviously knowing what I was talking about — but it was not a subject he wanted to discuss (our conversation was no doubt recorded). He looked at his watch, stood up and excused himself; he had to leave on account of some very pressing business. I was left alone. Twenty minutes later he was back with 350 roubles, mainly in well used one rouble notes. He told me it was a lot of money, more than his salary for a month. I filled my pockets with the notes, said “au revoir” and left.

We spent the rest of the time shopping and looking around the city. First, we went dutifully to the Tretyakovskaya, a picture gallery of great repute. All the pictures were magnificently restored, there was a very good selection of painters and in addition we were treated to a full-figure painting of Leonid Brezhnev that could have competed in splendour with any of Velazquez’s paintings of Philip IV or the Duke of Olivares, whether on foot or on horseback. After that we decided to forego visiting galleries and museums and see ordinary life instead. Our experiences, briefly:

Eating. Meals were included in our package, all three meals. The timing was crucial as we quickly learned. Soup was served at exactly one o’clock. Fifteen minutes later the soup plates were taken away, whether the soup was eaten or not. Anyone turning up at quarter past one had no soup, and the same was repeated with all the other courses. Anyone who arrived late remained hungry. For coffee we tried three different places. A café in an elegant quarter served good coffee. Taking our coffee to a table I realised that I forgot to put in sugar. I went back to the counter for a few lumps and joined my wife at the table. Immediately the barmaid came to our table. It turned out that you had to pay for the sugar separately. The second café we attended must have been very popular, because there was a long queue in front of it. After half an hour the first eighty of the queue was let in, the same number as the seating places. There were ten benches, each of them seating eight people. We could choose between tea and coffee. Half an hour later everyone had to leave. Our third time was in a café with no front window, in a poorly lit street quite far from the centre. The coffee cost maybe one-fifth of that in the elegant quarter. You poured it from a big container into a tin cup that had seen better days. Sugar was already in the coffee, in fact too much sugar.

Shopping. Before setting off, I decided on two items to buy: Russian fur hats and an ornate chess set. I was sure that such a chess-loving nation would have a large selection of chess sets. First, we went to the famous GUM department store near the hotel. There was a shop on the first floor full of fur caps. The queue was not too long. We got in within half an hour. We bought two fur hats, one for my wife and one for me. Mine cost six roubles. My wife’s was made of exquisite fur; it cost 10 roubles.

Our search for a chess set was less successful. GUM did not have any. After lunch we asked the tour guide for the shop where they would have the best selection of chess sets. She gave us an address. We went there. It was a fairly big shop but, alas, no chess sets. It turned out that in the whole of Moscow there was not a single chess set to buy, not for love, not for money, not in ivory, not in onyx, not in wood, not even in plastic.

Somewhat disappointed, we realised that when shopping in Moscow you did not decide in advance what you want to buy. You bought whatever was available. So, what did we come back with? A big round cheese, 15 inches in diameter; a child’s violin; nylon stockings; six full operas on vinyl; a book on the history of the Bolshevik party; one ladies’ handbag and two fur caps.