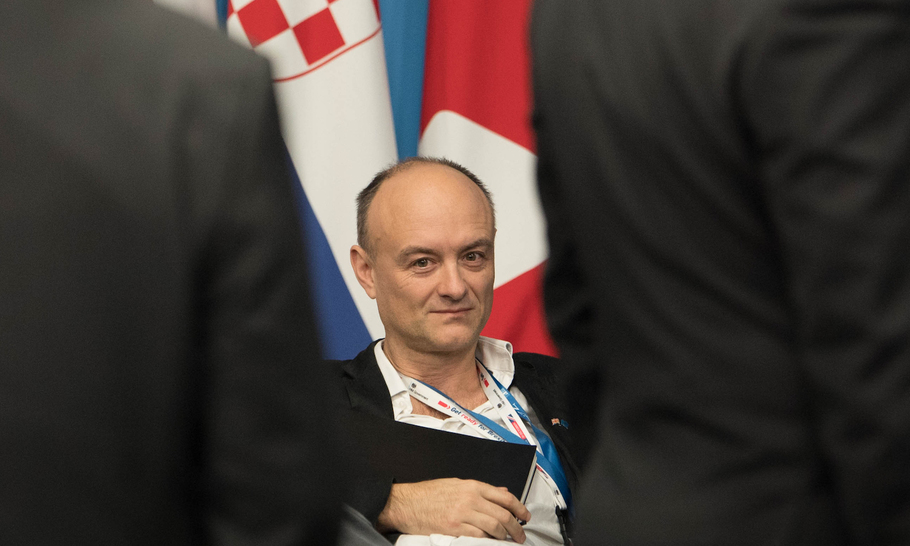 The Prime Minister has let it be known that he disagrees with his chief adviser, Dominic Cummings, about abolishing the BBC licence fee. “With the PM it’s more reform than revolution,” an ally told The Times. Readers may recall that these words were the headline above this column yesterday. Someone in Downing Street apparently reads TheArticle.

This has not been a good week so far for Dom Cummings. The BBC is not the only matter on which the Prime Minister has been forced to distance himself from his eminence grise. Andrew Sabisky, who was recruited only last week as a researcher to the No. 10 team after the chief adviser’s open invitation to “weirdos and misfits”, was forced to resign after past online comments came to light.

The comments include several disturbing remarks about the allegedly low intelligence of black people, the underclass or migrants. They appear to cross the line from legitimate debate to the eugenicist material familiar from “alt Right” websites. Sabisky was just 20 when some of the offending quotes were posted, but as he has failed to disown his past extremism, his dismissal was inevitable.

This was not a case of “offence archaeology”, where youthful or inebriated indiscretions on the web are unearthed or words are wrenched out of context for propaganda purposes. Sabisky may indeed be a “super-forecaster”, as he claims, but his attitude to mass medication with the drug Modafinil (“the benefits . . . are probably worth a dead kid once a year”) implies that he believes that certain ends justify any means. Such amorality is even more sinister than eugenicist ideology. It certainly has no place at the heart of British government.

The Government will hope that the Sabisky Case will quickly disappear from the headlines. But the reverberations of last week’s political crisis, which led to the resignation of Sajid Javid as Chancellor, have only just begun. Javid himself evidently believes that Cummings was responsible for the demand that all special advisers should be appointed by and be answerable to himself. If this is true, it represents an excessive concentration of power in the hands of one individual.

However eccentric he may be, Cummings is undoubtedly a gifted man. Not only has he been successful as a campaigner, but he can take some credit for helping Michael Gove to transform the state education system. He is also a dangerous enemy. When David Cameron called him a “career psychopath” and forced him out of office, Cummings masterminded the Leave campaign that destroyed the then Prime Minister’s career and reputation. Ministers fear him; he knows where a lot of bodies are buried.

Advisers advise; Cummings delivers. But he is unelected and his authority is entirely borrowed from his master. He is merely an aide de camp, not the field marshal. By seeking to assert his control over SpAds right across government, Cummings seems to be striving for a constitutional innovation. He gives the impression that he wants to serve a President rather than a Prime Minister. This is un-British. It does not sit well with Cabinet government and the other checks and balances that limit Prime Ministerial power.

If that is indeed what Cummings is up to, it won’t work. The Sabisky case suggests that the sorcerer may already have lost control of his apprentices. Unless the Prime Minister clips his adviser’s wings, the former will inevitably lose the latter’s services when another, bigger scandal surfaces. But domesticating such a wild creature risks losing him anyway. That risk must be taken. Boris knows what he needs to do about Dom. When will he pluck up the courage to do it?

Questions are now being asked about the vetting of special advisers in Downing Street and the precise level of their security clearance. Cummings himself is likely to face even more intense scrutiny, particularly since his own activity as a blogger has included a strong, even obsessive, interest in the debate about intelligence and heredity. If it emerges that Sabisky was recruited, not in spite of but because of his eugenicist views, then the  person who hired him might also have to consider his position.

No, Prime Minister: you cannot mathematise the human soul