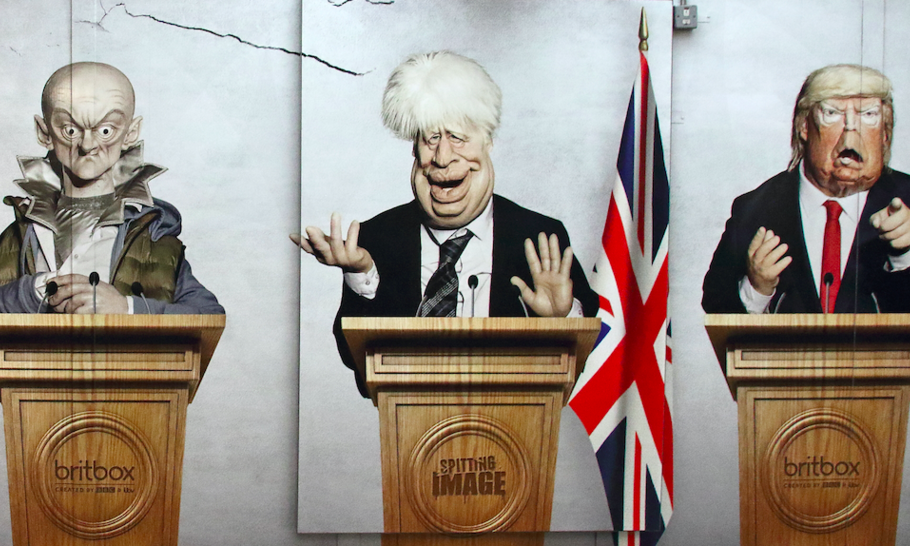 “EU starts legal action over controversial UK Brexit Bill.” It is a sign of how low and how fast we are sinking, as a country, as a democracy, that this morning’s BBC headline, as so often, reflected exactly what some in Number 10 would have been hoping for.

“That’s what we need,” Boris Johnson, Michael Gove and Dominic Cummings will have been comforting each other, as they surveyed another day’s calamitous landscape of Covid failures. “Big Bully Europe takes on plucky Brits.” It must be so comforting, when you have won a historic referendum and a general election on a false premise, to retreat to that narrative when the horrors of the real world, and the consequences of your failings, are crowding in.

When the Internal Market Bill passed its final Commons stages on Tuesday, the Tory Party website was ready and raring to go, its nodding dog backbenchers’ twitter fingers primed for action, with a campaign based on the message that the Conservatives side with Britain, and Labour sides with Europe. This is because Labour had backed the so-called “oven-ready deal” more than those who cooked it up, and because the Tories had refused to back a statement of principle that the law should at all times be upheld.

Our media, like media around the world, was full of indignant shock and disgust at the nature of the first US Presidential debate, and the latest confirmation that there is no norm, value or accepted and agreed standard of behaviour that Donald Trump will not trash in order to feed his base and his sociopathic narcissism.

But are we really that much better? UK politicians right and left are shocked by the possibility that, if Trump loses the coming presidential election, he might call it a gigantic fraud and decline to leave the White House. Yet those same UK politicians on the right, with a few exceptions, though not nearly as many as had talked tough about the new Bill, are perfectly happy to support something that is openly and defiantly in breach of another law, recently passed, and one that was central to the election message and promises on which every single one of them was elected.

Those Tory MPs on Tuesday voted against something they knew to be a breach of international law and causes immense damage to our reputation in the world. That puts each of them in the same bracket as those leading Republicans who are happy to tell their wives, mistresses, priests and golfing partners that they think Trump is an abomination, yet refuse to call him out, and all too often endorse what he says and does.

A principle is a principle. Every American presidential candidate to date has signed up in advance to the principle of respecting the outcome of a Presidential election and some, like Al Gore, have conceded defeat out of respect for the Constitution, even when in their heart of hearts they know they had won. Every UK Prime Minister, and virtually every MP has, to date, viewed the rule of law, not, as Johnson and his Cabinet of charlatans do, as just another tool on the tactical battlefield, but a cast iron principle, a guardrail of democracy.

The reason the EU is taking legal action is because it is an international organisation still operating by agreed and accepted norms and values, within an agreed legal framework. It is standing up for a principle, the principle that if you sign a Treaty, you respect the detail of the agreement you have reached, and you must expect to pay a price if you breach it without good reason (and nothing in the catalogue of different excuses proffered by Johnson and Co comes into that “good reason” category.)

The reason much of the world looks at Trump with disgust is because for him, there are literally no borders of political, personal and professional conduct that he will not cross. But anyone who looks at politics and media beyond these shores, beyond the pro-Johnson propagandist drivel of much of our right-wing press, with its insidious influence in framing the debate for the more trusted media, can see that the UK, thanks to Johnson, is coming up fast behind him in the disgust-generation stakes. “Trusted partner; their word is their bond; rule of law inviolable; sensible, pragmatic.” Labels hard won over the years are being torn off and lobbed casually into the bin marked “populist debris.”

Those who love the Bullyboy EU v Plucky UK narrative will no doubt now be hoping that the issue does indeed go all the way to the top European court, and that the UK loses, so they can imbibe a bit more from Johnson’s populist cup, and delude themselves that Brexit could have been so wonderful, were it not for the EU.

I hope they lose too, but for very different reasons. I hope they lose because principles have to be defended, and those who breach them should pay a price. I do so above all because in its own way, a move that puts the Good Friday Agreement at risk, by going back on commitments over how to avoid a hard border in Ireland, is very dangerous, with consequences that will be felt long after Johnson and his shameful project are long gone.