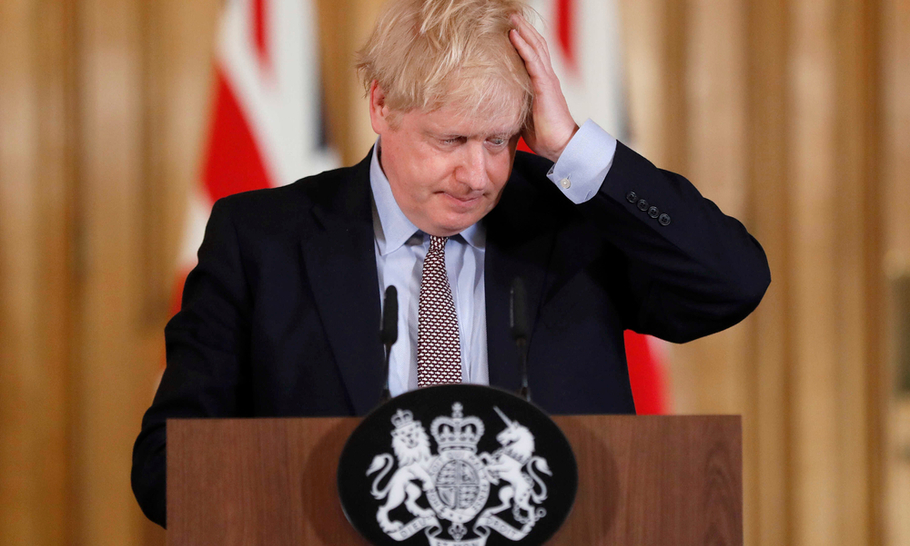 The fallout from this year’s presidential election represents yet another failure for the political pundits and their predictions this side of the pond.

In the week following election day, the discussion slowly turned from who had won the Electoral College, to which foreign leaders would speak to the newly crowned President.

Large swathes of the British commentariat talked up the prospect that because Joe Biden was anti-Brexit, with proud links to Ireland, he was going to “snub” Britain and its Prime Minister – relegating Britain to irrelevance on the world stage.

Andrew Neil put it more succinctly, when it transpired that the new President-elect had phoned Boris Johnson before Emmanuel Macron, and even Angela Merkel – tweeting: “95% of what the British media has written about this/broadcast these past few days has turned out to be bollox.”

Few commentators had done their homework to reveal Biden had actually tabled a resolution in the US Senate to back the British in the lead up to the Falklands War in 1982 – opposing the Reagan White House’s neutrality, declaring Britain to be America’s “oldest and closest ally”, defending NATO, and proclaiming “it’s clear the British are right” in the conflict.

Having been born in New York City and spent the first four years of his life in the United States, Boris Johnson is a lifelong admirer of the nation, and a true believer in the need to reinforce the “special relationship” – a phrase he reportedly banned from his office while Foreign Secretary as it made Britain sound “needy”.

Biden and Johnson share similarities in personality – they have been criticised (often unfairly) for not being across detail, they seek ambitious reforms achieved through bipartisanship and deal-making “across the aisle” rather than divisive culture wars or campaigning dark arts.

They are both charming pragmatists who value personal chemistry in diplomacy – whether wooing Leo Varadkar at a luxury wedding venue in the Wirral, or persuading recalcitrant Republicans to vote for Barack Obama’s economic stimulus bills.

Biden even went as far as persuading the late Senator Arlen Specter to defect from the GOP to the Democrats to provide the crucial 60th vote needed to pass the Obamacare reforms.

Moreover, neither Johnson or Biden neatly fit traditional definitions of “liberal” or “conservative”, to the chagrin of their party colleagues – and have long histories of making verbal gaffes.

The similarities don’t end there.

In 1987, our very own David Frost interviewed the 45-year-old Delaware US Senator in his first run at the Presidency. Soon after the recording, Biden would withdraw from the race and the interview was never aired — until this autumn. Biden spoke to Frost candidly about the fundamental qualities a successful president needs, saying his philosophy was to head a compassionate federal government, guiding the society to realise what its potential is.

Using language our Prime Minister will find music to his ears, Biden said he wanted to provide as many opportunities to “level out” the bumps society created for people, through no fault of their own. As President, he’d offer no guarantees on anything, but would strive to give them an opportunity to realise their dreams and fulfil their potential. Through the great uncertainty and unfairness of life, a chance to make their mark.

After the 46th President’s inauguration in the New Year, the similarities won’t end there.

Both will be leaders fairly early in their administrations, leading divided countries despite impressive election wins.

The set pieces for renewing the special relationship in 2021 include a summer G7 gathering (likely held in the north of England), COP26 in Glasgow in November, and all the way through a more sanely functioning World Trade Organization under new leadership.

This week Chancellor Rishi Sunak delivers his one-year spending review to Parliament, where he faces increased public debts and deficits and a rate of government borrowing this financial year likely to reach £350 billion – three times the 2018-19 budget for NHS England.

In the short-term, the Chancellor must choose between growth (postponing tricky fiscal decisions), or a mixture of tax rises and spending decreases.

In the long-term, Rishi Sunak will have to outline a new economic policy for a party that has been in government for over a decade.

When the Covid-19 crisis subsides, Rishi will have to right the public finances, support people and businesses, and also respect Tory orthodoxy on taxes. He will also have to keep public services handsomely funded, maintain the UK’s competitive advantage in the City and services sectors, make all nations and regions attractive places to invest, and deliver for the Red Wall electorate and on the “levelling up” agenda. All from a more economically vulnerable position than the US, France and Germany.

A chief of staff worth their salt will take advantage of the opportunity the clean slate 2021 offers: a new year, new US President, and new No10 team, and to have the Prime Minister return to his optimistic, collegiate approach that was seen at City Hall and the strong leadership shown pre-2019 election.

The PM’s speechwriters and communications people must deliver the Government’s messaging (more punchily than me) that: “We want to Level Up to Level Out and Level Down the injustices, insecurities and imbalances in our country for a more United Kingdom.”

The long-awaited appointment of the No10 Chief of Staff will shed more light on the future of Boris Johnson’s operation, intended style of governing, and policy priorities beyond Covid-19 and Brexit.

In order to spread opportunity, to help people realise their potential, to “level out” the bumps in the roads, some disproportionately higher in other parts of the country – the Government must decide, and then articulate, the role business should play in levelling up, net zero, Global Britain, protecting the Union and other national priorities.

Reading and listening to the Prime Minister’s statements over the years it is clear Johnson has a sincere admiration of the sheer global power of the United States.

A reformed and rebooted No10, with a fresh economic policy, can be the two big boxing gloves Boris and Rishi need to pummel Covid-19 into defeat, consign 2020’s political mistakes into history, and the weapons they need to communicate the Government’s ambitions more clearly to the country.