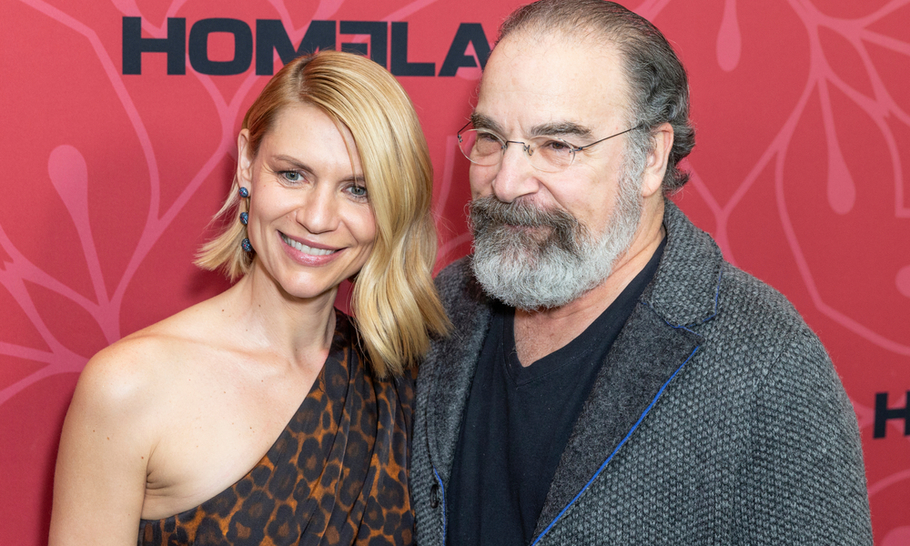 Claire Danes and Mandy Patinkin (aka Carrie and Saul from Homeland)

Did you know that there is an election in America? Or that the president was the third in US history to be impeached? Or the difference between a primary and a caucus?

Of course you do. We Brits haven’t been this interested in American politics since the War of 1812. Why else would we be looking up the obscure city of South Bend, Indiana, hometown of Mayor Pete? According to Google Trends, it is a “breakout” topic in the UK, meaning that its number of searches has grown by more than 5000 per cent in recent times. The same is true of terms including “Democratic Party”, “New Hampshire”, the names of the various presidential candidates, and so on.

And this isn’t just a case of diligent fact-checking in the fake news era — it’s genuine interest. Robert Caro’s multi-volume biography of the 36th US President, Lyndon Johnson, is considered essential reading by our political class; thanks to Michael Wolff and James Comey and Bob Woodward, US politics nerdery has become mainstream. Last year, the London Book Fair reported that politics and government titles are the fastest-growing non-fiction category in the UK, driven by sales of books like Wolff’s Fire and Fury, which savaged the Trump presidency.

What explains our newfound fascination with American politics? When I caught the bug for American politics (pre-Trump), a reference to the impeachment process would have been the height of nerdom — now it is table talk.

Shared history has something to do with it — from the Mayflower to D-Day. In more recent times, the countries have followed a shared trajectory, from Reagan and Thatcher in the 1980s, to Clinton and Blair in the 1990s, the Iraq War, the 2008 financial crash, Brexit and Trump. Today, the spectre of geriatric socialism looms over both countries, not to mention the quagmire of the UK-US trade deal.

And, of course, the elections of Barack Obama and Donald Trump have played their part. The first ever African-American president was followed by the third president ever to be impeached (and the second in two decades). Obama’s re-election is listed among the BBC’s most read stories of the last decade, and the Google Trends data in 2020 speaks for itself.

But maybe there’s more to our mid-Atlanticism than history.

Take news coverage. British media outlets have long had “North America” or “US” sections, but this has gone to a whole new level in recent years with newsletters, podcasts and special issues dedicated specifically to American politics. In the past few years, the Spectator has launched an American website, an American podcast and an American edition of the magazine.

More importantly, the BBC has made its American coverage preeminent. “100 Days”, its new American current affairs show broadcast during the beginning of the Trump presidency, is still running Monday to Friday (it’s gone Beyond 100 Days). Then there is “Americast”, its new podcast covering the US election, which, within a week of its debut, went to No.1 on iTunes’s UK Podcast chart. Indeed, despite the recent announcement of job cuts at W1A, the BBC currently has as many as 13 journalists stateside.

But it’s not just a question of news. Just think of the mass of American “infotainment” that we’ve had in the last decade. Netflix, Channel 4 and Sky have pumped out American political dramas like House of Cards, Designated Survivor, John Adams, Homeland, Madam Secretary and Veep. And on the big screen there have been a host of films dealing with American politics. Think of Lincoln, Vice, Snowdon, Selma, Frost/Nixon, Zero Dark Thirty, On the Basis of Sex, The Ides of March, Miss Sloane, The Post and the like.

Indeed, it’s probably the case that the West Wing and the Oval Office are more familiar to us Brits than 10 Downing Street. Certainly, thanks to a certain hit musical about one of the least-well known American Founding Fathers — which has just entered its third sell-out year in London’s West End — Hamilton is more of a household name here than Rockingham or Pitt.

And what’s the impact of all this? British politics is not only more “presidential”, as is often said, but more American too, from calls for a written constitution and an elected Senate, to references in our political discourse to “checks and balances” and election “tickets”. Like many American imports, these concepts are somewhat out of place in Britain’s constitutional monarchy, but that doesn’t make them any less popular.

Likewise, think of American political aphorisms which our politicians and journalists never tire of quoting, from Dean Acheson’s remark that Britain has “lost an Empire but not yet found a role”, to the words of one of Bill Clinton’s strategists: “it’s the economy, stupid”. In fact, we love American political wisdom so much that the words of the 3rd US President, Thomas Jefferson, have been minted on our new 50p coin.

Harold Macmillan liked to portray Britain as the superior Athens to America’s Rome, and “Make America Great Britain Again” is the rallying cry for despondent Brits in the Trump era. And yet, in 2020 we are watching, listening, reading and searching American politics like never before. Rome might be ablaze, but Athens is watching.