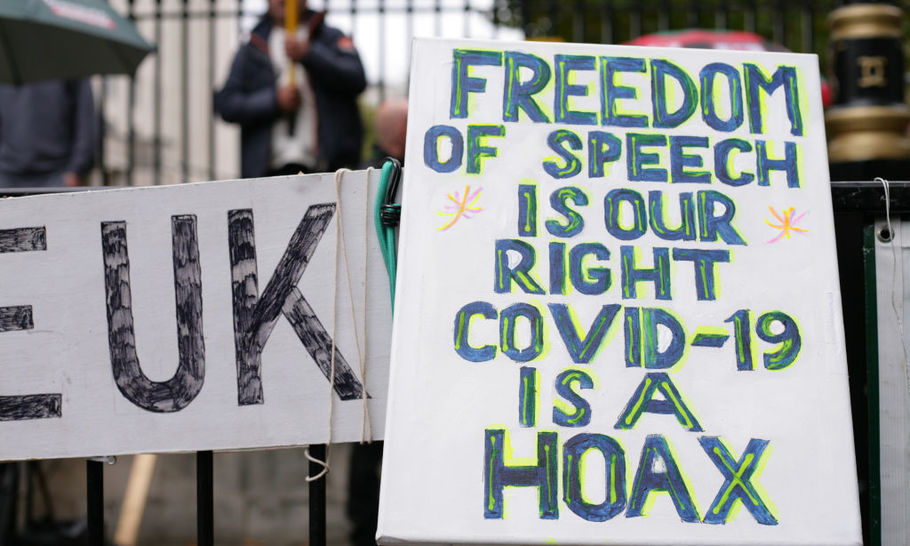 Amid a once-in-a-century pandemic, Britain is embarked on the quixotic course of Brexit, possibly without any deal being reached with the EU. The economic costs, never mind the diplomatic ones, will be immense. The range of estimates inevitably varies, and the outcome will depend on the extent of the breach with our European partners, but Brexit will constrain growth in output and real incomes owing to its effect on cross-border flows of goods, services, capital and labour. These costs were not cited by pro-Brexit campaigners during the referendum, and have not been acknowledged since.

The oddity is that in many cases the same people — literally the same people — oppose lockdowns and social distancing measures because of their damage to the economy. Professor Patrick Minford, the eminence grise of the small number of economists who support Brexit, wrote in the Daily Telegraph in April that the lockdown (after three weeks) could not be tolerated much longer and needed to be wound down. In June, Minford lambasted scientific advisers as “useless” and claimed: “This recession has been created by government and government can undo it as fast as it created it, frankly.”

The overlap between supporters of Brexit and opponents of public-health measures such as lockdown, social distancing and mandatory masks on public transport is extraordinarily close. I’ve been at pains to cite an academic representative of that tendency, but it’s amply represented also in right-wing politics, as voiced by (among others) Daniel Hannan, the former Conservative MEP, and Nigel Farage, who told the Times last month: “We [the Brexit Party] stood aside for Boris Johnson’s government; now many are questioning why we bothered.” And then, of course, there is the anti-vaxxer conspiracist fringe epitomised by David Icke and Piers Corbyn.

Let’s leave the last group aside, as their views are those of inherent irrationalism. It’s an urgent and not merely theoretical question why advocates of Brexit are so closely aligned with opponents of measures to counter the spread of Covid-19. The common thread, I believe, is a suspicion of expertise and a determination to rubbish it whatever the cost. It is a triumph of dogma over the normal pattern of pragmatic politics.

You’d think that, as an economist, Minford would be acutely aware of the importance of trade-offs. One of the greatest modern economists, Kenneth Arrow once said that the economist’s role in public policy is to say “this or that, not both. You can’t do both.” This maxim is highly germane to the Brexit debate. Britain can enjoy regulatory sovereignty (on, say, immigration or state aid) or the efficiency gains of a single market (not just free trade), but not both. It can’t have both. Choosing the former over the latter is an intellectually coherent position, though not one I would make. But it is an either/or choice.

Brexiters don’t see it that way. They ignore the overwhelming consensus of economists that eliminating barriers to trade among our closest neighbours has big welfare gains, and that reintroducing them has net costs. This unwillingness to face the issue of trade-offs (including opportunity costs) is evident too in their approach to the coronavirus crisis. While ostensibly holding in balance the goals of safeguarding public health and containing the economic damage from doing so, they deny that any choices need to be made at all. Note that Minford directs his ire at experts in epidemiology and public health, fields in which he has absolutely no competence.

In reality, most economists would see the economy in a pandemic as inextricably linked to public perceptions of safety. Even if the government were to end all restrictions next week and exhort workers to return to their offices, factories, schools, restaurants and so on, and to use public transport, many would refuse. Until the spread of infection is checked and decisively reversed, and perhaps not even then, people will stay away rather than put their health at risk. Restoring the economy and effectively containing the coronavirus, pending a vaccine, are allied causes. There’s no dispute that lockdown and social distancing have had huge costs to the economy and indeed to mental health, but there is no easy route to avoiding those outcomes. Workers and commuters will resume normal activity only when normal conditions return.

Underlying the nexus of anti-European and anti-public-heath sentiment is a suspicion of authority as well as expertise. This would have a benign side, in demanding reliable information, if only the information were then assimilated. But it isn’t: it’s simply denied. The cause of limited government, which is integral to liberty and free thought, is illegitimately associated with minimal government and an intellectual obscurantism that rejects science and critical inquiry.

While a small majority of voters favoured Brexit in the referendum, for which young people in particular will pay a heavy price, there is ample evidence that health measures to contain the coronavirus have public support. Indeed, a YouGov poll this week indicated that 40 per cent of British people believe that current Covid-19 measures do not go far enough, while 19 per cent held that they were about right (and 15 per cent said they go too far).

Support for such draconian measures, even when implemented by an incompetent and hypocritical government, is evidence of a widespread belief that individual liberty involves civic obligations. In short, a civilised society has trade-offs. British public policy has been abysmally served by right-wing ideologues who fail to recognise this truth.