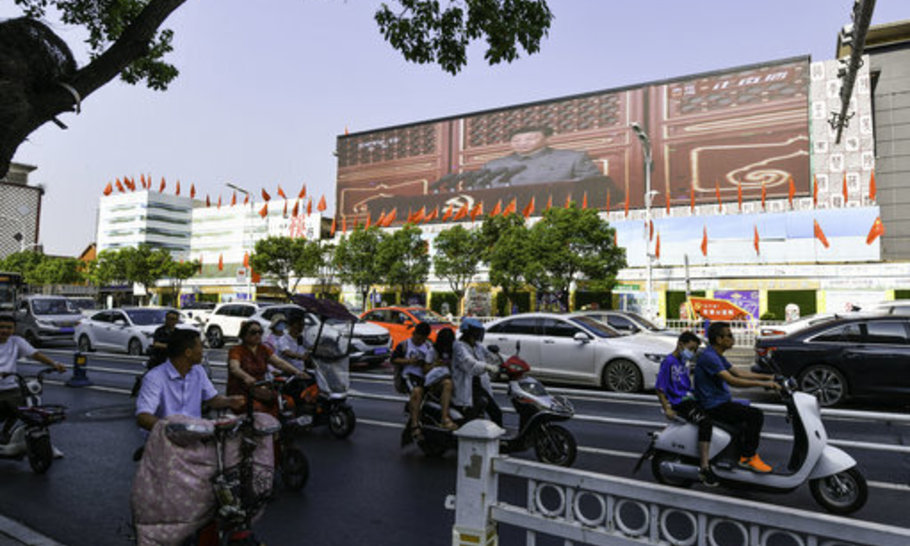 The Chinese Communist Party is celebrating its centenary in Beijing with great pomp and circumstance. Some 70,000 people listened to Xi Jinping, General Secretary of the party and President of the People’s Republic, boast about the achievements of China over 71 years under communism. The rest of the world looked on nervously as Xi promised to “resolve the Taiwanese issue” and issued dire warnings about the fate of any “foreign force” that dares to “bully” the “Great Wall made of the blood and flesh of the 1.4 billion Chinese people”.

It is not, of course, the first time that Xi has vowed to “achieve the total reunification of the motherland”, the “historical task to which the party is firmly committed”. But the ongoing military build-up and increasingly aggressive encroachments on Taiwanese airspace do raise the prospect of a Chinese invasion of Taiwan, which has enjoyed de facto independence since 1949.

The United States and Japan are sufficiently concerned about Beijing’s sabre-rattling that they are conducting joint exercises in the South China Sea to coincide with the Communist Party centennial celebrations. The Chinese threat to Taiwan raises the spectre of war on Japan’s doorstep for the first time since 1945. The Senkaku Islands (which are internationally recognised as Japanese but are also claimed by China) lie just 215 miles from Taiwan — and the westernmost point of the Japanese archipelago is 68 miles away. The only country on earth to have suffered nuclear attack is thus right in the firing line. No wonder the new Japanese Prime Minister Yoshihide Suga is sticking as close to President Biden as his long-serving predecessor Shinzo Abe did to both Obama and Trump. Yet the balance of power between the US and China is gradually shifting in the direction of Beijing. Xi will only be deterred by a united, resolute and long-term commitment to Taiwanese security by the Western democracies. And that is still lacking.

Why is the Chinese leader so belligerent? Why is he so determined to risk global peace, China’s prosperity and not least his own power and prestige for the sake of an offshore island that poses no threat? Though geographically close — just 80 miles across the strait — Taiwan could scarcely be more remote from and irrelevant to the political, economic and demographic problems that confront its vast neighbour. With a population that is barely 2 per cent of China’s, Taiwan is nonetheless an important trading partner (their trade was worth around $150 billion in 2019) and a major investor on the mainland, with assets valued at some $188 billion.

Yet clearly the fact that Taiwan claims to be a sovereign nation is intolerable for Xi and the party he leads. In part, this is because the island symbolises unfinished business from the Mao era. Xi Jinping aspires to the same historical status as Deng Xiaoping, who brought China in from the cold after the Cultural Revolution, and perhaps even to the reverence reserved for the Great Helmsman himself. If Xi could succeed in crushing Hong Kong, thereby superseding Deng’s careful Sino-British diplomacy, then why should he not take on the final task that Mao deferred to a future generation?

When Xi proclaims “the great glory of the Chinese Communist Party”, he is lauding himself as much as his predecessors. “Only socialism can save China and only socialism with Chinese characteristics can develop China.” The burden of his speech was to claim that only the Communist Party could have achieved the goal of a “moderately prosperous society”, to be followed by building a “socialist, modern power” by 2049, the centenary of the state.

Yet Taiwan is a standing rebuke to these claims. When the Chinese Nationalist leader Chiang Kai-shek retreated to the island in 1949, it was if anything poorer than the mainland. Now, 71 years later, it is far richer. The per capita GDP of China ($10,516 in 2020) is only just over a third of Taiwan’s ($28,313). By most other measures, too, Taiwan has outpaced China. It is living proof that Xi’s surveillance state, with its barbaric treatment of minorities and dissidents, is by no means the inevitable fate of the Chinese people.

Taiwan shows that China, too, could benefit from freedom, democracy and the rule of law. Millions of people from the mainland have visited the island, just as millions more have been to Hong Kong and, indeed, lived or studied in the West. China is no monolith, however much the docile masses gathered in Tainanmen Square to pay tribute to the party this week may give that impression. It is vital that Taiwan continues to be a living reminder to the Chinese people that there is an alternative to despotism. And that is why it is right that Britain, having offered a path to citizenship for millions of Hong Kongers who may find Chinese rule unbearable, should also demonstrate by our diplomacy that we stand squarely with Japan, Australia and the United States in defending the right of Taiwan to determine its own destiny. This is not a provocation, merely an act of solidarity with a brave and free people.