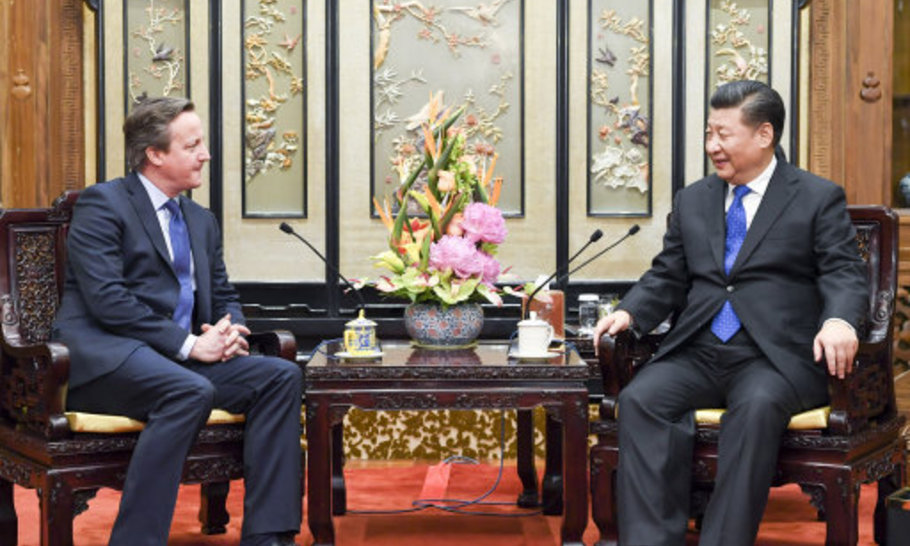 I feel slightly ill when I look back at the way I bought into David Cameron in the early years of his Conservative leadership. I was one of those — maybe not so few — who believed in Cameron’s “Big Society”: creating and demonstrating ideas which pull us together. Cameron’s centrist agenda of creating a post-Thatcherite philosophy based on community, environmentalism, and charity rather than individualism, greed and wealth were the sort of politics I could buy into.

The recent Greensill affair makes me realise how bloody naive I was. But it’s not just Greensill, it’s the unabridged post-PM Cameron which sickens me.

There’s much to compare with Tony Blair, another PM I used to admire. Both were slick media performers with complete faith in their own persuasive gifts. Both were often at war with their own parties. When in Number 10 both lived next door to big beasts in Number 11. Both premierships are ultimately judged on single words. For Blair, it’s Iraq; for Cameron, Europe.

Cameron’s record can also be compared to Blair’s when it comes to life after Number 10. This is mainly because they were young and ambitious enough to make a massive pile of cash by sweating the contacts they built up in their years in power.

The Office of David Cameron was set up soon after he left Number 10. The company acted as a general shop front for the former Prime Minister’s charitable work, similar in style to the similarly titled Office of Gordon Brown or Tony Blair’s Institute for Global Change.You do not have to dig far to realise that Cameron’s “Office” was not just philanthropic. There was also clearly a commercial remit, with the last published accounts on the 30 April 2019 showing net assets totalling £873,821. These are probably the gains from commercial speeches and appearances, with nothing untoward to report.

If Cameron is sincere about learning lessons from the Greensill affair, he should immediately publish financial accounts, from 6 April 2020 to the present, for public scrutiny. He should also make The Office of David Cameron a publicly limited company again, with immediate effect. I’m not holding my breath.

After leaving power Tony Blair jumped into the world of private commerce with two feet. Notoriously, among other roles, he was paid £2 million a year by JP Morgan alone. Following his mentor, Cameron has embraced the private sector with similar gusto. However, this is where the Blair comparison breaks down. The Greensill affair demonstrates Cameron leaving Blair in his wake when it comes to greed.

In his statement on the Greensill affair on 11 April, David Cameron stated he carried out paid for work for companies including Fiserv, Illumina and Afiniti. They work in the FinTech, BioTech and Artificial Intelligence spheres, respectively. If there is to be an investigation into the business dealings of David Cameron and unofficial lobbying, it should cover all the companies he has had dealings with, not just Greensill. Drinks with the Health Minister could easily move, over a pint of Greene King IPA, from the NHS payment app in which Greensill was involved to BioTech developed by Illumina.

However, more illuminating are the commercial interests Cameron left out of that statement on 11 April. Notably, there is no mention of the relationship Cameron has with the UK China Fund. This is a $1 billion London investment vehicle intended to back China’s Belt and Road initiative. According to the Chinese (and Cameron) the Belt and Road is an infrastructure highway across the Eurasian landmass which will bring wealth, health and happiness to 60 per cent of the world’s population.

China’s access to London’s money-raising expertise, via Cameron among others, is an immediate and obvious way to develop new links between the two countries. If China needs a global point of access to fund its Belt and Road scheme, why not London? In doing this, London creates a deep economic relationship with a country soon to become the largest economy in the world. Should I then be celebrating Cameron’s role in this initiative?

The answer is firmly “Hell no!” Like others here on TheArticle, I have previously written that the reality of the Belt and Road project is debt trap diplomacy — colonialism in disguise. Loans and deals made with other countries are hazy and complex, but loyalty to Beijing is required and irrevocable. Carmen Reinhart, chief economist at the World Bank, thinks 60 per cent of loans from China to developing countries are arranged through secret bilateral negotiations. Terms of loans give rights to China for mining, access to ports and innumerable other strategic necessities. If you are unsure of the political nature of the Belt and Road programme, then consider its completion date of 2049: the centenary of the Chinese Revolution.

David Cameron is the Western face of this scheme. In standing for Belt and Road, Cameron stands directly counter to the ambition this country should aspire toward. Cameron is effectively a lapdog for a tyrannical regime: the Belt and Road highway leads to Hong Kong, Xinjiang, Tibet and the militarisation of the South China Sea.

David Cameron could have sculpted a post-Westminster figure of elder statesman. He could have stood for those high-minded principles of conservative communitarianism and libertarian paternalism. Instead, we see a figure who stands for greed — and against the country he once had the privilege to lead.