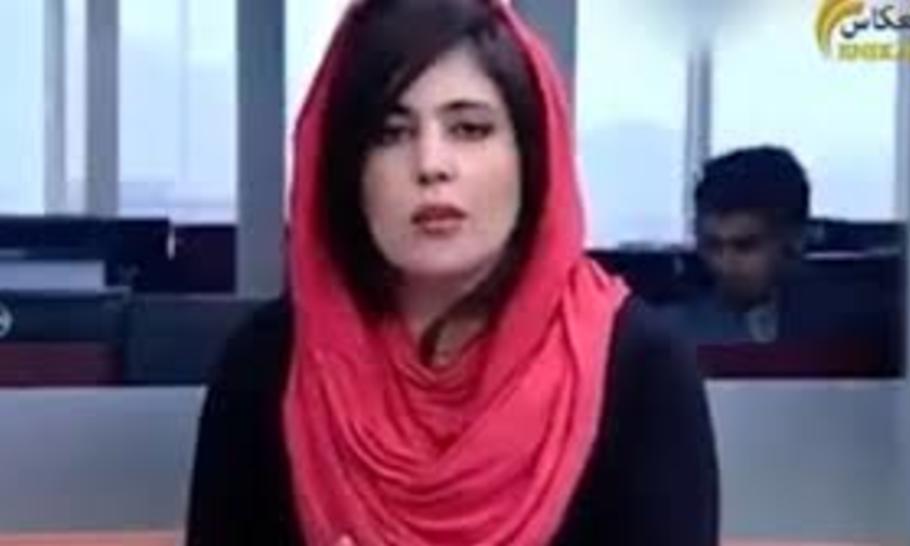 Death came to Mena Mangal, in broad daylight on a Kabul street, as she likely knew it would. She was a journalist, a television presenter, a government advisor, a rights advocate, and a woman. She could have been targeted for any one of these roles; it may never be known which it was that got her killed.

As the world, or at least the part of it that believes in women’s rights and human progress, looks aghast at the rollback of personal choice and women’s agency over their own bodies in the United States, women in Afghanistan are just one group of people in that country who face constant threats to their livelihoods and lives.

Journalists and anyone in media; anyone working in and for the government; anyone in the field of human rights, women’s rights, gay rights — anyone, really, in civil society; anyone in the military, police or other security services; ethnic minorities; religious minorities; sexual minorities; anyone running a business; anyone, though especially girls, who goes to school or university; anyone who attends a public event such as, say, a sporting match; anyone who goes out in public . . . he list goes on.

It is women and journalists, however, who are at the forefront of fear, in a country where the possibility of peace carries with it very real dangers for people who represent the greatest leaps of progress the country has made, since the Taliban slunk from power over the mountains into Pakistan. There, with the support of Islamabad’s military secret service, they have built a heroin-trafficking empire that funds their insurgency against the government of Afghanistan.

The threat of violent death for so many Afghan people is intensifying as President Donald Trump pursues his “peace process”. It aims to make a deal with the Taliban that will allow him to withdraw US troops from the country, while handing their enemy what they’ve wanted all along: power. The up-tick in violence since this process began last year has been exacerbated since the announcement of the Taliban’s annual “spring offensive”. This is only to be expected, the experts say, as the insurgents make a show of strength, even as they purport to talk peace.

Meetings with the Taliban’s designated negotiators by Trump’s ambitious proxy, Zalmay Khalilzad, have yielded some outcomes, including the isolation and delegitimisation of the Afghan government, which has been left out of a series of talks held in Doha; and the political legitimisation of the Taliban, who have been killing Afghan civilians in their tens of thousands since 2001. The only clear beneficiaries of the process so far are Khalilzad, said by one associate to have his eye on high office in Washington D.C., and, of course, the Taliban, who use religion to justify their greed and brutality.

Ms Mangal was a victim of this process. She was shot dead early on May 11 as she left her home to go to work at the religious and cultural affairs commission of the lower house of parliament. Her killer fled the scene as she died on the street. She had reportedly told police that she feared for her life, and said on her social media accounts that she was receiving death threats. She had divorced her husband not long ago, after what relatives had described as a short and brutal marriage, and so suspicion immediately fell on him and his family.

Family feuds that lead to the killing of women are not unusual in Afghanistan. Religion and tradition are often an excuse for abuse. Violence has become ingrained in the fabric of Afghan society, as a tragic consequence of 40 years of war. War provides a shield for blood debts, assassination and all sorts of criminality. Its vast corruption puts Afghanistan nears the bottom of global measures for money laundering and terrorism financing, like the Basel AML index published by the Swiss-based Basel Institute on Governance, an independent non-profit anti-corruption centre. Its 2018 report showed that corruption in Afghanistan was getting worse, despite the best efforts of their elected President, Ashraf Ghani, to introduce accountability and transparency in the financial and procurement sectors. Unlike much of the political class, Ghani doesn’t use his office to enrich himself or his relatives, but he is inept at negotiating the complexities of Afghanistan’s tribalised political landscape. His beleaguered government has been shut out of the “peace process” because the Taliban, who style themselves as the Islamic Emirate of Afghanistan, don’t recognise it. Calling Ghani a “puppet” of the US, the extremists prefer to talk to the puppet masters, and the Americans are going along with that, with Western allies following close behind.

Abdul Mujeeb Khalvatgar, the managing director in Kabul of free speech advocacy group Supporting Open Media in Afghanistan, said that Ms Mangal would have drawn the attention of misogynists for many reasons, and just focusing on one over any other “will dismiss the other prospective perpetrators”.

“She was working with parliament — the Taliban and many other terroristic groups will use this as a reason to kill people, especially women,” Mr Khalvatgar said. “She was working as an advisor for the most important commission of the parliament, this could be a reason for some groups for killing. Also, the neighbourhood where she was living is a conservative area in a country where divorce is generally frowned upon.”

“So I think her killing is an incident which could say a lot about the situation of women in Afghanistan — her background as a television presenter, her current job, her family, her belief in the right to divorce, and many others issues,” he said.

Afghan women rightly fear that the return of the Taliban to the high table of political power will come at their expense. They have constitutionally guaranteed rights that many believe could be sacrificed for the sake of bringing an end to the decades of violence. Peace with the Taliban, say some who, like Mena Mangal, campaign uncompromisingly for women’s rights, will mean war on women.

Journalists and free speech advocates have similar concerns about another area of civil life that has been a true success story in Afghanistan’s post-Taliban development. Indeed, the country has one of the most vibrant, feisty and independent media sectors in the world — certainly in a region where media and speech are tightly controlled by government: Iran to the west, China to the east, the former Soviet states and Russia to the north. Afghan journalists are fiercely proud of what they have built, but in the increasingly volatile security situation journalists and news organisations are regularly attacked in efforts to silence them. Again, the war provides cover for a wide range of vested interests who have recognised the power of journalism to shine a light on corruption, incompetence and inadequacy. The Taliban, whose media savvy was recently praised, shockingly, in a western news agency article, have no interest in free speech and are believed to be behind many attacks and murders of journalists

“Direct targeting of journalists in terrorist attacks last year and continued killing of journalists this year mark the volatility of the situation for Afghan journalists. In the context of peace talks, the big concern is that a peace deal shouldn’t affect the past 18 years’ achievements in freedom of speech and emergence of a free media,” Rahmani said.

“I have talked to many journalists and most of them now work and continue to work since that is the only available job for them. Some others do continue to do it for the sake of greater goals, such as freedom of expression,” he said.

Afghanistan dropped in this year’s world press freedom ranking published by Reporters without Borders to 121, from 118 last year. RSF says 2018 was the deadliest year there for journalism since 2001, with 15 journalists and media workers killed. “Many others were constantly threatened by the various parties to the conflict,” it said. Already this year, three journalists have been killed.

“The war imposed by the Taliban and Islamic State and constant abuses by warlords and corrupt political officials constitute a permanent threat to journalists, the media and press freedom in Afghanistan,” RSF says on its website.

“Women journalists are a favourite target, and are especially vulnerable in those regions where fundamentalist propaganda is heeded.”

The Taliban have an influential presence in more than half the country, evidence of the failure of the US military. In areas under their control, the Taliban have made a clear show of what they intend to bring to the rest of the country if, or when, they return to power. Women and girls are forced to remain in their homes, schools are closed, farmers grow poppy, people who have worked with the government are killed.

As Afghan women and journalists know, and have been telling the world for 18 years, there are no secrets about what to expect from the Taliban; the evidence is all around them.