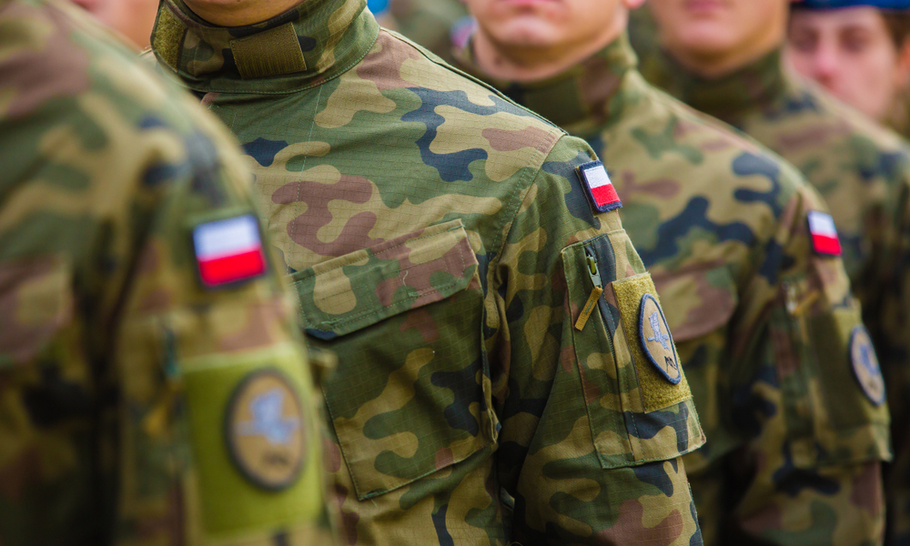 To many this will come as a surprise, but there is an inexorability in Poland’s impending rise to superpower status in Europe. This also will mark the final death throes of the 1945 Yalta Conference and its “Tribute Act” — Putin’s plan to revive Russian domination throughout Eastern Europe, all the way to the German border.

The rise of Poland is not a prophecy — I’m not reading any tea leaves. It’s rather the inevitable result of the movement of global tectonic plates since 1990, a geopolitical shift which until recently had passed generally unnoticed. An in-depth geopolitical analysis of Eurasia was published in 2009 by Professor George Friedman in his bestselling book The Next 100 Years. This contains his assertion that Poland will become the superpower of Europe, in the same way as Israel in the Middle East.

Israel rose to its status initially because of the total military, political and economic commitment to it by the USA. America’s hat trick would now be to do the same with Poland, laying the foundations for a “Polish bloc” which will lead Poland, the Baltic states, Ukraine and other East Europeans to displace Russia as the dominant power. This would turn the clock back to the 17th century, when the Polish-Lithuanian Commonwealth stretched from the Baltic to the Black Sea.

The key to this is US commitment to the area, its need to neutralise Berlin, Paris and Moscow. It has no choice, even if it has not yet realised this. For the USA, the war in Ukraine against Russia is a proxy war with China, perhaps even a dress rehearsal for the future. The US can no longer count on the support of the two main EU powers, France and Germany, whose aim is to cosy up to Russia again and do business as usual as it was before 24th February this year. All three resent US hegemony in Europe. All three are determined that Ukraine should surrender, although France and Germany pretend otherwise.

Currently there are only two NATO countries in Europe willing to stand up to Russian imperialism: Britain and Poland. We will probably be able to add at least two Scandinavian counties to this list once they join NATO, most likely Sweden and Finland. All other European countries are too enmeshed economically with Russia, too pacifist or simply blind to their fate should Russia win.

On 17th February 2022, one week before Putin invaded Ukraine, a security pact was signed in Kyiv between Britain, Poland and Ukraine. Does this make Boris Johnson a prophet of things to come? No, but it certainly indicates a clarity of mind unique in Western Europe as to the gravity of the situation.

This historic pact, a mere taste of things to come over the next decades, has been reinforced by this month’s NATO conference in Madrid, where its leaders agreed to turbocharge Western defences by increasing numbers of instant readiness troops seven-fold to 300,000, as well as the establishment of the US 5th Army HQ in Poland on permanent basis.

More importantly, Poland has committed to growing its army to 300,000. Within 5 years it will have the largest and most powerful armed forces in Europe.

However, the strongest statement so far came from the new British Chief of the General Staff, Sir Patrick Saunders, who stated last week that “Britain is facing its 1937 moment” – the proverbial lightbulb moment, when it at last started waking up to the threat posed by Hitler.

Britain, America, Poland, and Ukraine are leading the way out of “the End of History”, the sickeningly infantile delusion that there would never be a war in Europe again. This delusion has opened a lot of doors to “the bad guys” who never actually disappeared, who are always there, even when apparently reformed or invisible.

One thing that the study of history and particularly geopolitics has taught over the centuries is its cyclical nature. This means, like it or not, the regular return of the Four Horsemen of the Apocalypse to life on this planet. It means that all the world’s idealists and pacifists, taken together are powerless in the face of the regular return every 50 to 70 years or so of the Four: Disease, War, Famine and Destruction.

We are well into the cycle. We’ve had Disease – the Covid pandemic. Now we have War in Ukraine. Famine is nearly upon us through worldwide inflation, plus food and energy shortages. And Destruction created by the above is beginning to manifest in the breaking down of social contacts within societies and internationally between nations. Deglobalisation is the order of the day. This process cannot but continue, gradually but inexorably. Most Western governments have not truly faced it yet, though some are more prescient than others. However, perhaps it’s good that this governmental response is gradual because we don’t want to scare the horses (voters or Russians) into a panic. They might do something we will all regret.

I am of Polish origin, born in London in 1951. During the Cold War years of the 1950’s, my father was the unofficial Ambassador of the London Polish Government in Exile to Britain – in the shape of his unofficial opposite number, Sir Bernard Braine MP. Over many years they used to meet for lunch in the House of Commons and other Westminster eateries. They were ‘unofficial’ Ambassadors because on the official level HMG had diplomatic relations with the Soviet Union. It could not be otherwise. However, my father and Sir Bernard worked together night and day in an underground Cold War.

I am delighted that Britain and Poland can now have a public Security Pact which, along with US support and Ukrainian involvement, has the potential to change history, to finally undo Yalta.

During my younger years I was surrounded by sad yet defiant Polish exiles, forced to leave their country by the Russians: former generals, ministers, and diplomats for whom my family house was a real home from home.

In 1990 many people thought Yalta and war in Europe had been consigned to the scrapheap of history. To many people, however, including myself, it was a hollow victory with all kinds of unsavoury smells still knocking about.

This year the hypocrisy of “the End of History” has been proved. When I heard on the morning news that Russia was invading Ukraine my reaction actually shocked me. “At last,” – I said to myself, “the truth is out.” War is never anything but tragic (as my family has experienced many times), traumatising and killing people physically and mentally.

Sometimes, though, this is the only way the world can find a new equilibrium. So, if George Friedman and many other analysts are right, we can look forward to the new Polish superpower creating a new equilibrium in Europe with US and British backing to deliver a death blow to Russian imperialism.