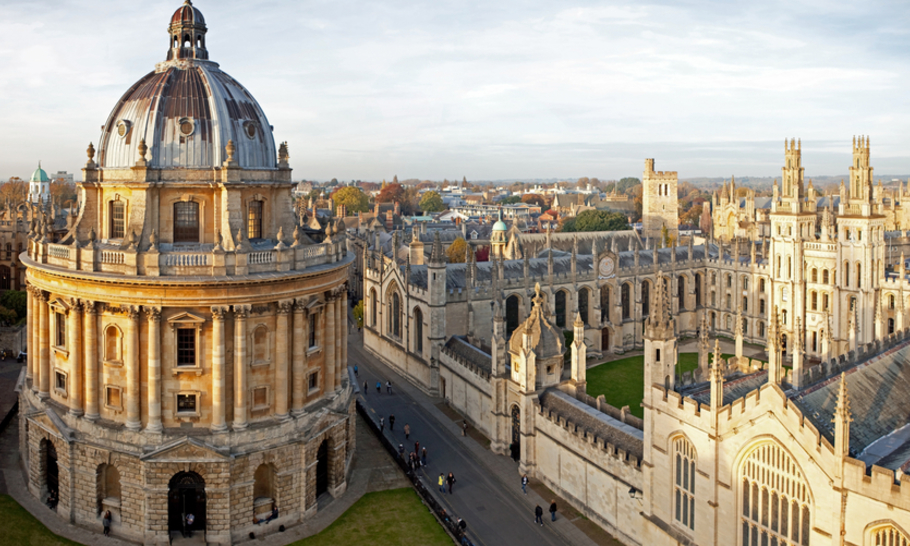 ‘Oxbridge’ continues to obsess and fascinate our national psyche. In the past few days alone, newspaper headlines have reported on the latest initiatives to boost applicants from state schools and ethnic minorities, or aired intriguing explanations (such as ‘the lack of Afro-Caribbean hairdressers’) about the supposed imbalance. Much attention has also been focused on the intimidation of academics – Jordan Peterson and Noah Carl at Cambridge and Nigel Biggar at Oxford – whose views are seen as politically incorrect, and on the decision by Cambridge to investigate its historic links with the slave trade.

Over the years, so many others have also become involved with the same issue, ranging from the rapper Stormzy, who last August announced plans to fund places at Cambridge for two black students, and Gordon Brown, who in 2000 condemned the ‘absolute scandal’of a state school pupil who was denied a place at Oxford. And if you listen to the sales pitch of a headteacher of any leading school, then you can be sure of a very special mention of any ‘Oxbridge successes’.

But the truth is that our two oldest and most famous universities don’t merit so much attention. Of course their entrance standards are notoriously rigorous and they produce a disproportionate number of highly successful individuals in all walks of life. But that does not justify or explain the obsession.

We get a much better perspective when we remember some basic facts. First, employers have long had equal opportunity policies which mean that Oxbridge graduates aren’t given an advantage. Just look at the employment statistics for graduates from universities like London, Durham, Bristol and Edinburgh. Most employers won’t view a good second from Oxford or Cambridge as any better than a comparable degree from one of our other main universities. And given a choice between a good all-rounder, with the right attitude and work experience, and a more cerebral but focused Oxbridge graduate, I know which one I would place my money on when it comes to getting the job.

And while of course super-clever people proliferate at Oxbridge colleges, so do other universities have their own intellectual elites among both staff and pupils. Among teachers, there is in any case considerable overlap between these universities, as lecturers take up visiting posts and professorships away from their alma mater. This is also true of students, a good number of whom complete first degrees at one university but go on to study for more advanced degrees elsewhere. And of the many applicants to Oxbridge, some are rejected on relatively insignificant grounds: if there are several candidates for one place, then the successful one may have the edge on just one or two interview questions. That is just how close such a race can be.

Oxbridge obsessives also need to remember some stark facts about the two universities. First, there are a good many unhappy students. That of course may be an age thing, but there are reasons why Oxbridge students are more likely to feel that way. If you have won a place at such a prestigious university then you often feel under more pressure to succeed. You are more likely to be afflicted by the ‘Imposter Syndrome’ which affects your self-esteem. You will spend much time privately wishing you had chosen a different college, the one where your new best friend is or the girl you really fancy. And if you say or do the wrong thing, then you are trapped in a college and can’t get away from the person who doesn’t like you. Not many will admit any of these to others, or even to themselves. And none of these are true, or so true, elsewhere.

Second, no one should pretend that some of the cleverest people are necessarily the best teachers. If you talk to any Oxbridge graduate and ask them how good their teachers were, don’t be surprised if they give you a negative response. Some of the brightest academics may be wholly unapproachable, emotionally illiterate or miss the bleedin’ obvious, as well as unable to teach their subject matter. Some years back, Tom Utley gave an account of a supervision with a legendary Cambridge figure that, although highly amusing, illustrates how wide the gulf can be between brilliant academics and brilliant teachers. All the colleges, no less than elsewhere, have their fair share of bullies and miscreants. And if anyone has any idealistic illusions about what really goes on in some Oxbridge colleges, then they should read an account by the eminent Magdalen don, RW Johnson.

So what does explain our national obsession with the two universities? My own view is that it is all about class, privilege and status. Oxbridge has always been identified closely with these, arousing the ire and angst of the left as well as aspiration, and fascination, amongst many others. Such an identification was accentuated by novels and media portrayals such as Brideshead Revisited and by occasional headline stories such as David Cameron and the Bullingdon Club, or the death of Olivia Channon back in 1986, when the existence of a highly exclusive elite captured the attention of the international press.

So as long as we are fascinated by class, our national obsession with Oxbridge will continue.