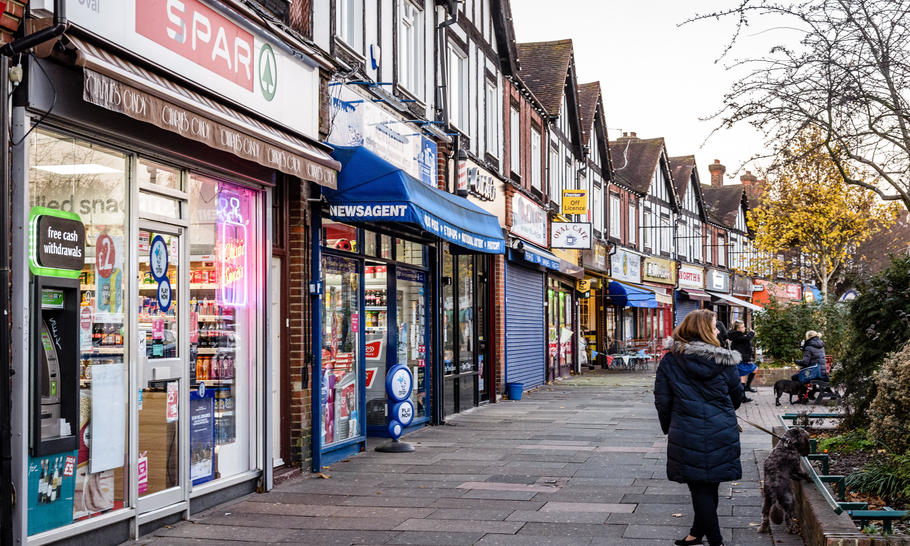 The Conservative Party apparatus has consolidated around their candidate in the December 2nd by-election in Old Bexley & Sidcup, constituency of the late James Brokenshire MP’s. Brokenshire’s name became synonymous with politics in this Tory safe seat; but despite his respected record, the way Cabinet and donors have descended on Bexley demonstrates the Government’s waning confidence in being able to hold seats among even their most loyal supporters.

The Conservative candidate Louie French — councillor for Falconwood and Welling — is the race’s most recognisable face. Images in the campaign leaflets of French planting trees and preventing developments on the Falconwood Green are ironic, given the 2 million sheets of paper posted through doors in recent days. The Prime Minister, Chancellor and Home Secretary have all canvassed for “local Louie” as if it were a general election.

The response among the base was equally enthusiastic. Priti Patel was escorted home early on November 20th, too beset by photo requests to do any doorstepping. Boris Johnson was likewise surrounded by supporters, spectators, and seditionists when visiting Sidcup’s Aspire Pharmacy. Schoolkids pressed phones to windows to snap selfies with the PM, before he charged from the counter into the back of his blacked-out Jeep. But it remains to be seen if the celebrity status of our politicians among non-voters will help or hinder French, given the PM’s unfavourable polling among party members and the public.

French’s platform pays lip-service to local and national issues, but neglects to confront contentious topics. He has opposed the expansion of London Mayor Sadiq Khan’s driver-penalising “Ultra Low Emissions Zone” and “Outer-London Tax” into the borough, but he hasn’t spoken about costs hitting households due to the government’s energy policies, and petrol car and gas boiler bans. He has ruled out holding a second job, but he hasn’t addressed accusations of “Tory sleaze” levelled at colleagues Owen Paterson, Sir Geoffrey Cox, and Nadim Zahawi. He opposed Khan’s tri-borough policing policy cuts, and worked with Mayoral candidate Shaun Bailey on citywide safety campaigns. But he hasn’t said if he wants the unpopular Met Commissioner Cressida Dick to resign, and he neglects to blame Theresa May, who — as Home Secretary — cut police budgets by 18 per cent.

French’s flyers carry testimonies from small business owners, grateful for the financial help he secured during the pandemic. But French has yet to be questioned on whether or not he supported the lockdowns government imposed, which closed those businesses, and caused debt to surpass GDP in 2020. His establishment alignment may alienate Boris’s discontented former backers, who hope vacant seats are filled with fiscal conservatives and lockdown sceptics (like Steve Baker and Sir Desmond Swayne).

But Tice’s pledge to nationalise energy utilities won’t float with free-marketeers, and it contradicts his charge that the government are “Consocialist Tories.” What could be more socialist than the state seizing monopoly ownership over the means of energy production? Although polls show Reform are close to eclipsing the Lib Dems nationally, it’s unlikely they will make enough inroads among discontented Tories to prevent French becoming the new MP, let alone to send Tice to Parliament.

On the left, Labour’s candidate — Belvedere councillor Daniel Francis — is running a campaign like Sir Keir Starmer’s, focused on economic policies and projecting a respectable temperament. Francis opposes the triple-lock pensions cancellation, council tax rises and increasing national insurance contributions. But his plans to invest in transport infrastructure, combat anti-social behaviour and improve Bexley’s bins collections aren’t paired with any details as to where cash can come from.

Like Sir Keir’s split from Labour’s base, Francis’s leafleteers take a different approach. With Starmer silent so far, and Ed Milliband and Angela Rayner returning home dispirited from Sidcup last Wednesday, activists have taken to piggybacking off the PM’s appearances instead. One woman held up highstreet traffic alongside the PM’s police entourage, to thrust flyers from car windows into crowds of schoolkids. But besides the staff at Sidcup’s Subway stepping outside to boo Boris on their break, locals didn’t seem amenable to the opposition’s tactics.

If this by-election is a referendum on the parties at large, then Starmer’s inconsistent leadership, and Labour’s socialist base opposing his pro-business vision for Britain, aren’t likely to turn Bexley red. French has hit Francis on exactly this: excoriating his party for opposing investment into Sidcup’s new library, cinema, and apartments.

With Liberal Democrats just starting their leafleting campaign, the Greens completely silent, and Ukip’s funding (judging by their graphic design budget) having flown the coop along with Nigel Farage, it’s unlikely anyone can derail French’s route to Westminster. Even Labour’s argument rests on bar-graphs depicting their 2019 election defeat as proof that they’re the Tories’ closest competition. But doesn’t democracy by default — voting for “the other guy” in a desert of electable eligibility — do a disservice to voters? A plurality of eligible candidates would be preferable: allowing constituents to vote on principle over probability.

Voting tactically won’t reform our one party rule by Conservatives who don’t govern conservatively. The result of this Old Bexley & Sidcup election could send a message to the Government that — if they wish to keep the votes which won them their 2019 mandate — they had best live up to their low tax, hands-off-approach promises.