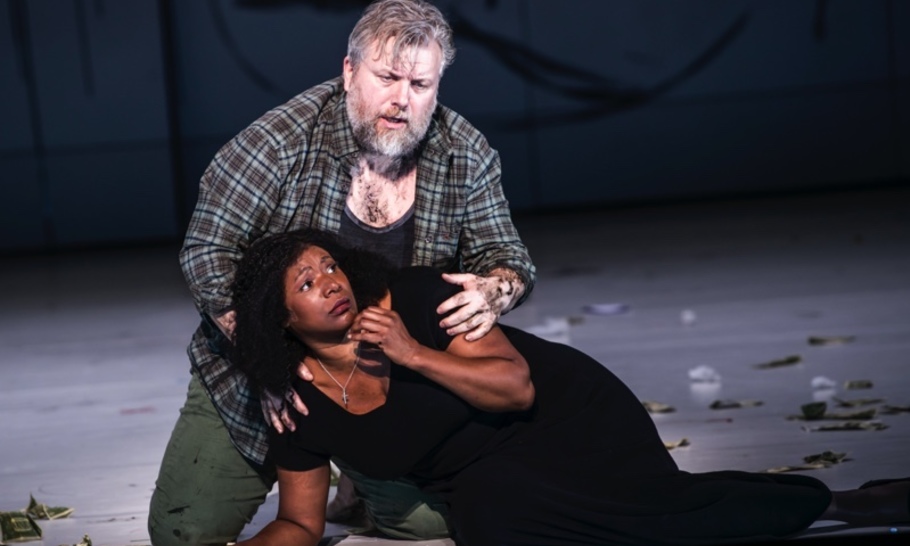 A little over a year before Il Trovatore, the first of his well-loved “middle period” operas, Verdi produced Luisa Miller for the San Carlo in Naples. Based on Schiller’s play Kabale und Liebe (Intrigue and Love) it is a precursor to La Traviata in showing that love does not always conquer all. Verdi’s librettist, the admirable Salvatore Cammarano, reduced Schiller’s five acts to three, dispensing with some of the intrigue but retaining the aspects of love, notably between the Miller and his daughter Luisa, and between her and Rodolfo, son of Count Walter. But if Cammarano managed to cut back some of the political intrigue, Naples’ San Carlo contributed plenty off-stage and Verdi never wrote another opera for them!

The essence of the story is that Walter’s servant Wurm, a sly man secretly infatuated with Luisa, warns Miller that his daughter’s lover “Carlo” is really the Count’s son Rodolfo in disguise. This sets Miller against the match, and at the same time Walter wants his son to marry the Duchess Federica, his niece. He deliberately insults Luisa, and when her father objects, arrests both. Walter and Wurm intrigue together, wary of the fact that Rodolfo holds damaging information about his father, and it does not end well for Luisa and Rodolfo, who find solace in death. But at least the audience has the satisfaction of seeing Rodolfo kill Wurm before dying, though in this new production by Barbora Horáková, derived from her earlier staging in Wuppertal, she does away with the killing of Wurm on the basis that his malignant force is something “that is inside all of us’ and ‘if we let the darkness take over . . . it can’t be killed”.

This psychological interpretation would work well in programme notes for a concert performance with no weapon needed to kill Wurm, but its bloodless intellectuality leaves something to be desired. Some red-blooded action is called for, and the director has already shown us that Wurm is a very bad guy by having him appear in Act One with make-up better suited to the evil von Rothbart in Swan Lake. But if that makes the staging seem banal and slightly over the top, we are also treated to four dancers representing unconscious forces, along with Rodolfo and Luisa as young children, and the director’s psychological insights include a disturbed young Rodolfo slashing the hell out of a teddy bear.

On the other hand, the singing was outstanding and the cast extremely well-chosen. Elizabeth Llewellyn (pictured) brought her usual sympathetic understanding to the character of Luisa and her mellow voice was a fine contrast to the men around her: Icelandic baritone Olafur Sigurdarson (pictured) as a boldly voiced Miller and David Junghoon Kim as a passionate Rodolfo with a beautifully rounded tone. Basses James Cresswell and Solomon Howard as Count Walter and Wurm came over as a nasty pair, with Wurm an insidious and determined figure of great stage presence. Christine Rice was resplendent as the Count’s niece Duchess Federica, Nadine Benjamin sang a strong soprano as Luisa’s friend Laura, and Adam Silverman a nicely phrased tenor as one of the locals.

Conducting by Alexander Joel propelled Verdi’s music forward with the emotional energy it deserves, and the chorus were magnificent as usual. Pity about the production.