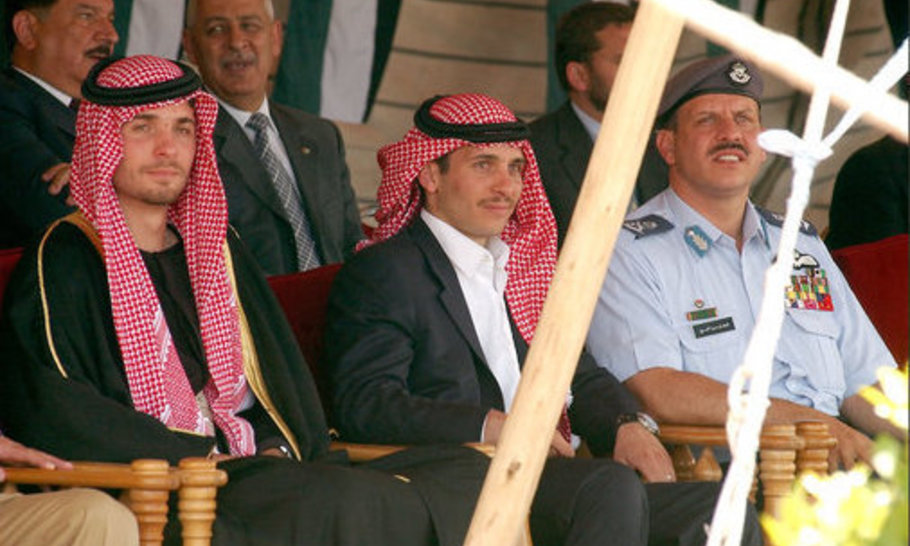 Over Easter, the Middle East was briefly shaken by stories of an attempted coup d’état in Jordan. As a wave of arrests swept the Hashemite Kingdom, Prince Hamzah, half-brother and putative rival of King Abdullah, claimed to have been put under house arrest. Under pressure from his family, the Prince has now protested his loyalty to the King and the crisis appears to be over.

But was a coup ever in prospect? Or was the rumour merely a convenient excuse to crush opposition? Accusations of plotting a coup also surfaced over the weekend in Turkey, where President Erdogan has had no fewer than ten retired admirals arrested for an alleged conspiracy to topple him. The only visible crime committed by the admirals, along with about a hundred other naval officers, was to have issued a statement defending the Montreux Convention, which guarantees the Dardanelles and Bosphorus as international shipping lanes. This was seen as an act of defiance against Erdogan, who has promised to create a new shipping route from the Sea of Marmara to the Black Sea, which would he claims would not be covered by the Convention. The admirals had affirmed “the fundamental values of the [Turkish] Constitution”, which seems a curious way to threaten a coup. Yet a failed coup did take place five years ago; although rumours have persisted that it was staged by the regime, what is uncontested is that Erdogan has dismissed some 20,000 military and naval personnel since then.

Since 1960 there have been four successful coups in Turkey and Erdogan is determined that he will not succumb to a fifth. Indeed, a century ago the modern Turkish state was created by a coup against the Ottoman Sultan, led by Kemal Atatürk. Tension between political Islam (of which Erdogan’s AKP party is a representative) and the military means that coups are always a possibility, notably in Egypt and Pakistan. They are not, of course, limited to Muslim countries, as bloody events in Burma (Myanmar) have reminded us.

What is more surprising is the tendency to see careless talk of coups even in countries where democracy is well established. After the opening of Benjamin Netanyahu’s fraud trial on Monday, Israel’s longest-serving Prime Minister delivered a televised address in which he denounced “an abuse of the destructive power the state prosecution holds”. Still in office after his fourth election in two years, Netanyahu accused his opponents of bypassing democracy and attempting to overthrow him by judicial means: “This is what an attempt to take down a strong Right-wing leader looks like,” he declared. “This is what a coup attempt looks like.”

By questioning the legitimacy of the judicial system, Netanyahu knows that he is playing with fire. Many of his supporters see his prosecution for bribery and fraud as a politically motivated show trial, staged by the Left-leaning  legal establishment. Opponents point to the use of delaying tactics in bringing the Prime Minister to court and his election promise to have the trial quashed. It seems risky to bring the judiciary and, by implication, the rule of law itself, into the political arena. Perhaps, though, it is unavoidable in a country that has already seen both a president and a prime minister receive prison sentences, respectively for rape and corruption. Israel is a relatively young democracy but it is a strong one. Whatever the outcome of the Netanyahu trial, it is safe to say that a coup is not in the offing.

The same can be said of the United States with even greater confidence, of course. Yet the storming of the Capitol by Trump supporters on January 6 has been described by some as a failed coup. It was nothing of the kind: a riot, even one that took place within the hallowed precincts of American democracy, is very different from a coup. Yet the conduct of Donald Trump — before, during and since the Capitol riot — has sought to undermine the legitimacy of the democratic process. His subsequent failed impeachment did little to resolve the conflicting narratives that precipitated the assault on Congress. Any future trial of the former President would doubtless trigger more violence, which may lead Joe Biden to offer Trump a pardon. But wild accusations of coups, whether by followers of Trump or Biden, do nothing to lower the temperature of American politics.

The term coup d’état probably dates from the era of the French Revolution, though Napoleon took power and ultimately made himself Emperor less by force than by popular acclamation. The illegal or unconstitutional seizure of power by the army, a faction or an individual is not the same as a change of leadership by legal means. We have become accustomed to looser usages of “coup” (or its German and Spanish equivalents, putsch and pronunciamento) to mean any unexpected upheaval in politics. What is also increasingly familiar is the use of alleged coup plots to justify the arrest or silencing of opposition.

A good case study of the distinctions that are necessary in any discussion of coups is provided by the Nazis. The Beer Hall Putsch, when Adolf Hitler tried to seize power in 1923, was a failed coup aimed at taking over first the Free State of Bavaria and then the German Reich (the Weimar Republic). Hitler’s appointment by President Hindenburg as German Chancellor a decade later, however, was constitutional (albeit under emergency powers), though the means he subsequently used to make himself the dictator (Führer) of a one-party state (the “Third Reich”), abolishing democracy and the rule of law in the process, involved the use of illegal violence on a huge scale. The Nazis invented their own term, Machtergreifung (“seizure of power”) to distinguish their own methods of consolidating power from a coup d’état. But they accused their opponents of a putsch in order to justify their assassination on the “Night of the Long Knives” in 1934. There were many plots to assassinate Hitler; all failed. The only genuine, though unsuccessful, coup against him was that of 20 July, 1944 (the “July Plot”), mounted by a group of army officers and civilians led by Claus von Stauffenberg.

Since the middle of the 20th century, coups have occurred seldom in Europe and non-existent in North America. We must hope that these birds of omen continue to be rare visitors in mature democracies. For that to happen, however, democrats  — both leaders and voters — must conduct themselves in a mature way. One way for politicians to prove their maturity is to eschew accusations of plots and conspiracies against their opponents. We should beware of all conspiracy theories, including those that claim, usually on dubious evidence, to have uncovered conspiracies by others.