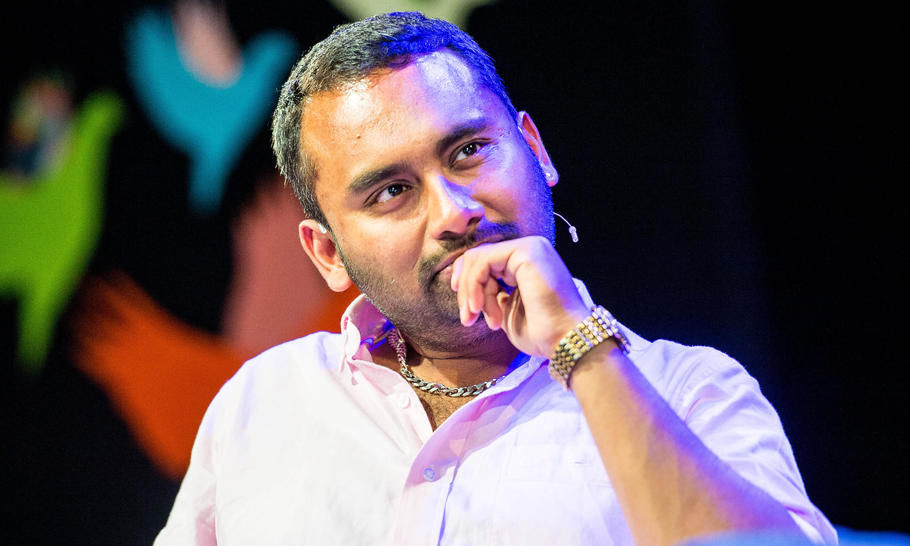 There wasn’t much of interest in Amol Rajan’s two-part documentary, The Princes and the Press (BBC2/BBC iPlayer). The press obviously came out of it badly. Phone hacking, vile remarks about how “perilously thin” Kate was, playing Kate off against Meghan, William off against Harry, predictable and nasty.

There were only two surprises. First, how little there was of the interviews with Ian Hislop and Dan Wootton, who surely had more to say — so why did so much of their interviews hit the cutting room floor? Second, Amol Rajan (above) is smart and media-savvy, so why didn’t he have any interesting analysis or data to offer? His interview with the lawyer from Schillings was especially disappointing and there was no explanation at all for the presence of Omid Scobie.

The key points to emerge were hardly surprising, but were worth repeating. Coverage of the royals is all about two questions: who controls the narrative and how does someone get their story into the media? And how much of the coverage of Harry and William, Kate and Meghan is about leaks from royal aides to willing hacks?

This is where Amol Rajan should have been really interesting. As the BBC’s Media Editor and a former newspaper editor himself, he knows all this perfectly well. So why wasn’t there more analysis of how this works and why did he and his production team fail to name any names? Who leaked the stories about Meghan bullying her staff, Meghan reducing Kate to tears over the bridesmaids’ dress fitting, the cost of refurbishing Harry and Meghan’s cottage? Who decided that Meghan was no longer “a breath of fresh air”, but was actually a hypocrite, a bully and too woke for her own good? Or that Kate was suddenly “the pinnacle of professionalism” and “really mature” ?

Better still, why didn’t Rajan point out that this is how much of the news works, whether in the newspapers or TV — and not just about royal stories? How much of what passes for business news on TV or in newspapers is just hacks passing on what they’re told by various bankers and business people? And how much political journalism is basically recycling gossip or chit-chat from the political parties or other encounters in the Westminster Bubble?

It was worth switching over to The Ten O’Clock News on BBC1 straight after Rajan’s documentary. The lead story, all twelve minutes of it, was remarkably uninformative stuff about Omicron. The only other international news stories, all way down the running order, were from America: The Ghislaine Maxwell trial and the resignation of Jack Dorsey, the Twitter founder and CEO, then, nearly at the end, the story of Barbados declaring itself an independent republic. Slim pickings. Or as Tatler would call it, “perilously thin”.

The other big news story was the Labour reshuffle, which got about ninety seconds from Chris Mason. A little bit of chat about who was in and who was out. And some gossip about whether the way the news broke implied a rift between Angela Rayner and Keir Starmer. Classic BBC fare.

No analysis worth anything. For example, how white Keir Starmer’s Shadow Cabinet is. How southern it remains: Starmer born and raised in Surrey, MP for Holborn and St. Pancras; Rachel Reeves, born in Lewisham; David Lammy, born in Archway, brought up in Tottenham; Wes Streeting, born in Stepney, MP for Ilford North. What’s happened to the Labour Left and why has there not been any outcry from the Corbynistas? What happened to Ed Miliband and Nick Thomas-Symonds (former Shadow Home Secretary)? Nothing about what a terrible job Lisa Nandy has done as Shadow Foreign Secretary, despite having been gifted the Afghanistan crisis, and why David Lammy might be such a poor replacement, or why it has taken Starmer so long to get rid of Jonathan Ashworth, who has contributed nothing to an informed debate about the worst public health crisis in decades.

More important, there was nothing about what this reshuffle might signify about changes in policy. There was one very good reason for this, but the Ten O ’Clock News didn’t mention it: the previous Shadow Cabinet didn’t have much to offer in the way of exciting new policies and nor does the new one. On Newsnight, Peter Kyle (the Shadow Secretary of State for Northern Ireland) was asked about the migration crisis. He had nothing interesting to say. Nothing at all. Labour, he said, “would move with the times”. They would co-operate more with the French than the current government was doing. Er, that’s it.

In short, Monday evening was a dismal time for news or thinking about the news on the BBC. What was particularly dispiriting was that Amol Rajan and Chris Mason are among the top bets to succeed Laura Kuenssberg as the BBC’s new Political Editor. They are as good as it gets and yet, sadly, the coverage of the relations between the princes and the press on the one hand, and the Labour Shadow Cabinet reshuffle on the other, was not very good at all. The BBC was given two very easy stories, but it just dropped the ball.