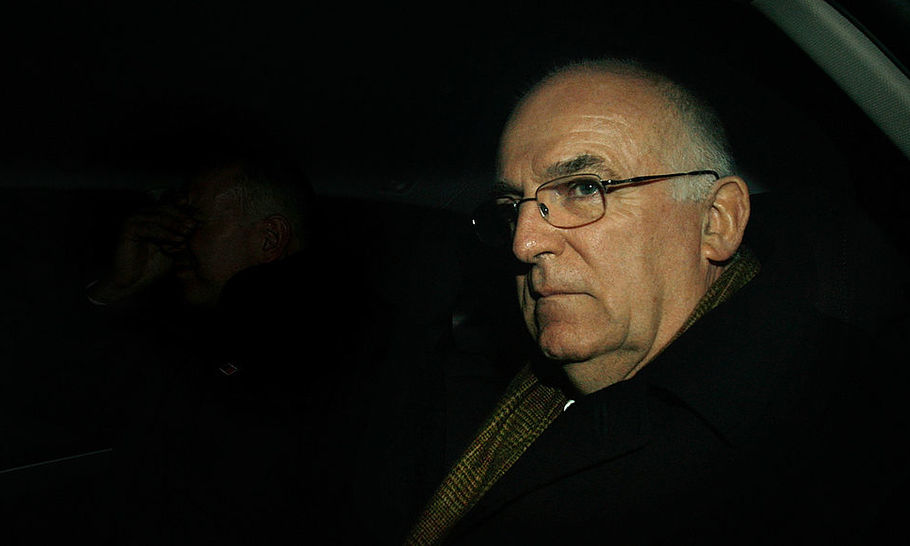 In January last year, Sir Richard Dearlove staged an unprecedented political intervention for a former head of MI6. In conjunction with Lord Guthrie, the ex-head of the armed forces, they called for MPs to block Theresa May’s withdrawal agreement, calling it a “threat to national security”. Their letters to the press and briefings to MPs were a significant contributor to the failure of Theresa May’s deal and her consequent resignation as Prime Minister.

A year later, in part two of his exclusive interview with TheArticle, Dearlove has taken a softer approach to defence and security agreements with Europe. If anything, Dearlove suggests that Europe is something of a joke in terms of defence and security. He points to the lack of indigenous intelligence capability beyond what the UK provides for it. He correctly identifies the limited European defence capability beyond that of Britain and France. We will continue to reap the benefits outside of EU control in the form of bilateral cooperation with France.

Even at the time, Dearlove’s identification of an existential threat to Britain’s defence and security sovereignty from a non-binding, political declaration seemed uncharacteristically hysterical and at odds with the relatively limited scope of the agreement. His reflections on the relative weakness of EU defence and security capabilities further undermine the severity of his warnings last year.

Indeed, it is what Dearlove does not say that is more important than what he does. He has not reiterated his dire warnings about the effective loss of sovereign control of defence and security that he saw in May’s withdrawal agreement.

This is notable because there is no substantive difference, at least in terms of defence and security, between May’s and Johnson’s versions of the agreement or their political declarations. Dearlove and Guthrie’s objection last year was the inclusion in the political declaration that the UK would seek participation “to the extent possible under EU law” in the European Defence Fund, the European Defence Agency and other defence bodies.

During Johnson’s renegotiation of the withdrawal agreement, it was reported that he tried to demand a looser level of defence cooperation and sovereign control over how its defence assets would be used. These were strange demands, because the offending clauses were non-binding and merely agreed “close cooperation” between the Europe and UK in EU-led crisis management operations.

Johnson seems to have failed, as May did before him, to realise the much-vaunted dream of using our strength in defence and security as a bargaining chip. The defence and security sections of both May and Johnsons’ political declarations are nearly word for word identical.

The most significant change during the year has been geopolitical. It is hard to argue with Dearlove’s assessment that Nato and the US remain the most important relationship for the UK and that bilateral defence relations with France will remain largely unaffected by Brexit. But 2020 has already complicated the dynamics of the transatlantic relationship and shown the continuing centrality of Europe to the pursuit of the UK’s interests and the relative increase in tensions with the US.

Johnson is increasingly finding himself at odds with Trump’s White House. The involvement of Huawei in “non-essential” parts of Britain’s 5G network has been a key sticking point. The US continues to threaten intelligence sharing if the National Security Council gives Huawei the go-ahead at a meeting next week.

The Iran nuclear deal has also created tension, as Britain sides with France and Germany, rather than the US, in her continued support for the agreement. Johnson barely avoided fallout with his belated suggestion of replacing the current agreement with a “Trump deal”.

Trade has become a further flashpoint, at exactly the moment the UK should be negotiating a comprehensive agreement with Washington. Sajid Javid used Davos to reiterate his commitment to a digital services tax, causing US Treasury Secretary Steve Mnuchin to vow retaliation against the UK car industry. Javid managed to put further strain on the special relationship by saying that his “first priority” was a trade deal with the EU rather than the US, thereby undermining Downing Street, which had said the talks would be conducted in parallel.

The issue that Dearlove omits is that UK relations with the US seem to be weakening and political alignment with Europe strengthening at exactly the point of departure from the EU. Javid’s comments come only a week after Defence Secretary Ben Wallace said that the UK must be “prepared to fight wars without the US”. In defence terms this was an earth-shattering admission. We know from successive defence reviews that UK planning assumptions are always to conduct major operations alongside allies. If this is not to be alongside the US, it necessarily suggests much greater reliance on our European allies.

Dearlove is right: “Brussels can’t do, doesn’t do…geopolitics”. As a result, Brexit is likely to have a relatively muted impact on defence operations, where it is Nato that remains the premier defence organisation, for both the UK and Europe, and a range of bilateral arrangements compliment this. Among the intelligence agencies too, cooperation largely exists outside the EU framework and should continue much as before.

However, Nato doesn’t deal with any of the non-military security issues, such as domestic terrorism or transnational crime or the critical area of defence industrial cooperation. These are areas where the UK has played a leading role in Europe. Both the UK and EU are likely to turn inward to protect their autonomous decision making. The end result may well be reduced levels of cooperation and the increased cost of becoming more self-sufficient in terms of policing and the domestic defence industry.

The irony is that Permanent Structured Cooperation (PESCO), one of Dearlove’s targets, may well become a more attractive option to the UK after Brexit, than it was while we were an EU member state. Participation in joint European defence industry projects is likely to become increasingly more important as Britain’s usefulness to Washington declines after leaving the EU. The eye-wateringly expensive F-35 project and the slow progress and complexity of our indigenous “Tempest” fighter illustrate the point clearly. Both are funded on the basis that there is only limited economic shock in either the short- or mid- to long-term from Brexit. The defence of the realm should not be gambled on such assumptions.

These are all issues that should be addressed during the upcoming defence review. The starting point must be a political and strategic decision about the degree to which the UK wishes to be a European or global actor. This is not a binary choice, but the relative emphasis needs to be clarified in order to define the nature and scope of our relationship with Europe. It seems unlikely that our future defence relationship with Europe will get much attention before the trade deal is brokered. Meaning that we probably have until 2021 to decide exactly how closely we chose to align with our European allies.