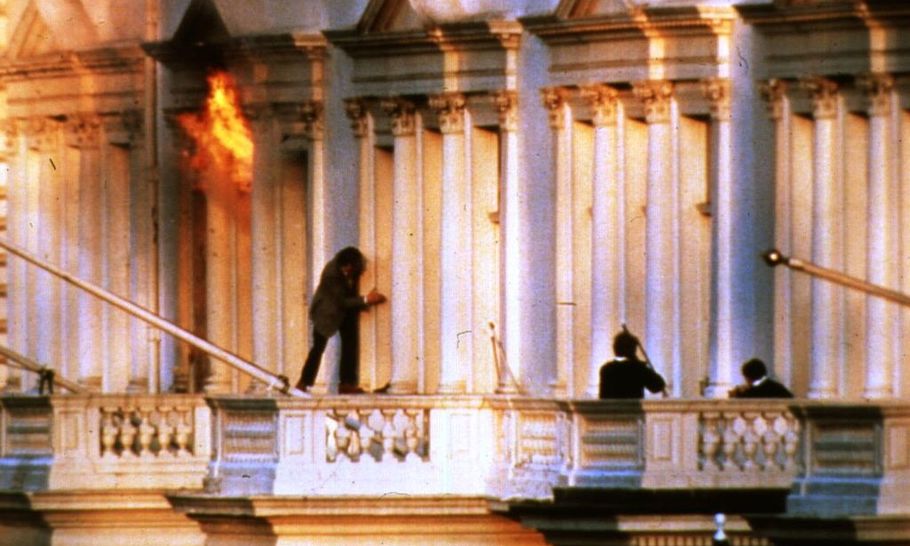 Special Forces have been the poster boys of the Wars of 9/11. From the relentless night raids conducted throughout Iraq and Afghanistan to the audacious operation to kill Osama bin Laden, they captured the public imagination and entered the iconography of the age. The ambiguous, episodic and insidious nature of counter insurgency played to all their strengths, and, while slow and clumsy conventional forces were limited to holding the military ring, agile and aggressive Special Forces took the fight to the enemy.

But that was then — now we face the return to possible inter-state conflict and the big battalion strategies that support that, where the unit of manoeuvre is not an eight man Special Forces patrol but a tank army or an aircraft carrier task group. The nature of warfare is changing too, with the detached technical sophistication of cyber, space and autonomous engagement replacing the intense and proximate physical violence of the Special Forces fight. Also, has iconic status come at a moral price? What would David Stirling, the founder of the SAS, think of Celebrity Who Dares Wins? Might he conclude that, somewhere along the way, hubris had compromised the soul of his creation?

First, some context. Military units that have a defining quality, that are preserved for purposes other than the conventional battle and are commanded only from the highest level have existed for as long as war itself, as Alexander’s Silver Shields or the Theban Sacred Band attest. Yet they seldom survive the circumstances of their creation as regimes change, armies revert to orthodoxy and elite forces can take on a dangerously Praetorian look. One of the signal achievements of British Special Forces, created in the Second World War, is to break this cycle, and, through a process of constant adaptation, remain relevant.

No despot’s military inventory is complete without a Special Forces element, but, since 1945, Special Forces soldiering has been a particularly British vocation. Much of this derives from a historical legacy that never relied on the conscripted armies raised by the continental European system of levee en masse. Nor, except in extremis, did we seek the vast battlefields favoured by Frederick, Napoleon, Suvorov or Moltke. Rather, we relied on insular geography, a strong navy and a volunteer army that honed its small unit skills policing the boundaries of empire. Indeed, Stirling and the others who raised the SAS in 1941, were in many ways the spiritual descendants of the colonial district officers like Francis Younghusband, James Abbott, the Lawrence brothers and John Nicholson who played their cameo roles in the Great Game in central Asia.

At its inception, the SAS drew on two separate traditions. The first was the soldier romantic, best exemplified by Stirling, a member of the extended Lovat clan who fled Cambridge to become an artist in Paris and then trained for an attempt on Everest before finding his true vocation in war. Even today, this tradition is best captured in the words of James Elroy Flecker inscribed on the memorial clock tower at the unit base just outside Hereford:

We are the Pilgrims, master; we shall go
Always a little further; it may be
Beyond that last blue mountain barred with snow
Across that angry or that glimmering sea

The second tradition is a capacity for purposeful, discriminate violence, best exemplified by Paddy Mayne, an Irish and British Lions rugby player, winner of four Distinguished Service Orders and controversially denied a Victoria Cross, a man of unpredictable mood and preternatural physical strength who destroyed 47 German aircraft at a single sitting during the desert war.

The two traditions in combination created a capacity for elegant unpleasantness that endures to the present day.

The core Special Forces units — in Britain, the Special Air Service, the Special Boat Service and the Special Reconnaissance Regiment — are made up of men and women who survive a Darwinian selection process and numbers its successful alumni in hundreds at any time. They tend to be more solitary and reflective than their conventional military peers in a world that relies more on the individual than the collective. Britain produces about the same number of Special Forces soldiers each year as Oxbridge colleges produce double firsts.

This sort of success rate is remarkably consistent internationally and in America, for example, the same proportion of the general and military populations show an aptitude for Special Forces employment. The genesis of US Special Forces is, though, quite different from the British experience. The American way in warfare has always been prosecuted at industrial scale, until, that is, the bitter defeat of Vietnam, the demands of the non-conventional battlefield and the proselytising presence of Charlie Beckwith combined to usher in a new approach.

Beckwith was one of those vivid, often flawed, individuals who sometimes add colour to the Special Forces story. He completed an exchange posting with the SAS and returned to America convinced by the need for a US equivalent. He remained a solitary, evangelising voice at the margins of the national strategic debate until the rise of international terrorism demanded a specialised military response. Having formed Delta Force, he led it on Operation Eagle Claw, the abortive attempt to rescue American hostages in Tehran. His career did not survive the debacle, but Chargin’ Charlie remains a spiritual presence in the Delta base of Fort Bragg, North Carolina. On 9/11, US Special Forces were probably not capable of the level of operational sophistication required for the bin Laden raid. By the time the raid was carried out in May, 2011 and after a process of dynamic reinvention that is emblematically American, probably only US Special Forces were capable of the operation.

So the Anglo-American Special Forces tradition has deep roots, and perhaps that is part of a growing problem. The culture reveres physical endurance, the exclusivity of the selection process and the tactical skills that go with the contact battle, which is entirely appropriate when the business of the day is the ruthless attrition of terrorist groups like Isis. But when the emphasis changes to state led influence operations which will be conducted as much in the virtual and cognitive realms of conflict as the physical, it’s a reverence which looks exaggerated and runs the risk of finding old solutions to new problems. If the pre-eminent Special Forces skill has been adaptation, is that now endangered by the conservatism that comes with success and institutional self-regard?

Special Forces have always had a place for Dominic Cummings’ “weirdos and misfits” and the casual observer need look no further than the profoundly eccentric Orde Wingate — founder of the Chindits — as evidence. But the scale, focus and success of Special Forces in the Wars of 9/11 has led to an increasing homogeneity. Open source publications by the US Special Operations Command identifies a typical operator as a “thinking athlete” with eight years of military service, much of which has been spent in a succession of advanced tactical courses. The soldier emerging from this profile is formidably equipped for a narrow range of kinetic operations but the intense focus of the process may have precluded the wider curiosity that future warfare may demand. The requirement may be for more of the thinking and less of the athlete; more Alan Turing and less Paddy Mayne, after all, which had the more significant impact on the second world war: Bletchley Park or the SAS?

Then there are the housekeeping problems. If only a limited number of Special Forces operators can be drawn from a given military population, what happens when armies shrink? In particular, when Special Forces are disproportionately recruited from military outfits with their own rigorous selection processes — like the Royal Marines — what happens when those organisations become emasculated? Perhaps Special Forces need to fish in a wider civilian pond, but that would compromise the gold standard of selection. There has been some speculation that this could be negotiated by replacing physical rigour with selection by algorithm or artificial intelligence, though no suggestion yet that Gavin Williamson might lead the process.

Finally, and if you have lost count of the number of US SEALs who claim to have killed Osama bin Laden, the number of homicidal computer games with Special Forces in the title and the number of ex operators who now make a living in the popular and social media by trading on their military celebrity, you may wonder if the entire Special Forces concept is in the process of being devalued. These examples bear little resemblance to Flecker’s Pilgrims or the soldier romantic tradition and they, more than anything else, may be what stop Special Forces being special.