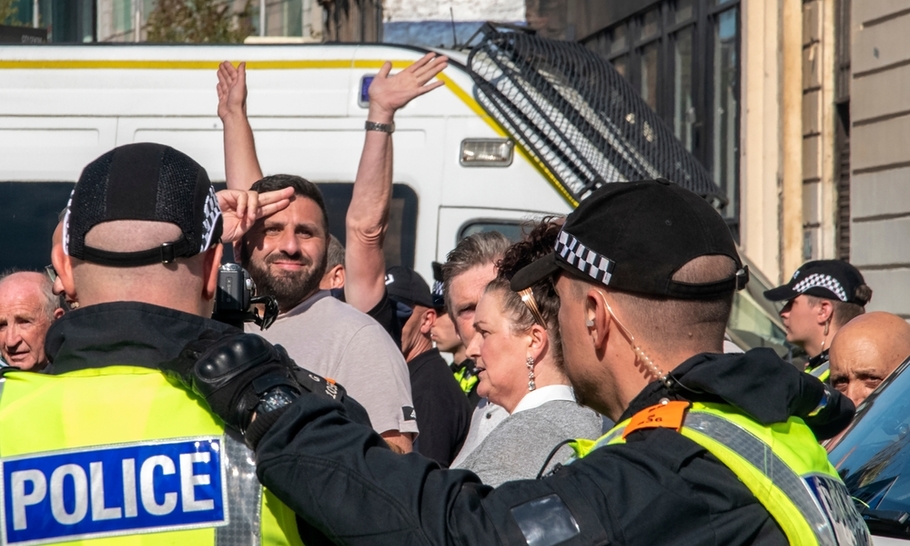 In the days since the death of the late Queen, a few protesters against the monarchy have been briefly detained or moved along by the police. It is the actions of the latter rather than the former that have prompted outrage on social media. The question no-one seems to be asking is why all these anti-monarchist demonstrators chose this week to mount their protests rather than last week. The answer is obvious: no-one would have paid any attention. However, this week, we are in a period of mourning for the late Queen.  The nation, with a few noisy exceptions, is united in grief for the passing of Her Majesty. She was the Mother of our Nation.

The reaction of His Majesty’s Constabulary to these protests has aroused concern. It seems to some that freedom of speech is under attack as these protesters are detained. Too late: freedom of speech is already under attack. The police have for a number of years been active in approaching those who have made certain comments in online message boards and social media and have alerted them to a complaint by a member of the public, or a breach of the law. There is not actually an absolute right to freedom of expression, as this would include the creation and dissemination of child pornography, or incitements to violence as well as the distribution of instructions on how manufacture improvised explosive devices. The question is always therefore where to draw the line.

The line is not so much drawn as moving. It is now seen as acceptable for local authorities to organise “drag queen story hours”, events where men dressed in gaudy sexualised clothing can educate very young children in sexuality according to the men’s sexual preferences. In one extreme case, a man was dressed in a monkey costume featuring artificial exposed buttocks and a fake penis to “encourage children to read”. There was public outrage at this display literally in the faces of minors, but all this does is to push the line so that the next such incident may attract less outrage, until it is accepted as normal by a succeeding generation who may be unaware that it was once forbidden, or views proscription as archaic. We also have an unwritten law against certain types of blasphemy, for which the penalty is death, enforced by radical vigilantes.

However, the demonstrators who have had their anti-monarchist collars felt are not actually victims of a police crackdown on freedom of speech, in the way they might have been if they had been posting so-called “gender critical” views on social media. No, they are being removed from public areas because they pose a risk to public order.

There is a legal precedent for the actions of the police. In 2011 a number of extremists decided to demonstrate in London during Prince William’s wedding to Katherine Middleton. Some planned to throw maggots rather than confetti at the happy couple. All were detained by police before they could mount their demonstrations. Naturally they took the police to the High Court. And lost. They went to the Court of Appeal. And lost. They went to the Supreme Court. And lost. Having exhausted legal processes in the United Kingdom, they finally went to the European Court of Human Rights. And lost.

In a statement, the European Court of Human Rights said that the arrests had been necessary to “prevent the likelihood of an imminent breach of the peace, taking into account the crowd size, international interest and ‘severe’ threat level on the day of the royal wedding.”

This ruling does not serve as a rewriting of the law regarding the right to protest, but it does suggest that circumstances alter cases. It is similar in context to the general view that freedom of speech is sacrosanct, but that does not confer the right to shout “Fire!” unnecessarily in a crowded theatre. The same logic can be applied to the segregation of crowds at soccer matches, where fenced-off areas and police escorting away fans back to railway stations is not seen as an assault on the freedoms of movement and association by the state.

So the concern about the police moving against people who decide to choose precisely the wrong time to make display of their probably deeply-held beliefs is misplaced. If people want to protest against the institution of monarchy, they can, but not amongst grief-stricken crowds mourning the recent passing of a monarch. Not because it is the wrong time or place, but because hurt feelings may run high enough to cause demonstrators to be attacked physically.

When Jeremy Corbyn dies, there will doubtless be a socialist version of a state funeral. If a group of pro-Israel supporters were to make their presence known and publicly protest against the dead former Labour leader, some grief-stricken, normally peace-loving Corbynists might be provoked to violence. In that situation, the police might well move along or detain the demonstrators to keep the peace. It is likely that few of the people now concerned about the anti-monarchist protesters in the news would be moved to complain in a similar fashion.

The police have a difficult job to do. Posing contrarians do not make it any easier.