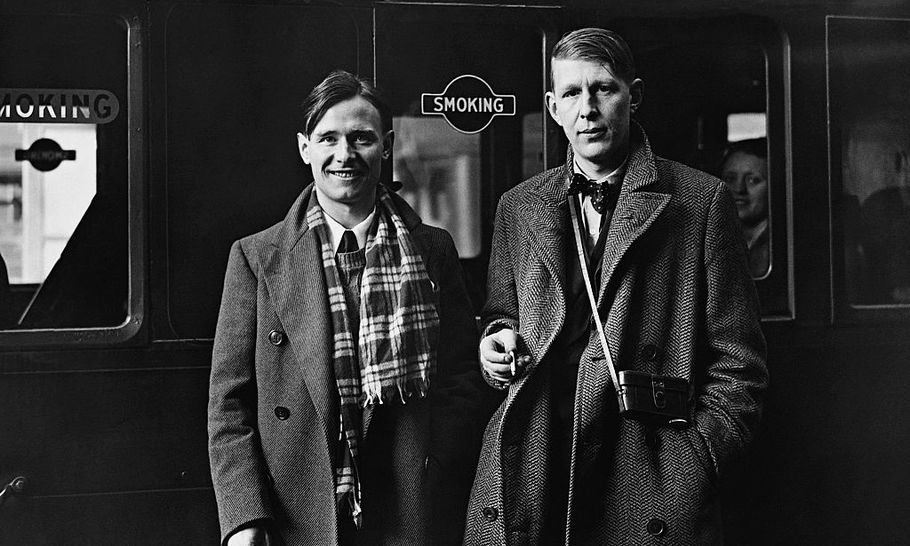 WH Auden was a uniquely modern poet and one who speaks unmistakably to our modern times. He came of age at a moment when the intellectual elites of Europe were in tumult over the rise of dictators across the continent, and was one of the few writers to come out of the period alive in body and soul. His politics formed an intrinsic part of his writing, and were the basis on which Auden’s hatred of totalitarianism and demand for total intellectual freedom, were founded.

He was the bright young thing of dour, embittered thirties Britain, a man whose image and writings brought the best out of him and the worst out of others. Auden’s genius to put the most complex of literary and political emotions into the most simple, elegiac verse.

His immense literary gifts elevated him to the position of leader of the left’s litterarti. His fame and liberal social approach — Auden was quite openly homosexual — made him many friends. It also made him enemies. Commenting on Auden’s death in 1973, the deeply conservative Anthony Powell was jubilant: “I’m delighted that shit has gone… It should have happened years ago.” A shocking comment, but one that makes clear Auden’s enormous significance, even to those who despised him.

Auden was the leading voice among a group of poets that included Cecil Day-Lewis, Edward Upward, Stephen Spender, Christopher Isherwood. These writers were searching for the blood of the effete literary establishment which had been overrun by the aesthetic movement of the 1920s.

But the doctrinal atmosphere of literary London repulsed him, and the repressive image of an England bien-pensant was something he thought dangerous. He left England for, firstly Berlin (to show some political mettle) and latterly America.

Auden wrote three poems which each mark a distinct spot in both his career and the span of twentieth-century history. Spain (1937) depicts his experiences of the Civil War, the preliminary fight between fascism and socialism to which Orwell also journeyed. “September 1, 1939” is perhaps his best-loved work, and was written “uncertain and afraid” in New York. The final one, “August, 1968”, was a stinging rebuke to the recent Soviet invasion of Czechoslovakia.

In his old age Auden became heavily disillusioned with the Marxism and radicalism of his earlier years, which infuriated his previous allies. His poetry was never groundbreaking; lyricism was its driving force. Yet the principle of freedom and justice never swayed in Auden, just as in Orwell. The Soviet Union, once heralded as the new dawn of proletarian freedom, had become a murderous tyranny, Spain had fallen into Franco’s hands. Britain’s slow post-war decline was in full flow, although Auden was in America, before controversially being elected Oxford Professor of Poetry in 1956.

Later, Auden came to despise his political poems, and withdrew several from publication. He accused himself of petty sentimentalism and self-loathing. Auden as a writer was deeply shaped by the state of the society around him; and was best suited to the “dark, dishonest” decade of the thirties, not the serene peace of the post-war decades.

And yet the thirties did mark an important point in the intellectual history of the century; political pressures acted on all writers and questions of personal or political life were often interchangeable. Should Hans Fallada have left Germany in 1933? If so, his great novel Alone in Berlin would never have been written. Should Auden have left for America in 1939? It seemed that one either had to be a Communist or a Fascist, a Blackshirt or a member of the Peace Corps.

Intellectual elites were thrown at these torrents of conundrums, and some succumbed to the waves. Auden stayed true to his desire for the “freedom and justice” that Orwell promised in democratic socialism, freedom being the most important aspect. Its defence was the real aim for these poets.

But what Auden showed was that a poet could influence the political debate of a society. Auden was famous in London, his poems were excitedly published, his image prejudicially constructed, both by his enemies and by his friends. Like Orwell, he was falsely accused of both hating society and England itself, claims they both refuted. The freedom to write and publish was the characteristic of England they most admired—

Time that with this strange excuse

Pardoned Kipling and his view,

And will pardon Paul Claudel,

Pardons him for writing well.

This idea was central to Auden. Society today is not shaped by poets or much by writers; public intellectuals have nigh on disappeared from our screens and radios. Commentators — whom Auden almost certainly would have thought let “drivel gush” from their lips — now shape public debate, not poets or novelists. Many lack the courage of Orwell who went against the doctrines of his previous socialist allies.

Both Auden and Orwell knew that “if liberty means anything at all it means the right to tell people what they do not want to hear.” That simple lesson has never been as important as it is now. It’s why Auden is not just a poet of the thirties — he is also unmistakably the poet of our own fractured times.