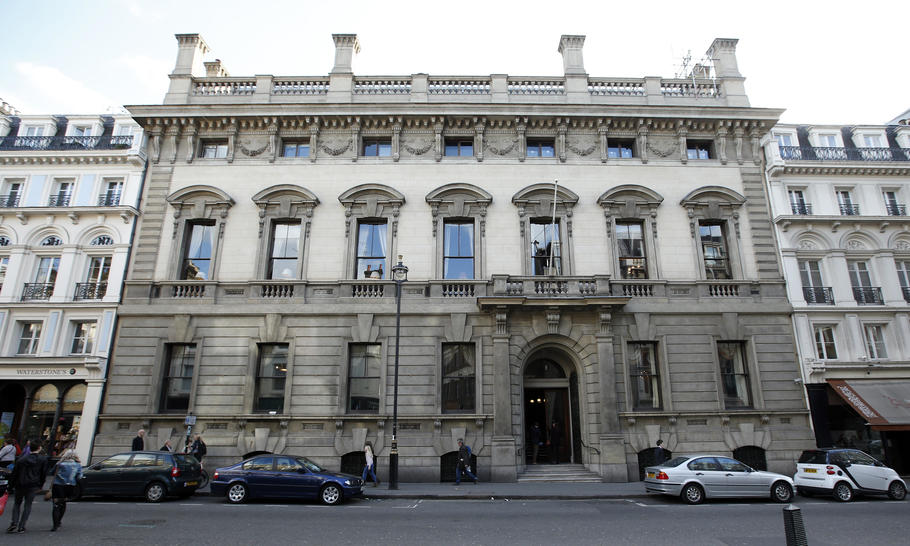 Boris Johnson is under fire for flying back from the COP26 climate conference in Glasgow by private jet to attend a dinner for former Telegraph colleagues at the Garrick Club (pictured above). The Prime Minister has been accused of “staggering hypocrisy” by the Labour Party chairwoman Anneliese Dodds. In her eyes his offence was compounded by the fact that he was dining at a “men-only private members’ club” with, among others, his former boss Charles Moore, “a self-confessed climate change sceptic”.

The Mirror, evidently proud of its “exclusive”, ran several pictures of the PM emerging from the club, accompanied by Lord Moore. For the Labour-supporting tabloid, the story has everything: Boris warns the world that it is “one minute to midnight”, then takes off by chartered flight to be among chaps from the Tory paper where he was paid £250,000 a year for a column. For the Mirror, this is the Conservative chumocracy at its most outrageous.

Except that there is rather less to this story than meets the eye. I was among the former Telegraph leader writers who attended the dinner in question. As it was a private event, it should go without saying that I shall not disclose anything that was said or who else was there. But Charles Moore, the Telegraph’s former Editor, was only one of more than thirty journalists present, most of whom have long since moved on to do other things and whose opinions differ widely. This was certainly not some sort of cabal, nor was climate change even mentioned in the speeches. For those who were invited, including Boris Johnson, it was just a convivial supper with old colleagues, a once-off, never to be repeated reunion, a harmless bit of fun.

Let us take the accusations one by one. First, the fact that the PM flew from Glasgow by a chartered flight is hardly very remarkable. Most of the other world leaders who attended the summit will have done the same, in some cases using aircraft that are reserved exclusively for their use. President Biden arrived in Air Force One, the presidential jumbo jet, with an entourage so huge that his motorcade stretched as far as the eye could see. Compared to Joe’s elephantine carbon footprint, Boris’s mouse-sized one barely registers. But those responsible for the prime ministerial schedule will have judged (correctly) that no other form of transport was suitable in this case. Besides the efficient use of his time, security is also a factor, especially after the murder of Sir David Amess. Downing Street says that all carbon emissions necessitated by running COP26, including air travel, will be offset.

Secondly, the fact that Boris Johnson dined at a gentleman’s club is also scarcely a crime. Although the Garrick does not at present allow women members, several women attended the Telegraph dinner and one of them gave a speech. They didn’t mind dining there, so who is Ms Dodds to imply that they ought to have done? As for the fact that the Garrick is an “elite club”: that is one of reasons why the PM was able to be there. Security is just easier to manage at a private members’ club.

Finally, was the Prime Minister at fault for spending an evening among professional colleagues? Heaven forbid that Sir Keir Starmer should ever dine with other barristers, or that Tony Blair should be seen hobnobbing with billionaires. Past prime ministers went shooting, fishing or deer-stalking, sometimes for weeks on end; American presidents often seem to spend half their time playing golf. Politicians need time off, just like the rest of us.

It actually speaks well for Boris Johnson that he occasionally hangs out with journalists other than those employed to report on him. Nobody at the Garrick dinner was there to scrutinise him or to catch him unawares, though some may have disapproved of him. In such congenial yet irreverent company, a man under permanent pressure can relax and be himself for an hour or two. Having by his own admission written very few leading articles for the paper, in this milieu the Prime Minister wasn’t even primus inter pares: being among comrades and equals is good for anybody who is normally surrounded by courtiers and supplicants. In the fellowship of a newspaper office, what matters is the ability to write to a deadline; to write as well as Boris Johnson is a bonus. His copy was always late, but always just in time.

Will the Garrick dinner have consequences for him? No doubt there will be finger-wagging from the Opposition in the Commons and mirthless humour at his expense from comedians who specialise in Boris jokes. But will the great British public care? Will the millions of us who look forward to reunions of all kinds, to office parties at Christmas and get-togethers with our teams begrudge the PM his evening among friends? I find that hard to believe.