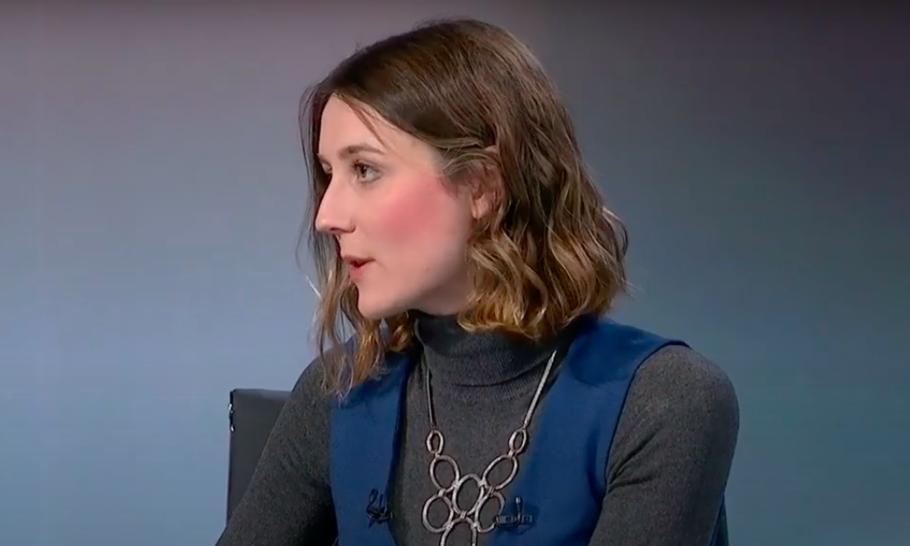 Journalists love to write about their own trade. A great deal of ink, virtual and physical, has already been expended on this week’s advertisement for a prime ministerial spokesperson. The post is a new one and it will mark a significant change in the way that the public perceives the Prime Minister. The only real surprise about this particular job creation scheme, however, is that it did not happen long ago. It will be a political, not a civil service, role. Talk of this being a step towards the Americanisation of British politics is over the top.

As has been argued before in these columns, the daily press conferences from Downing Street at the height of the coronavirus crisis marked a shift in the way that the Government communicates with the country. That shift is irreversible. The Lobby has been moribund for some time; the exigencies of the Covid-19 pandemic merely gave this secretive and outmoded system the coup de grace. At its peak, these press conferences enjoyed live audiences that television dramas or online “influencers” can only dream of. Why wouldn’t a man like Boris Johnson, who owes much of his power to his charisma, wish to make this newly established direct line to the public permanent? His model here is not necessarily the TV reality star Donald Trump, but just about every American President since Franklin Delano Roosevelt started broadcasting his “fireside chats” in the 1930s.

The problem with a man like the present PM, however, is precisely that he is a man. There has been much talk of “Boris’s woman problem”. By this is not meant his private life, which seems to be going unexpectedly well. (His fiancée Carrie Symonds and their baby Wilfred are said to have entertained his estranged wife Marina Wheeler and their four children at Chequers recently.) No, the problem for Boris is epitomised by the fact that of the 30 new peers he is expected to create, just three are female: Gisela Stuart, Ruth Davidson and Dame Helena Morrissey. All three — a former Labour MP, a Scottish Tory leader and a business leader — are exceptionally gifted women. But there simply aren’t enough of them to reflect the population in an appointed revising chamber that is already male-dominated. The Cabinet, too, is three-quarters male. Priti Patel, the Home Secretary, was the only woman to front the coronavirus press conferences.

Hence it comes as no surprise to be told (through the “usual channels”) that the Prime Minister’s new spokesperson is certain to be a woman. That may be tough on the younger male journalists who struggle to get noticed in a media world that is already much less masculine than the political one. But the feminisation of almost every field of public or cultural life is, for anyone below middle age, simply the new normal. It is only Westminster that didn’t get the memo. Crusty geezers in the Bernard Ingham or Alastair Campbell mould need not apply.

From the large pool of female talent, which one should Boris pick to put the best face on his Government? We are told that the successful candidate must demonstrate “a keen understanding of political issues”. The salary is £100,000: higher than most politicians receive, but modest in comparison to senior television presenters and political correspondents. It is unlikely that some of those tipped for the job, such as Sophy Ridge of Sky News or Vicki Young of the BBC, would be tempted by the money. Nor are any of these or other prominent television journalists likely to share Boris Johnson’s political views. In this role, trust and chemistry are more important than celebrity and familiarity. The social media following comes with the job, which is sui generis anyway.

The only prominent candidate so far to be named is Isabel Oakeshott. She is ideologically “sound” and an incisive defender of the Government; she is also a distant relative of the great political philosopher Michael Oakeshott. But she would come with a good deal of baggage, including a notoriously scurrilous biography of David Cameron. Boris Johnson might be forgiven for suspecting that, from the moment she stepped inside Downing Street, Ms Oakeshott would have her sights on an inside account of his premiership. On past performance, it would be most unlikely to be a hagiography.

If the role model here is indeed Donald Trump’s Press Secretary, Kayleigh McEnany, then another candidate springs to mind. She is Olivia Utley, formerly Deputy Editor of TheArticle and now Head of PR and Deputy Leader Writer at The Sun. (Full disclosure: she is a friend, but has not been consulted about this article.) Like Ms McEnany, who defended Trump on CNN (a hostile network), Ms Utley has calmly put the case for Brexit and for the Government on the BBC. Still in her mid-twenties, she has had an even more meteoric career than Ms McEnany, who is in her early thirties. But Olivia Utley has shown herself cool under fire on programmes such as Question Time and Newsnight. She comes across as sensible, smart, unpretentious and, above all, normal.

Like Ms Oakeshott, Olivia Utley has a distinguished lineage. She was brought up by her mother, Catherine (also a contributor to TheArticle) and her aunt, Virginia, who was Charles Moore’s assistant. Her uncle, the Daily Mail columnist Tom Utley, is a former colleague of the PM. Her grandfather, the late T.E. Utley, was renowned as the blind sage of the Telegraph and revered by, among others, Margaret Thatcher, Charles Moore and Boris Johnson.

But Olivia (known as Livvy) is her own woman. She was educated at Catholic state schools (Sacred Heart, Hammersmith, and Cardinal Vaughan). She went to York University rather than Oxbridge. Apart from politics, her tastes, interests and habits are those of any young woman in her twenties. Nobody could do a better job of appealing to younger women and indeed men. But she is comfortable with older people, too. It is probably an advantage that she does not know Boris Johnson; she would have no trouble understanding and, where necessary, standing up to him.

Some in Downing Street will say that Ms Utley is too young for the job. William Pitt became Prime Minister — one of our greatest — at an even younger age. The job of spokesperson is not to be the Prime Minister, only to represent him. With a potentially huge public profile, there is a premium on youth rather than experience. I have no idea whether Olivia would be interested in the job, but there is nobody better qualified to do it well.