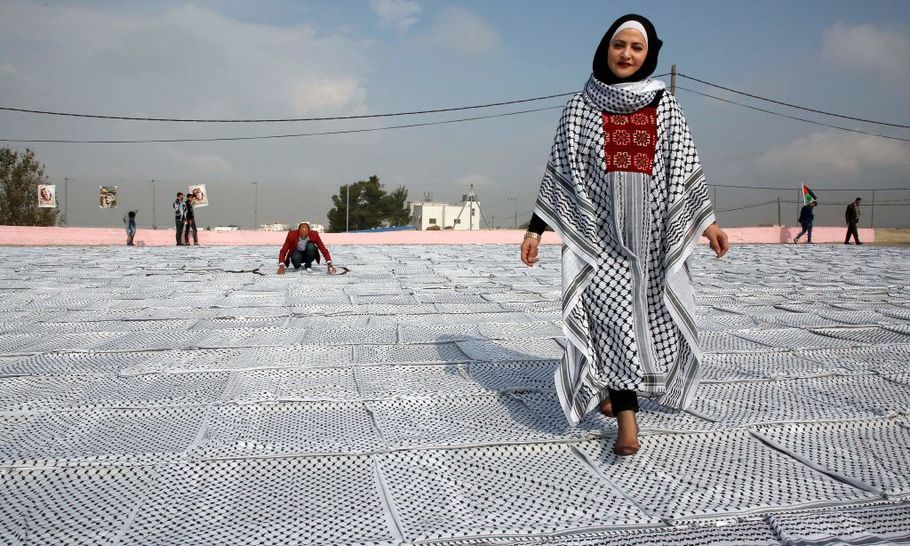 Hebron is a city split in three areas: A, B and C. But that’s where the simplicity ends. There are three ruling forces with three separate legal systems. Area A is controlled by the Palestinian Authority, Area B is under joint PA-Israeli control (which effectively means little control) and Area C is under Israeli control. Small wonder that life in Hebron is uncertain and frightening. Incredibly, though, brave individuals are still making a stand against extremism.

A 2016 study into security in Hebron found that 38% of Palestinians living outside area A would rather ‘take matters into their own hands’ than go to the police. That means that in these areas, problems are being ‘resolved’ by Islamist extremists, in particular affiliates of Hizb-Ut-Tahrir (HuT) – the pernicious politically-driven religious group that uses extreme religious interpretations to dictate how people should behave.

HuT tries to control how ‘Islam’ is defined, and through that, control the community under the guise of religious rules. In recent years, it has become more coordinated and active and has now established a community-monitoring group called ‘Rijal al Khlaeel’ (men of Hebron.) In August, this group was responsible for disrupting a mixed gender marathon running through Hebron, and on the 18th of October it tried to disrupt a music festival for children.

Speaking to me about the rise of the group, Rateeba Alaedin, Director of Sharek Youth says, “We used to live together with different interpretations of Islam with no conflict between us based on our religion. We used to identify with our nation, language and culture – but now political Islam tries to dominate identity.”’

Rateeba’s life has been threatened for promoting women’s rights and she has been labelled a “Western spy working to destroy Islam.” But she stands firm: “I know they are watching me, but I am not afraid because I believe what I am doing and what I am saying. I am no less Palestinian than them. I am no less Muslim than them.”

Last February three young Palestinians with a similar vision to Rateeba’s set up a counter movement to extremism called the ‘Freedom Runners’, which ran the streets of Hebron to encourage people to do sport together. Initially they were laughed and sneered at, but after six months the group grew to 25.

In March the Freedom Runners organised a public run in support of cancer research. Of the 250 invited, 70 attended – with both genders participating. Hizb ut-Tahrir sent a report to the Minister of Education at the Governorate condemning the mixing of genders in sport. In August, a marathon organised by Planned Family Planning and Protection Association and attended by the Freedom Runners was also disrupted.

Mazen Alzaro, a Palestinian Imam and Director of Become The Voice is determined to challenge HuT’s grip on the community:

“I want to work with youth in Hebron to build a counter movement to Hizb Ut Tahrir: A co-ordinated, well informed group of activists intent on pushing for progress and firm on equal rights. I hope to find the funding to run a twelve week programme, in collaboration with Become The Voice next September.”

Shamefully, though, while Palestinian progressives strive for Women’s rights in Hebron, here in the UK, there is non-Palestinian opposition to the forces of enlightenment by those who claim to stand for Palestinian rights. Muslim Engagement and Development (MEND) is a prime example. The group actively opposes the Government’s Counter Extremism Strategy by claiming it is racist, demonises Muslims, and “institutionalises” what it describes as “structural Islamophobia”, even though the Strategy manifestly addresses all forms of extremism, both Islamist, and Far Right. They and their affiliates use bullying and intimidation tactics akin to those used by HuT, branding Muslims that do not agree with their views as “islamophobes”, “House Muslims” and “supposedly brown.”

Despite living alongside Islamists with very fixed views of what Islam means, Palestinians living in Hebron have a very different attitude to MEND.

I will give the last word to Amal Al-Jubeh, Director of the Women’s Centre for Legal Aid and Counselling:

So there it is – directly from a Palestinian women living in Hebron. Islamism is not their Islam and Islamists should stop using their suffering in Palestine as a tool to garner support for the Islamist agenda.

Shame on those far left sections of Labour for platforming Islamists and sharing in their rhetoric on Palestine. And respect to those bravely standing against illiberal, intolerant Islamist views in Hebron.

May the people of Hebron inspire us.