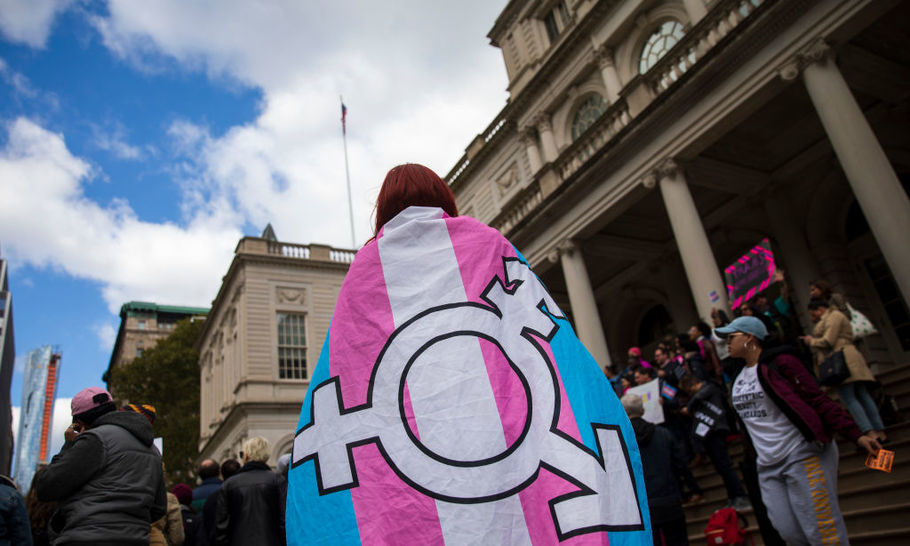 Can a biological male be a lesbian? If this question seems to you outlandish, it’s probably because you’re unaware of a new paradigm, in vogue in many millennial communities, progressive organisations, and University departments. This paradigm says that a transwoman can count as a lesbian; and that many do.

Though precise statistics are unavailable, many transwomen are exclusively female-attracted. Prior to transition, they’re what we would ordinarily call heterosexual, or straight: males stably attracted to the opposite biological sex. When transition occurs, this pattern of attraction usually persists. But, for some, it’s unacceptable to now think of themselves as straight – for this carries with it a lingering connotation of manhood, now rejected. Hence some transwomen self-identify as lesbians. They do so even where their transition is only social, and not medical – which is most of the time. The rest of us are now urged to accept the phenomenon of a ‘lesbian with a penis’, or even a ‘girldick’.

When a group of lesbians called ‘Get the L Out’ disrupted the London Pride procession last year with banners saying ‘lesbian=female homosexual’, many were quick to express disgust at what they assumed was transphobia. When  Labour activist Lily Madigan got involved in a Twitter argument last week with a lesbian academic about whether transwomen could be lesbians, many automatically took Madigan’s side, assuming this must be straightforward bigotry towards a vulnerable transwoman. However, a closer look at some documented background concerns here should slow down the knee-jerk outrage in both cases.  In a nutshell, the main general concern – which is a structural one, and not directed towards any particular trans individuals – is  given existing misogyny, when you admit males into a formerly female-only domain, certain predictable and harmful things start happening to females.

I’ll focus here on two such predictable things. The first is that, to put it crudely but accurately, males start badgering females for sex. A familiar phenomenon since time immemorial, one might think, though this time with an added twist: progressives are facilitating. Some trans ‘lesbians ‘ complain that lesbians won’t consider them as potential partners. Their focus is lesbians, because hitting on straight women might threaten the preferred narrative: a straight woman is attracted to men, after all. The resistance of many lesbians to have sex with male-bodied people is framed as a matter of inequality rather than orientation, and therefore something to be corrected in the name of progress. Lesbian resistance is sometimes referred to as the ‘cotton ceiling’, crassly riffing on the idea of a promotion ceiling for women at work, but substituting images of glass with that of underwear. Equally, sometimes those resisting are called ‘TERFs’, because it is assumed that their resistance is a result of trans-exclusive radical feminism, rather than because they are homosexual.

Impervious to the point that not being attracted to male bodies is the sine qua non of lesbianism, progressive academics and organisations are unstinting in their support of this quest to overcome lesbian boundaries. So, for instance, UK LGBT charity Stonewall is currently sponsoring transwoman Morgan Page to become a ‘transgender leader’. A few years back, Page was the organiser of a Toronto workshop ‘Overcoming the Cotton Ceiling’, but, despite advocating for lesbians as part of its remit, Stonewall apparently doesn’t mind. Diva magazine, a publication ostensibly exclusively for lesbians, proudly advertises itself as trans inclusive. Another popular publication aimed at lesbians explains how to have lesbian sex with a transwoman. And a recently advertised conference at the University of Brighton asks ‘How can gay space be made more trans-inclusive?’ citing ‘groups, bars, bedrooms’ as relevant examples. It’s not hard to work out whose bedrooms they’re talking about. (Hint: it’s not straight people’s).

When questioned, such organisations tend to dismiss any concerns by talking generically about consent: “If a person of any gender doesn’t consent to sex with a transwomen, then of course that’s not OK!” (said vehemently). But this ignores other insidious effects of construing homosexual orientation as a form of unkind exclusion. These impinge in particular upon lesbians whose sexuality is emerging. Very often, young lesbians gravitate towards queer communities, where ideas of trans ‘exclusion’ are now endemic. Male socialisation guarantees that male voices will be loudest in these communities, irrespective of self-identified gender. Meanwhile, female socialisation makes it likely that females will be the ones to placate, to reassure, and to go along with things. Message boards testify to the confusion and shame that this can bring to lesbians trying simultaneously to discover their sexuality, and to do the right thing by people they perceive to be marginalised. The relative lack of similar narratives from gay men tells its own story.

There’s another reason facile assurances about consent won’t help here. For if males with penises can be lesbians, then what counts as consent? A transwoman with a penis who failed to disclose her status as such to a new lesbian sexual partner might normally be thought of as raping her, since informed consent was in effect absent. Yet if transwomen are to be thought of as lesbians too, the case for rape by deception is much harder to make. Some theorists even argue, egregiously, that this is in fact as it should be, handily ignoring the fact that residual differentials in size, strength, and aggression between the sexes mean that any such legal change could only tend to disfavour females.

A further familiar objection is to point to lesbians already in sexual relationships with transwomen: are you saying that these females aren’t lesbians either? (said indignantly). Here, admittedly, appropriate classification is more difficult, especially since, as noted, the category of transwomen as potential sexual partners ranges from wholly ‘passing’ MTF transsexuals with vaginoplasty to unreconstructed bodies with male genitalia and no hormone treatment. Perhaps lesbians can be sexually attracted to ‘passing’ transsexuals without automatically counting as bisexual; perhaps not. It’s complicated to say. But either way, note that this is a very different question to whether males can count as lesbians, and is often introduced rhetorically as a distraction from that question. (An even dafter distraction tactic, which I’ll ignore here, is to question whether the category of females exists at all).

A second predictable thing that happens in mixed-sex domains is that, due to well-entrenched habits on the part of both sexes, males soak up attention and resources. This is particularly pernicious when female members in the group already face inequality within wider society, as lesbians do. Charity spending and political focus from LGBT-focused organisations tends to prioritises males over females; males often outnumber females in senior positions in both gay and trans advocacy organisations; organisations formerly aimed exclusively at helping lesbians have been forced via social pressure to widen their remit to admit males and so diffuse their focus. Gendered habits of socialisation unfortunately aren’t discarded along with pronouns.

Classification isn’t aggression. Rather, it furnishes us with a rich variety of conceptual tools to name different aspects of reality. Avoiding naming female homosexuals, as such, won’t mean female homosexuals cease to exist. It will just mean we can’t talk about them properly, and so can’t advocate for them as a distinct group, with a distinctive history and set of interests. In other words, lesbians will no longer have effective political representation. This is devastating, given the long history, extending to the present, of discrimination against lesbians for being sexually and reproductively deviant from the female heterosexual norm.

For these reasons, all genuine progressives should firmly defend the definition of a lesbian as a female homosexual. They should refute any charge of unkindness, in doing so. ‘Unkind to whom?’ one might well ask, since the interests of vulnerable females matter just as much as those of transwomen, no matter what you might have lately heard. Female-attracted transwomen can have our strong support without usurping the category of lesbians.

Kathleen Stock is a Philosophy professor. Her article ‘What is Sexual Orientation?’ is forthcoming for publication later this year